Having a nice cuppa is a British tradition that goes back a couple of centuries. However, when someone invite you to a cuppa they don’t mean a $300 cup, if you fancy that kind of cup of tea you’ll have to head to the Royal China Club on Baker Street in London. The restaurant now offer Da Hong Pao tea, also known as Imperial Red Robe. The roasted fruity-flavored tea handmade from tender leaves go through a process that includes getting baked over charcoal in small batches to generate its dark cocoa aroma. Precious is served at precisely 95°c to make sure it retains the flavor and aroma as it should be.

So, why this is so pricey? This extremely-seasonal Oolong tea is available for harvest only on certain days of the year and then have to leave them 80 long years to mature. It has a history that goes back to the Qing Dynasty in early 18th century. According to legend, Emperor Da Hong Pao (tea is named after him) protected four tea bushes with great red robes, the tea that helped cure his sick mother came from them. Served only to royalty and other world leaders previously, this extremely rare tea has been auctioned in public in the past just three times. It cost the buyer $23,000 for 20 grams in 2002. 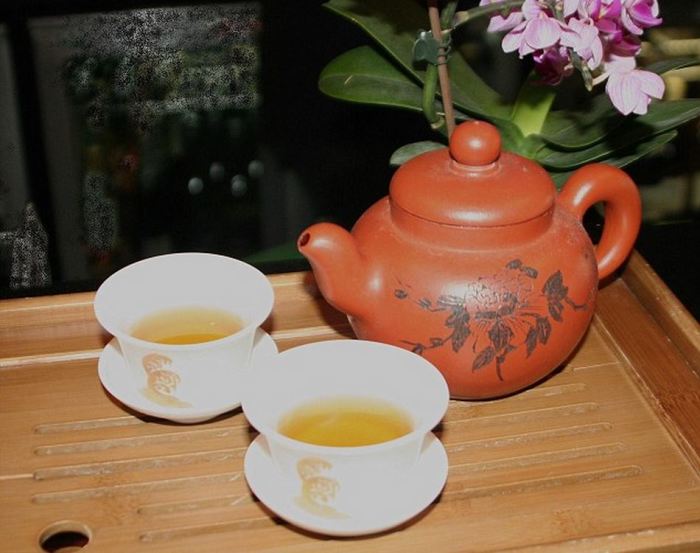