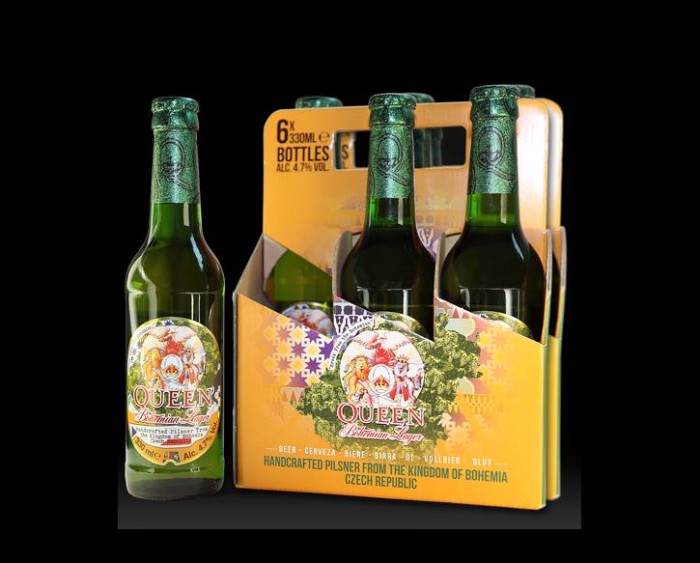 Britain’s Queen is releasing a new beer, a lager to be exact. No not her, it’s them – Freddie Mercury’s rock band Queen. After their successful release of official vodka “Killer Queen” earlier in the year, the band has decided to expand their line of beverages with a beer – in this instance to celebrate 40 years of Bohemian Rhapsody. The Bohemian Lager is a 4.7% pilsner handcrafted in Czech Republic from just three ingredients – water, Czech barley malt and Noble Saaz hops.

You ask – why Czech Republic and their barley? For a better part of history western half of Czech Republic was part of the Kingdom known as Bohemia. The Kingdom of Bohemia was also a part of the Holy Roman Empire. Important to note the name “Bohemian” in the song title does not refer to the Czech region but to the unconventional nomadic/gypsy lifestyle group of musicians led some 100 years ago.

Enough of history lessons back to the Bohemian Lager. It is a beer described as a “golden, hoppy lager” with an IBU of 33 and an abv of 4.7%. The bottle features a crest – designed by non-other than Freddie Mercury himself while he was a student at Ealing Art College in London. The band plans to initially release them in UK and Europe this summer and worldwide later.