Let’s add a donut to the most expensive food list. Fancy donut-maker Krispy Kreme and London department store Selfridges have gotten together to create world’s most expensive donut, ever. To mark UK’s National Doughnut Week, two companies have created one extravagant donut that they unveiled at an exclusive event in Selfridges’ iconic Oxford Street store. If you decide to splurge on one it will cost £1,000, which will be around $1,700. 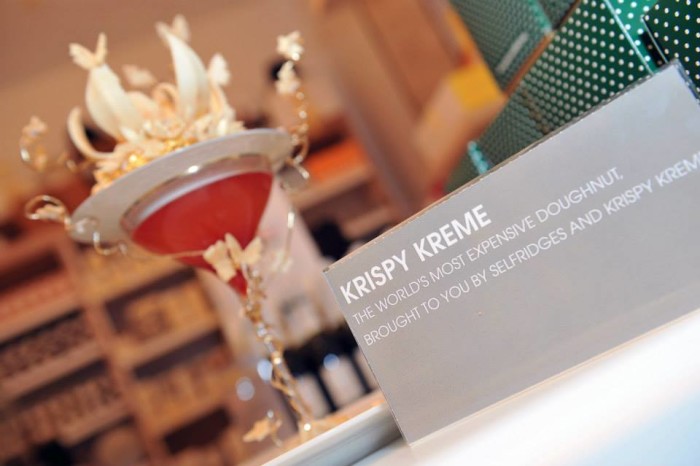 Pricey donut comes filled with pricey ingredients that include a Dom Pérignon vintage 2002 champagne jelly with a raspberry and Chateau d’Yquem crème, if you don’t know what that jelly doesn’t ask me, never had this kind of spoils in my life. Ritzy donut is finished with a passion fruit glaze, then covered in edible 24 karat gold leaf and decked with a handmade 23 karat gold dusted Belgian white chocolate lotus flower, blossoms, ivy, butterflies and edible diamonds – all this and bit more. The expensive donut then took its place on a Krispy Kreme Cocktail, which is a mixture of raspberry and passion fruit syrup, 500-year-old Courvoisier de L’Esprit Cognac and 2002 Dom Pérignon champagne. 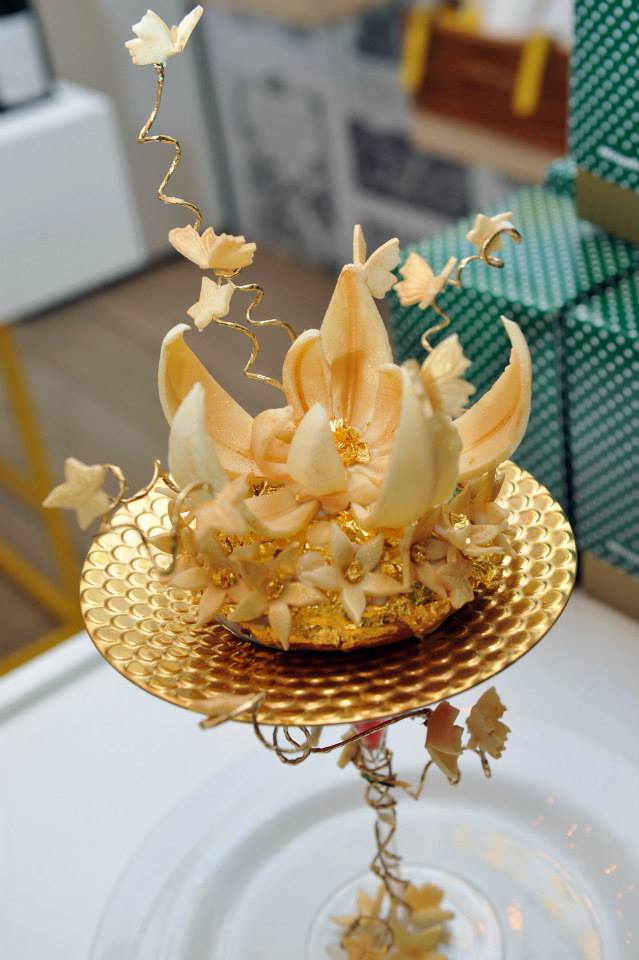 It took Krispy Kreme 3 days to complete from baking to decorating the donut. The World’s Most Expensive Donut was then raffled off for charity.