The first Langham Hotel opened in London in June 1865 had an opening ceremony performed by the Prince of Wales. Over the years it became a favored spot for royals and celebrities alike. Their who’s who of famous patrons include Napoleon III, Oscar Wilde, Mark Twin and Winston Churchill to Princess Diana. Even Sir Arthur Conan Doyle set a couple of his Sherlock Holmes stories at the Langham. This year the flagship Langham Hotel, London is celebrating its 150th anniversary and the entire hotel group including the Langham Place, New York celebrating the occasion. 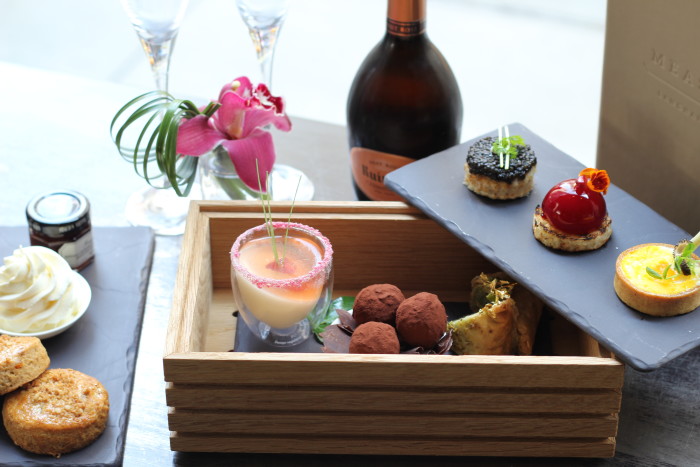 Chef David Vandenabeele and the team at Measure Lounge have put together a luxurious version of their Modern Afternoon Tea and at $150 per person, this is now one of the most expensive afternoon teas ever served anywhere in the world. It will be served every weekend this month and a reservation at least 24 hours in advance is a must. Menu items below will give you an idea as to why it is priced $150 and why they need a reservation a day ahead. 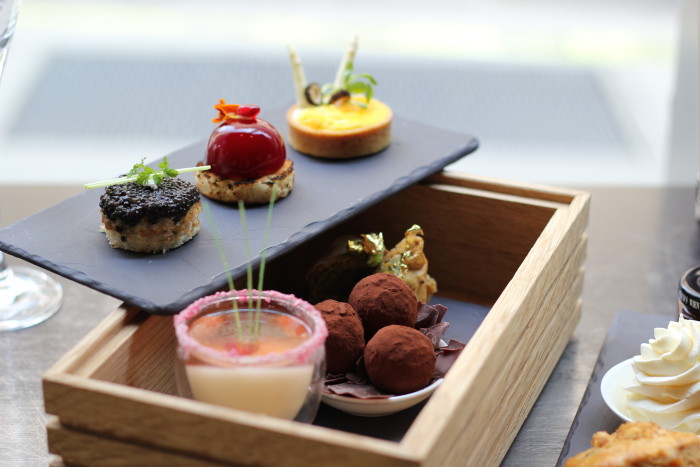 To wash down your savory and sweet treats they serve a selection of exotic teas by In Pursuit of Tea and a 1/2 bottle of Champagne. Don’t worry they haven’t forgotten the afternoon tea staple scones – housemate Ginger Nutmeg and Orange scones are served with Wild Berry Jam and Clotted Cream.