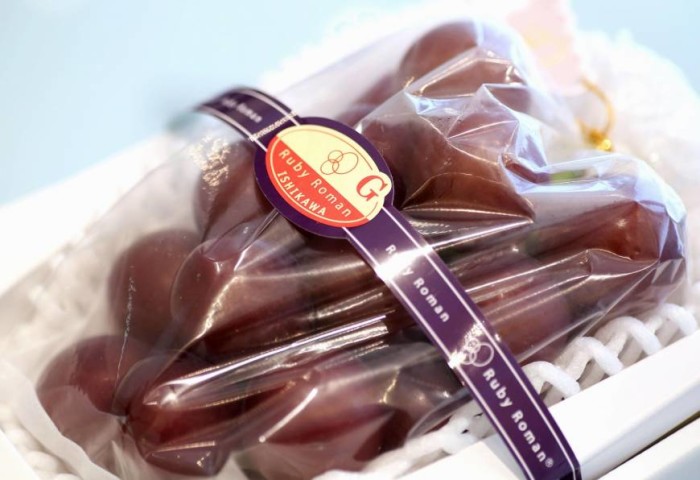 In Japan fruit business is serious business, as they are a very expensive commodity in the country. In April this year, a pair of Egg of the Sun mangoes fetched a record breaking price of $3,000 at auction. This time around we hear from Japan’s public broadcaster NHK, a bunch of around 30 Ruby Roman grapes weighing 28 ounces (800 grams) was sold for another record breaking price – ¥550,000 ($5,400) on Saturday.

Labeled as top-notch grapes, each grape individually costs a whopping $180. Grapes were bought buy a wedding hall operator, he plans to serve them at the wedding hall in the city of Kanazawa in Ishikawa. Speaking to NHK hall owner said, “I was surprised to see a higher price than I had originally imagined, but I would like bridal couples to savor them and have a great memory.” Each grape can reach 1.2 inches (3 cm in diameter).

Saturday was the first day of the buying season in the Ishikawa prefecture, hence all the drama. Around 30 bunches of Ruby Roman grapes were auctioned on Saturday and the first bunch reportedly fetched ¥100,000 ($980). 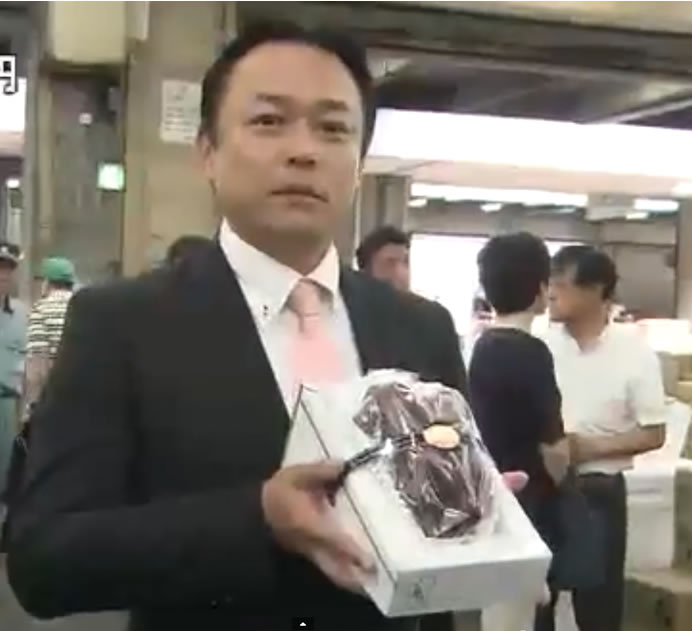