Paris is one of the world’s most beautiful cities, there are stories and art to inspire you everywhere you look! In a city where every corner is an Instagram photo, something as mundane as subway tiles are the last thing you would notice. It takes a creative genius like the Parisian design studio Noir Vif to take something bland like subway tiles and turn them into appetizing Paris Metro Chocolate bars!

The Paris public transportation operator, RATP, is celebrating the 40-year anniversary of the Paris Regional Express Railway (RER) network. The RATP requested Noi Vif to create something memorable for the occasion and voila! Noir Vif’s product designers AndrÈ Fontes and Guillaume Lehoux drew inspiration from the everyday details of the stations and used the most basic building block of the station to build their concept. 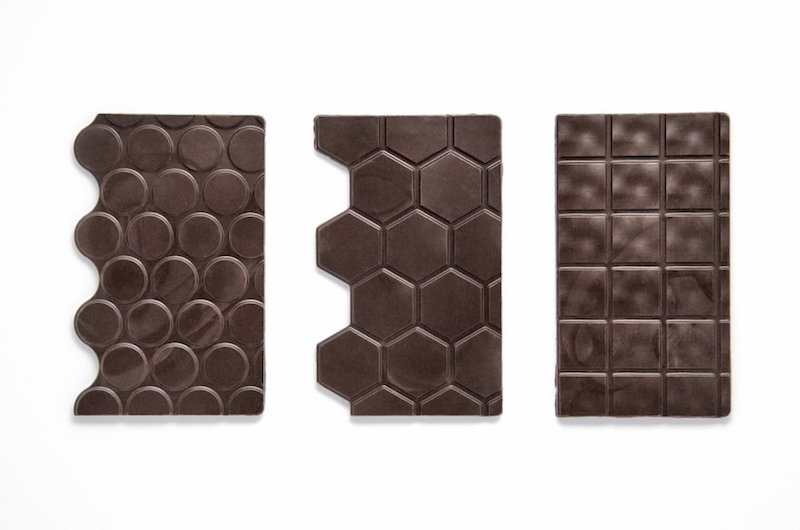 Noir Vif designed chocolate bars to look exactly like the tiles in the Paris metro stations. The details and design of the chocolate bars embody the characters, colors, and patterns of ‘Briare enamel tiles’ that have adorned the walls of the train stations since the late ’70s. There are three different chocolate tile designs and each pack comes with a small piece of the tile as a keepsake with a matching chocolate bar. Never thought one would say this but, subway tiles look delicious!

The Paris Metro Chocolate bars aren’t the only treat – the packaging is a visual treat too! It really sparks that emotional connection that a Parisian has with their daily commute even though it might seem like a mechanical task. It is an edible delight for those daily commuters to make their journey a little more sweet and less boring. You can also learn about the station’s history from the package – some light reading while you travel. The chocolate bars are truly an homage to the Paris Regional Express Railway and for the city’s love of desserts. Parents in Paris can now tell their kids to not eat off the floor, but eat the floor itself! Get yours from Petits Carreauxde Paris.