Who would’ve thought a utopian luxury chocolate maker would be the one to make chocolates based on a dystopian movie. Yet, here we are – sometimes opposites do attract. Chicago-based luxury chocolatier, Vosges Haut-Chocolat has released a range inspired by the blockbuster sci-fi movie Hunger Games. 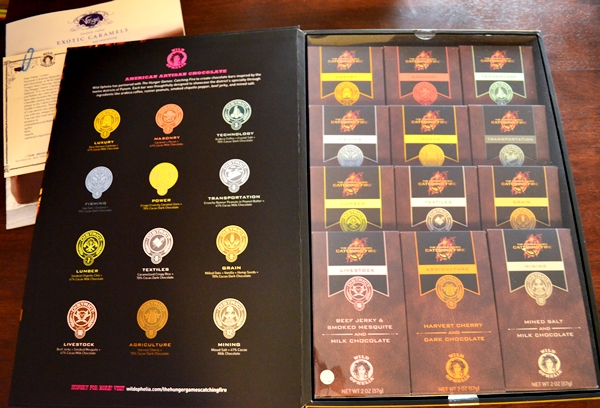 For $225 you can get a box of Hunger Games truffles dubbed The Capitol. Then there is The Hunger Games Wild Ophelia Chocolate Bar Library – with 12 bars of chocolates representing each of the districts of Panem for $65.

For $5 each, you can taste a bar of milk chocolate in beef jerky & smoked-mesquite flavor that represents livestock producing District 10, or a smoked chipotle chili flavored milk chocolate bar representing Lumber industry of District 7. The District chocolates are part of Vosges’ grocery store line, Wild Ophelia. They are sold only at Walgreens, Kroger, and Safeway grocery chains. 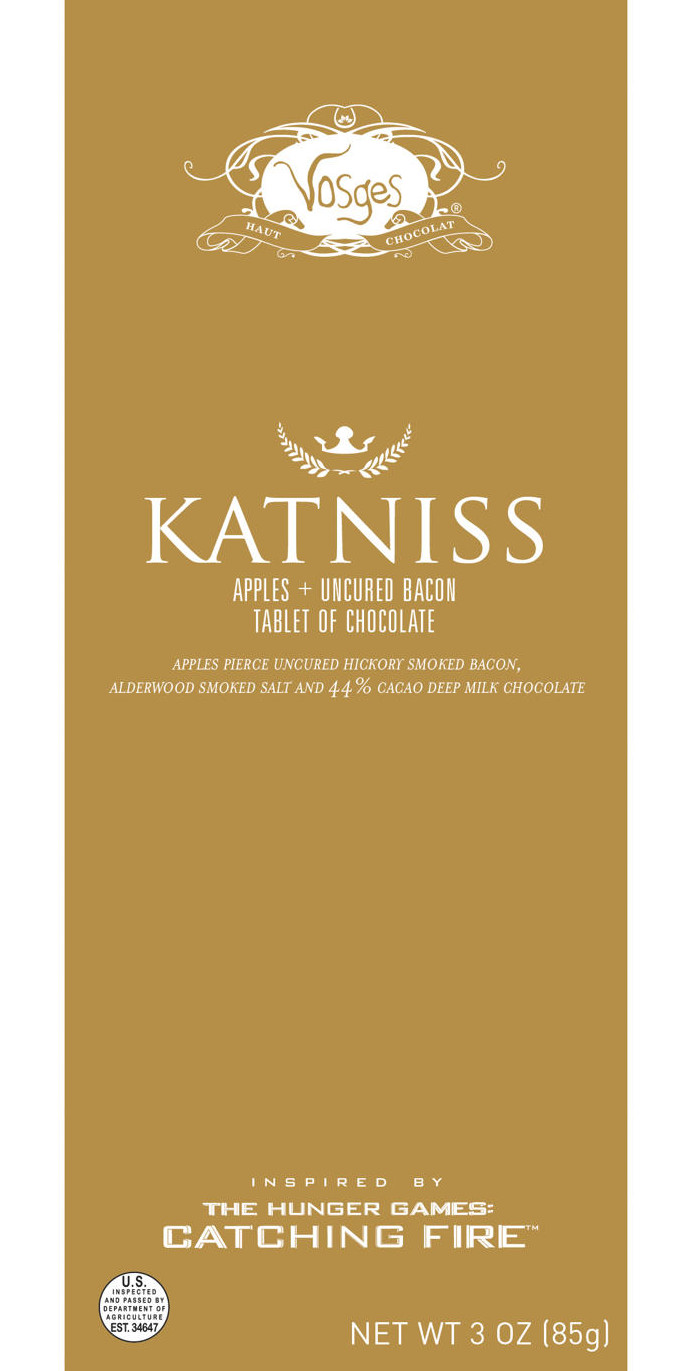 The Capitol Truffle box contains 18 different truffles in sets of two of in flavors such as rosemary and pink peppercorn in white chocolate and candied walnuts and banana in dark chocolate. Accompanying underneath the truffle box is a treasure trove of 16 compartments carrying small vials of crushed violet petals, pearl dust, gold leaf and matcha tea and a set of mixology instructions for fans to create their own cocktails. You get a bit more than truffles for $225.

If Katniss Everdeen is a chocolate, Vosges Haut-Chocolat firmly believes she would be a milk chocolate flavored in hickory-smoked bacon and Alderwood smoked salt.