To celebrate its 200 year anniversary, the preeminent Cognac maker, Hennessy, announced the US launch of its newest Cognac, Paradis Imperial. Hennessy’s master blender Yann Fillioux has created Paradis Imperial, inspired by the legend of an 1818 order of a unique blend of rare cognacs for Tsar Alexander I of Russia.

Paradis Imperial’s flavors and aromas are many and varied, with hints of jasmine, orange blossom, and essences spiced with smoky accents. Most exceptional eaux-de-vie with the finest texture have been selected, which can only be achieved through lengthy maturation. Paradis Imperial’s inimitable light amber color and soft celadon reflection are due to its remarkable composition. 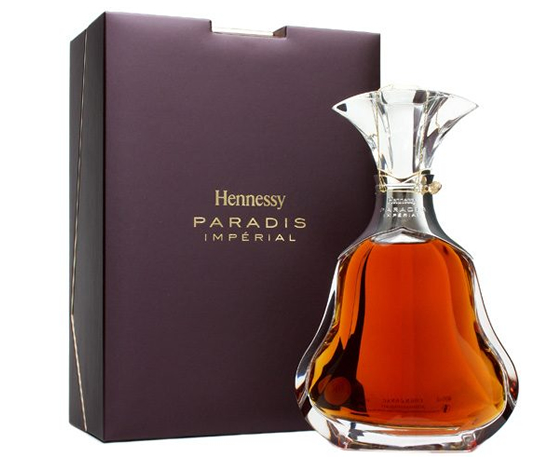 “Paradis Imperial is a blend of the finest eaux-de-vie, singled out immediately after their distillation. This exceptional eaux-de-vie, that represent less than 1% of the eaux-de-vie of a given vintage at the original selection, are between 30 to 130 years-old and are matured with individual care and attention in old casks before being used or poured into “Dames-Jeannes.” After this maturation process, only one out of 1000 eaux-de-vie of a given vintage will become part of the Paradis Imperial blend.”

Stephanie Balini designed Paradis Imperial Decanter is the silhouette of the stunning crystalline glass decanter in iconic Hennessy shape, with a luxurious crystal cabochon that tops the 18-carat gold and silver collar. Each bottle of Hennessy Paradis Imperial is encased in a luxury gift box and individually numbered. The bottle is available throughout the US with an average price of $2,700.