Alright, who wants to taste one of the most expensive beef burgers ever made on Earth? I bet it’s anybody’s and everybody’s dream. Now don’t get too excited by this newest introduction. Yes! Believe it or not, now you can eat a massive wagyu beef hamburger named as “the Golden Giant Burger” costing a staggering 100,000 yen ($908), which is completed with gold-dusted buns and expensive ingredients including foie gras (the liver of a specially fattened goose or duck) and shaved black truffles.

The innovative and the creative Chefs at the Oak Door steakhouse of the high-class Grand Hyatt, Tokyo’s latest culinary concoction, have created and unveiled this massive, unique burger recipe to celebrate the ascension of the new emperor Crown Prince Naruhito which is scheduled to take place on May 1.

Who will want to enjoy solemnly this giant burger with a width of 25 centimeters, height of 15 centimeters and a weight of 3 kilograms? No one but a group six to eight people can easily satisfy their hunger by sharing it accompanied by a bottle of wine according to the sources of Oak Door steakhouse. 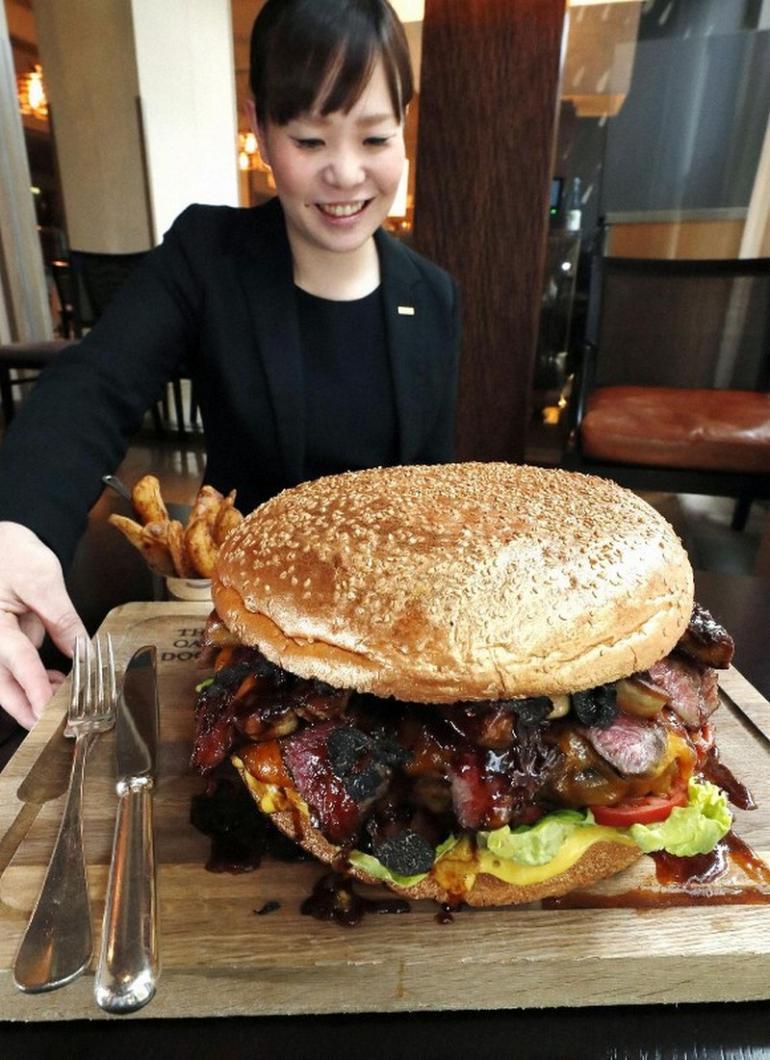 If you happen to visit Tokyo’s posh Roppongi district, between the period of April 1 till June 30, then go through this once in a lifetime culinary experience, thanks to the celebrations of Japan’s 248th imperial era.

Right throughout this royal celebration period – commencing with the government’s unveiling of the name of Japan’s new era on April 1, starting the country’s 248th imperial era on May 1, when Crown Prince Naruhito ascends the throne following his father Emperor Akihito’s abdication the previous day – this Golden Giant Burger will be available to treat your taste buds. Keep in mind that this giant burger will be sold until the 30th of June.

There will not be any other way to show the sincerity to such a great and humble 85 -year-old emperor who will become the first living monarch to step down in about 200 years and to welcome the dawn of the new era, other than introducing the most expensive Golden Giant Burger.

What a golden way to celebrate the dawn of another Golden imperial era “the Golden Giant Burger”.