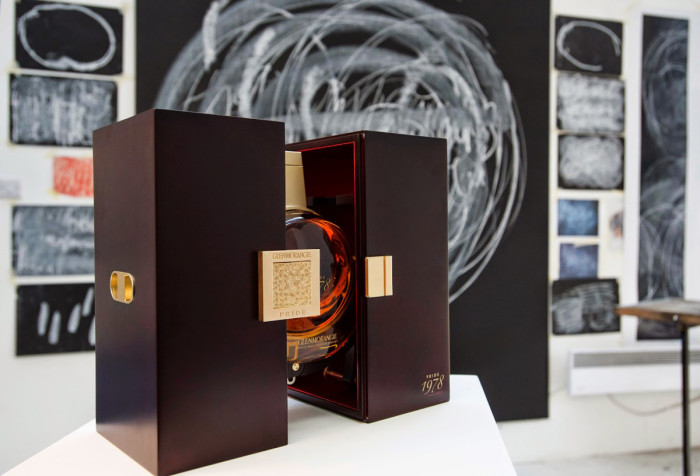 The rarest and the most exquisite whisky ever released by the Scottish distillery Glenmorangie is now available in the market. The 34-year-old single malt named, Glenmorangie Pride 1978 is also company’s most expensive whisky to date with its £3,400 (approx. $5,800) price tag. A limited edition with just 700 bottles available for worldwide distribution, they come in a specially made “Unnecessarily Well Made” piece of artwork, titled ‘Disappearing Casks’ created by artist Idris Khan.

Glenmorangie Pride 1978 did not start as a 34-year-old vintage, initially it was to age for just 19-years. Single malt was extra-matured for additional 15 years in French Premier Grand Cru claret casks. Only five casks of this whisky were laid down, making this latest single malt extremely rare. Glenmorangie’s director of distilling and whisky creation Dr. Bill Lumsden called this the brand’s “most exquisite” edition yet. 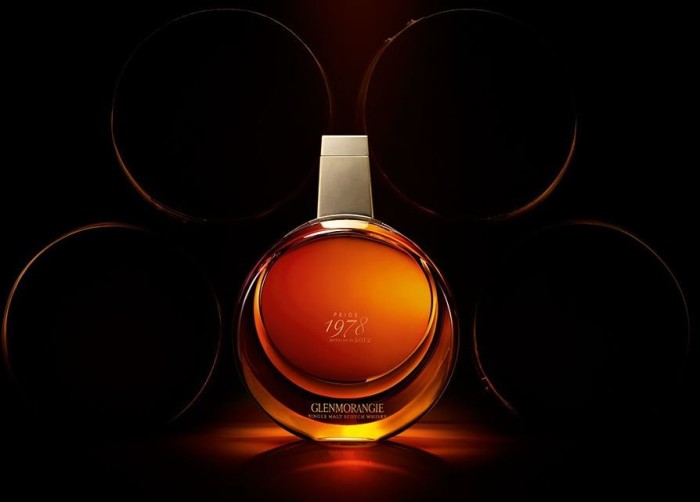 The rich and luxurious whisky has a burnished copper color with scents of chestnut, toffee, almond marzipan and cherries. Its flavors is a mix of fruits and spices that include apple, plum cherries, apricot, clove, aniseed, cumin toasted oak and eucalyptus. Fudge vanilla, citrus fruits, milk chocolate and café au lait gives the whisky a great finish.

Bottled at 47.4% abv Glenmorangie Pride 1978 will be available from Glenmorangie’s online shop as well as from specialist retailers and department stores. 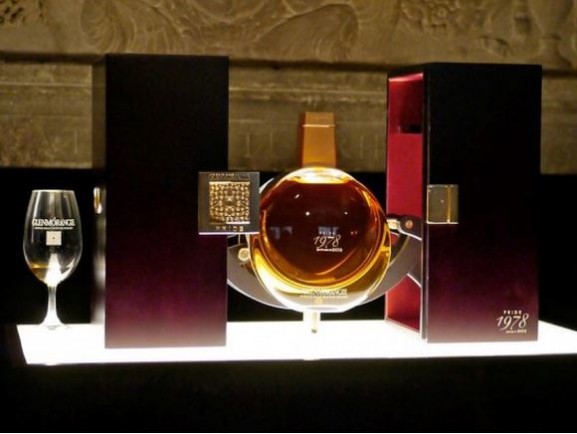 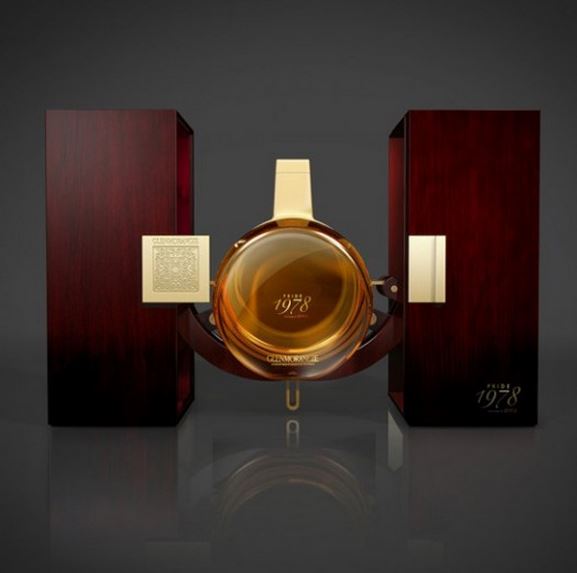