I don’t know if Game of Thrones Wines going to be same like the Fifty Shades of Grey wines. One thing we all know is both franchises are involved in drinking copious amounts of wine in the books and on the screen. Game of Thrones now following 50 Shades lead in releasing their own branded wine collection. HBO has partnered with Vintage Wine Estates in Santa Rosa, CA to release three different officially licensed Game of Thrones Wines.

GOT collection includes a white and two reds – a Chardonnay (retail $19.99), Red Blend (retail $19.99) and a Cabernet Sauvignon (retail $39.99). HBO and Vintage Wine Estate decided to decorate the bottle labels by borrowing parts from the coat of arms signs of the three main families. They borrowed the stag from House Stark, the dragon from House Targaryen and the lion from House Lannister – printed in gold on a black background. 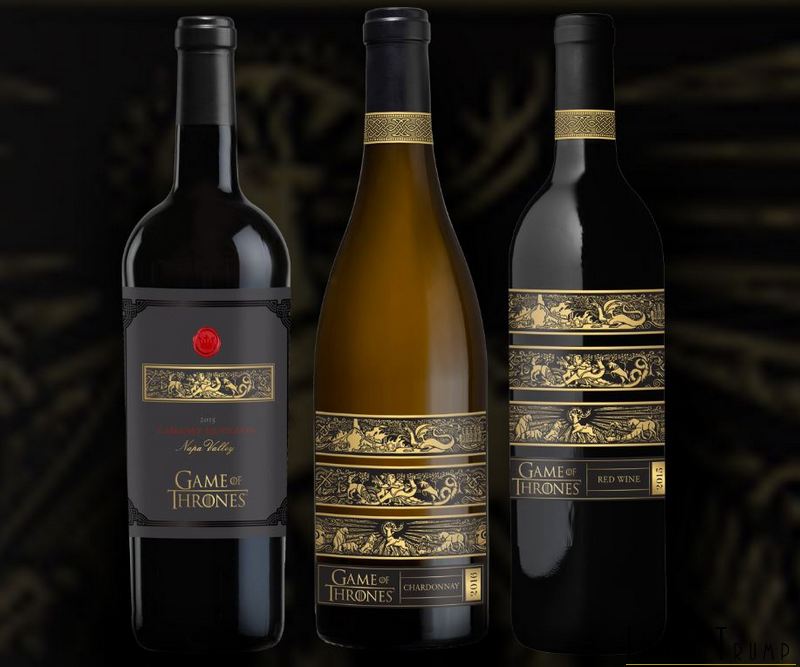 They sure drink a lot on the show, no doubt Tyrion Lannister mastered the art all by himself. Jeff Peters, HBO’s director of licensing and retail said: “Given the prominent role of wine on ‘Game of Thrones’ and our previous success in the beverage category, an officially licensed wine for the show feels like a natural extension for our fans. ‘Game of Thrones’ wines most definitely will add to the fan experience as the battle for the Iron Throne heats up heading into the final seasons.”

Season 7 is due to premiere in July next year. According to Vintage Wine Estate, they plan to release Game of Thrones Wines nationwide in March – well in advance, so fans can stock up and be ready for all of it to start. There is no news about distributing GOT wines abroad. It would be funny if Westeros wines end up at Waitrose in the UK.