For Christmas shopping wine connoisseurs of the world, wine merchant Le Clos has unveiled a Balthazar of Château Margaux 2009, with a price tag of $195,000 attached. The Château Margaux 2009, the most expensive bottle of red wine ever, is on display at Le Clos’ flagship store at Dubai International. Bottled for the first time ever in its 400 year history, only six Balthazars have been produced with only three offered for sale through Le Clos.

Exquisite wine’s gold engraved bottle come housed in a specially made oak case with steel legs to symbolize the barrels resting in the Château Margaux cellars. The Château Margaux 2009 is considered one of the best vintages ever produced since ownership changed to Mentzelopoulos family in 1977. 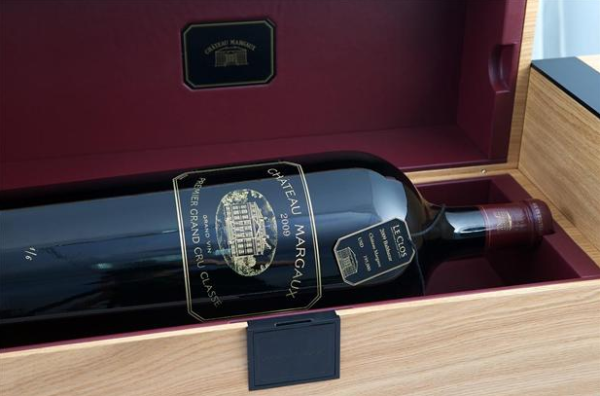 In addition to buying the world’s most expensive bottle of red wine, the buyer will be flown to France in first class and given a private tour of the Château Margaux’s the first growth’s estate, vineyards, and cellars. Afterward a private dinner at the Château with Chief Winemaker and Managing Director of Château Margaux, Paul Pontallier.

Le Clos describes Balthazar as a wine, having a wonderful concentration, ﬁnesse, balance and freshness with a finish that remained fresh, flavorsome and of astonishing length.