Frito “who” Lays are so not in the class of this new chip on the block from Sweden, S:t Erik – the world’s most expensive potato chip. Swedish brewer, S:t Erik decided regular supermarket chips are not worthy of their luxe high-quality craft beer. To correct this little first world problem, the company decided to bake their own with the best quality and rare ingredients available in all of Sweden. They roped in Swedish chef Pi Le (no, not him) to get the task done. The result is a box of five potato chips at Swedish Kroner 499 (about $56). And the rest, as they say, is history. 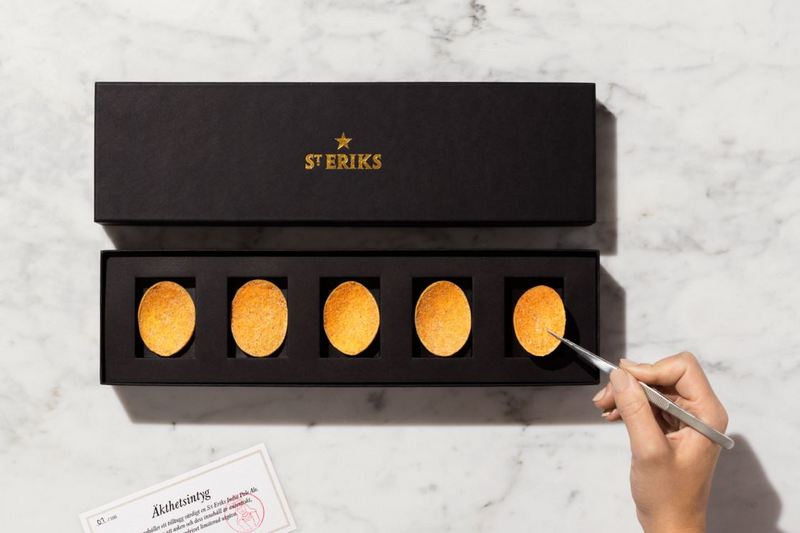 “St: Erik’s Brewery is one of Sweden’s leading microbreweries and we’re passionate about the craftsmanship that goes into our beer. At the same time, we felt that we were missing a snack of the same status to serve with it,” brand manager Marcus Friari says in a statement. “A first-­class beer deserves a first-­class snack, and this is why we made a major effort to produce the world’s most exclusive potato chips. We’re incredibly proud to be able to present such a crispy outcome.”

So generous unlike Frito’s, S:t Erik’s listed all the special ingredients on their website for everyone to see. Or this is just a ruse to get someone to challenge them for a most expensive potato chip making duel. Either way, the ingredient list includes Matsutake, a sought-after species of mushroom that tastes like cheese, hand pickers of these wear cotton gloves to protect quality. 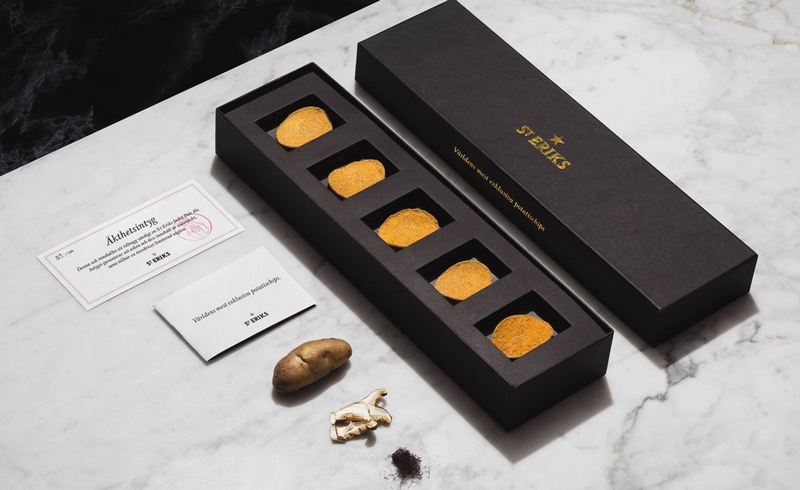 Other ingredients include – special truffle seaweed from the Faroe Islands, fresh Swedish crown dill from Bjäre Peninsula, sought-after Leksand onions from the small Swedish town Leksand and India Pale Ale Wort to add a bit sweetness to the chips, same thing they use for their beer. Now to the all-important potato – they used an almond-shaped variety named Ammarnäs, cultivated in very limited numbers in a steep hillside area with stony slopes. These slopes are so difficult to access by modern agricultural equipment, farmers have no other choice but plant and harvest potatoes by hand.

“All of the chips have been made by hand,” the chef says. “It took a delicate touch, a finely honed sense of taste and time to ensure that each chip would achieve a perfect balance between the various ingredients. The taste is a very Scandinavian one. … Most people recognize potatoes and onions, but what stands out is the quality. All of the ingredients are of a stature that not many will have tried before. These chips are an excellent accompaniment to craft beer, or simply enjoyed on their own.” 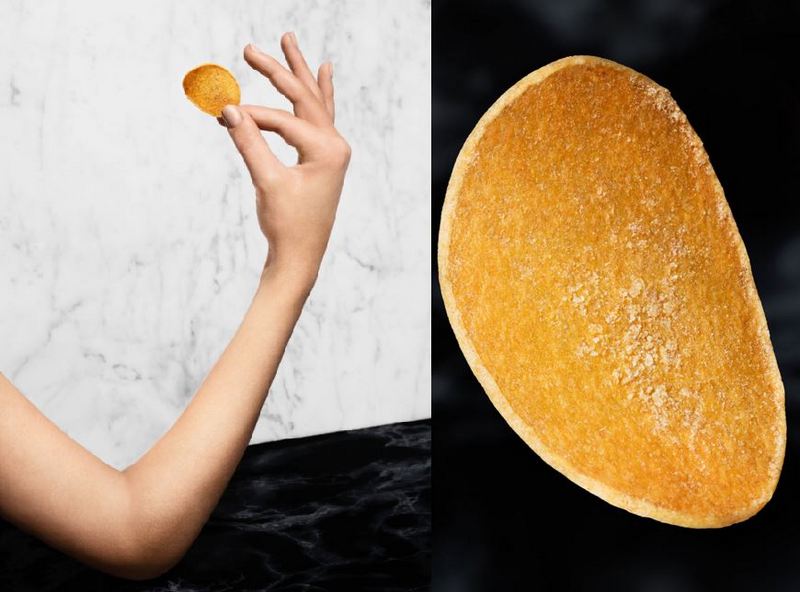 If you thought S:t Erik is struggling to sell their fancy $56 chips, you thought wrong. The limited batch of 100 boxes of five chips already sold out. There is no word on a second or more S:t Erik’s the world’s most expensive potato chip batches. They probably will make more as the first batch sold out in no time, and they are in a supply and demand business.