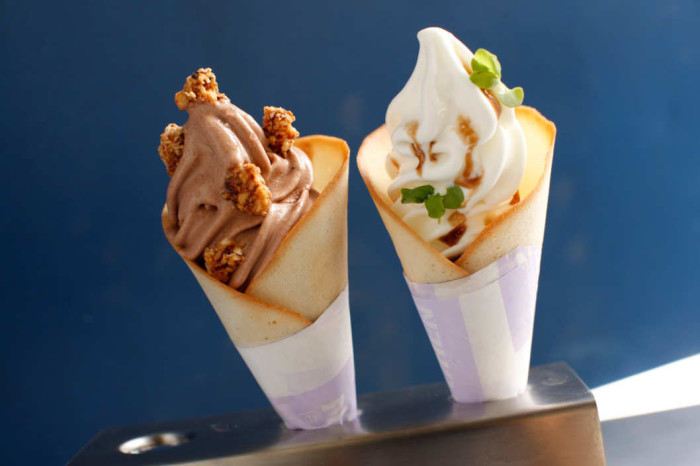 It is summer but we don’t have that summer heat yet. That however means nothing to Dominique Ansel and his new West Village ice cream parlor. Couple of weeks ago Ansel debuted two soft serve ice creams at his new joint Dominique Ansel Kitchen – one named Burrata and the other Gianduja. Ansel also trying to prove he can do more than just Cronuts and Cookie Shots. His new creations are not available all days and all times, they are served only from Friday through Sunday from 12 pm to 9 pm or until supplies lasts for the day. Make sure you turn up early as you know anything Ansel touches turn gold and fly off the racks.

The ice cream everyone talk about is the Burrata (an Italian cheese made from mozzarella and cream, not burrito misspelt). The cheese flavored off-white Burrata has more flavor added via gold balsamic caramel and green basil leaves giving it a sweet and savory dynamic. The bottom of its chocolate lined cone is filled with confit strawberry, so you get the best bits when you reach the end. Those who have actually eaten it says there is a hint of buffalo milk. 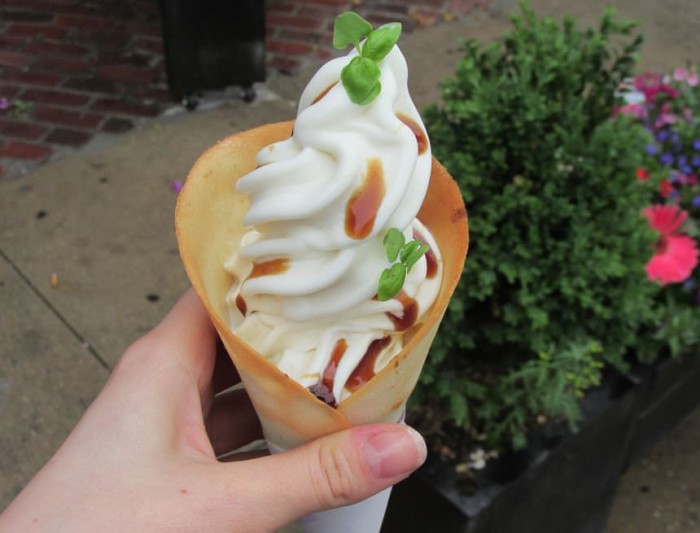 The Gianduja is for those who loves more chocolate and sweet tastes as it contains a bit of Nutella flavor. Lining the bottom of Gianduja is salted hazelnut brittle and you are going to find them topping the ice cream too. After filling the cone with soft ice cream to add a slight hint of tangy citrus taste, the counter staff sprays a sea-salt and orange mist. 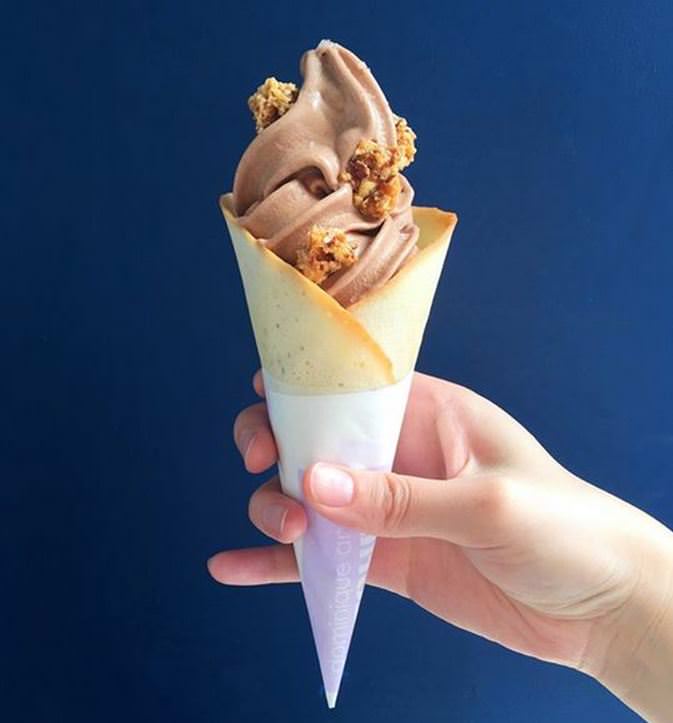 Those who cannot decide on a flavor has the opportunity to try the swirl that combines both Burrata and Gianduja. Other tidbits about new ice creams include that they are made from fresh ingredients and real milk. Using real milk also ensured ice cream tastes super creamy. The homemade cone said to taste like honey and almonds, they also serve them in cups. Cone or cup each ice cream flavor including the swirl costs $7.