Life after football for David Beckham is in the kitchen. No, it’s not Victoria’s kitchen. David has got into the restaurant business with Gordon Ramsay.

The Mediterranean-themed restaurant called Union Street Café is located in Borough, just south of the Thames. Russell Sage designed restaurant is scheduled to be opened in September. Images of the posh restaurant posted on Facebook and Twitter reveal the inside of the eatery, giving a sneak peak of what to expect. Described as an “urban warehouse destination”, with exposed brick, neutral colors and charming furniture, the restaurant is fitting in with its neighbors.

Ingredients for the promising menu will be supplied mainly from the nearby Borough Market and directly from the continent. With the open kitchen plan, diners will be able to watch how their orders are prepared – a feature brought over from another of Gordon’s restaurants.

Ramsay joked “David is going to be my sous-chef.” Now, if only Victoria allows David to be THE sous-chef! 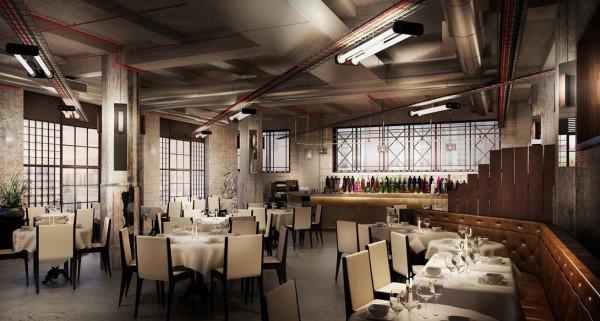