Today we have skulls. Tomorrow maybe skeletons. It’s October, you’ll never know what’s going to pop from around the corner. Canadian neighbors decided to do some thinking outside the box and decided to decorate their skull-shaped vodka bottle with precious stones. Crystal Head Vodka is a premium vodka brand founded by actor Dan Aykroyd and artist John Alexander in 2007. For this special edition named Crystal Head Vodka Aurora Magnum they teamed up with the London-based jeweler – The Great Frog. 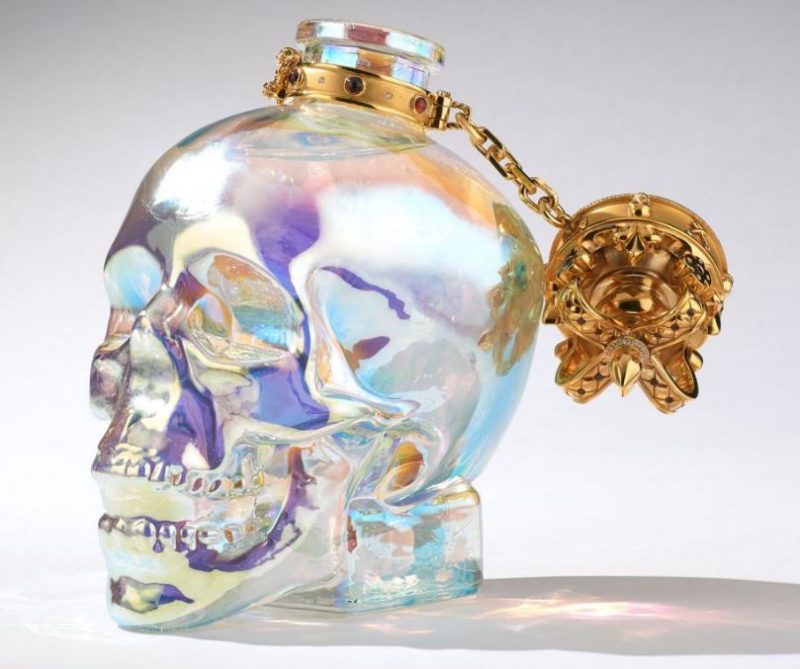 The jeweler did what jewelers do best – they bejeweled it. They started the glamification by adding an 18 karat gold-plated Crown Stopper. They then decorated it with over 100 rubies, sapphires, emeralds, garnets, amethyst and black diamonds. Not satisfied, they added a band of white diamonds in a pave setting around the collar. Being the talented craftsmen Great Frog are, they handcrafted everything including the piece of wax they used to cast the crown. 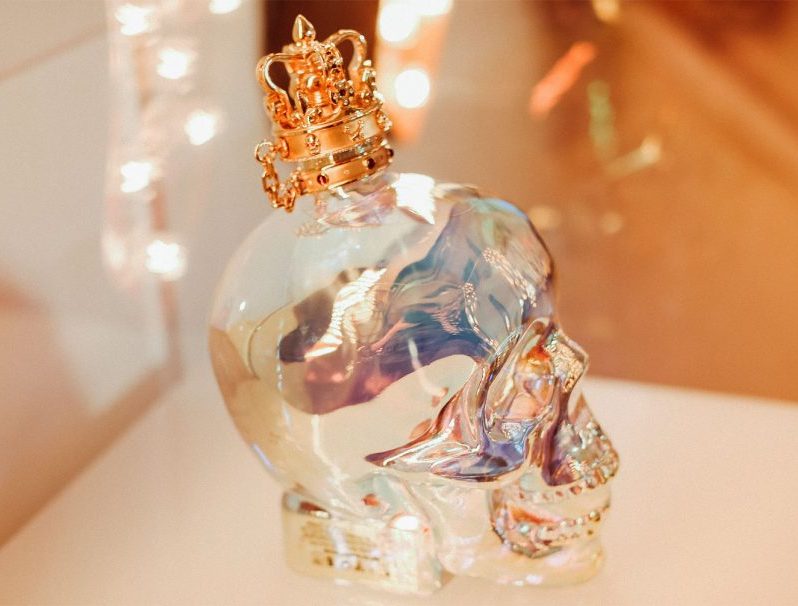 The brand has done all this to celebrate the launch of their new vodka – the Aurora Magnum. The additive-free vodka is made with wheat from North Yorkshire, England, and water from St John’s, Newfoundland. The long process of making it include distilling five times and filtering seven times. They used different grains for Aurora, which helped make it a drier, bolder, and spicier vodka. 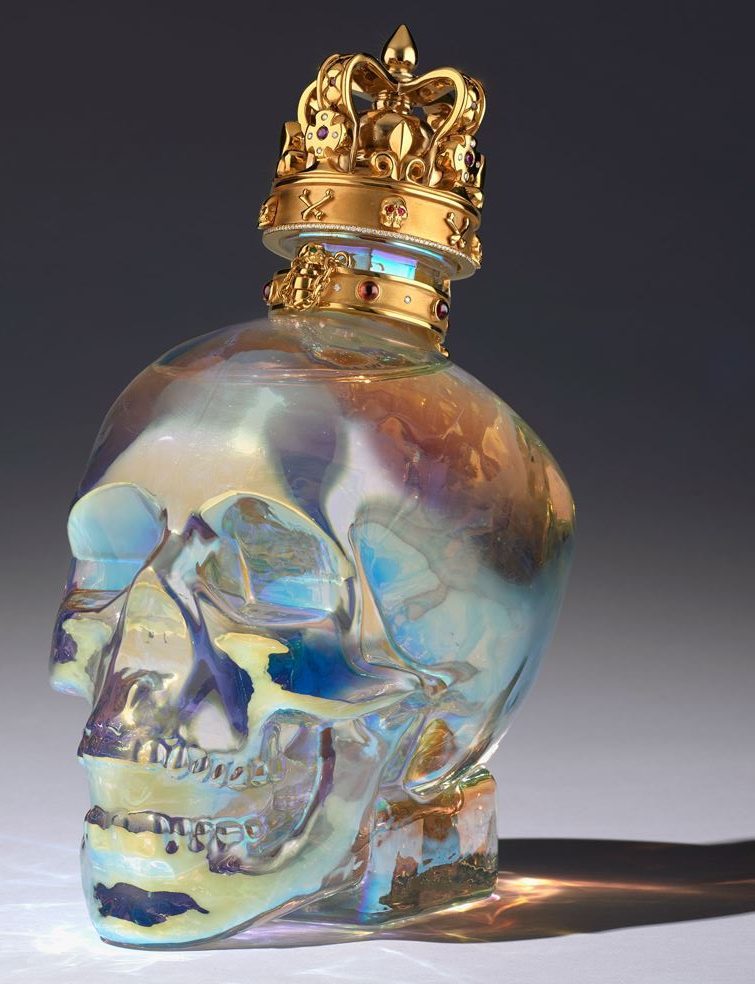 As for the name, they named the vodka after the Aurora Borealis, in simple English the Northern Lights. The bottle with unique iridescent finish pays tribute to the lights. Exclusivity has its price. The Crystal Head Vodka Aurora Magnum is priced at £10,000 that is about $11,200 and sold exclusively at Selfridges.