If you are gunning for a place in the Guinness Book of World Records for burgers, you have to make one that costs at least €2,000 (about $2,250). That’s exactly what Chef Diego Buik did to get the record for himself. Diego, mastered the art of hamburger making while working at the SoHo House in London. The Dutch native returned home to Rotterdam after a two-year spell in London and now work as head chef at the South of Houston in The Hague. After his return from London in 2015, he won an award for the best burger in the town of Rotterdam and now known as the unofficial Hamburger King of the Netherlands. 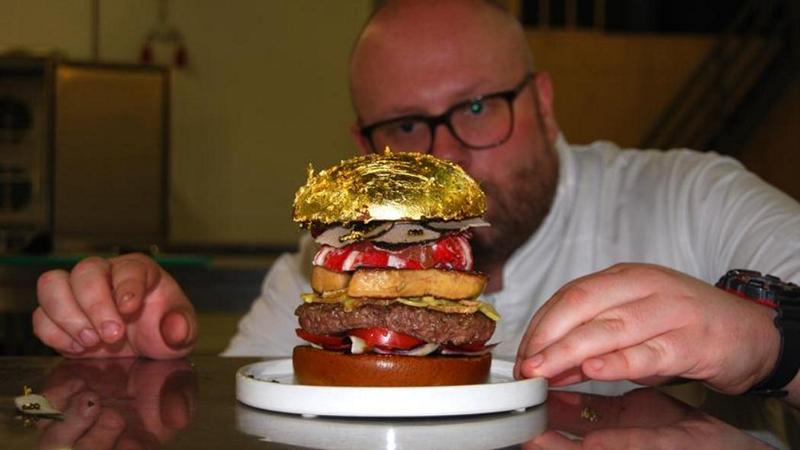 One thing for sure is Chef Buik love to make hamburgers and records. At his old workplace, he sold 15,000 during a six-month span. To celebrate that achievement he organized a huge hamburger dinner featuring 100 special edition burgers. With this new record-breaking $2,300 burger, Diego celebrates another special occasion – the International Hamburger Day.

What is stacked inside this burger that makes it so pricey? For starters, there is the gold-wrapped saffron brioche bun. Stuffed between two burger slices are a blend of Japanese dry-aged Wagyu and Black Angus beef patty, Foie gras, Hermit gin infused lobster from the River Oosterschelde, Iberian ham, white truffle, Remeker cheese, Japanese fruit tomatoes, and caviar. 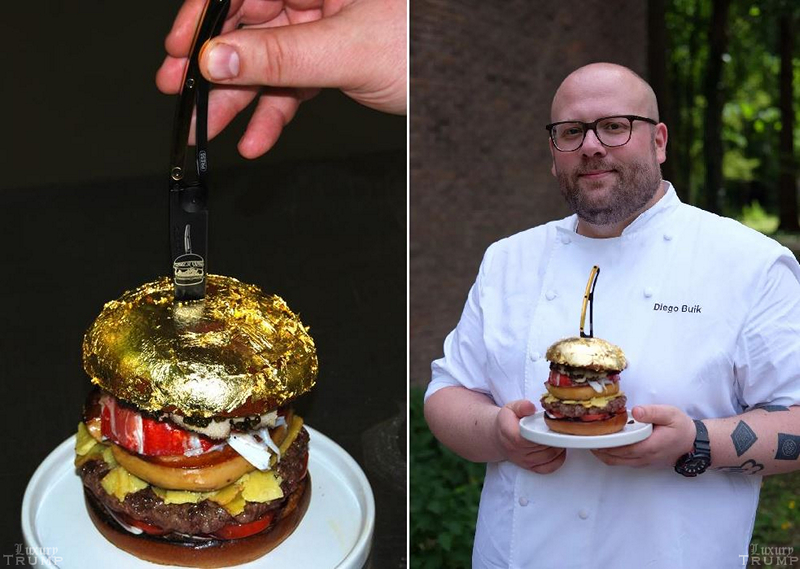 This is not a one-time burger made just to claim a record. If a customer order it, Diego is ready to make more. Only thing is he wants customers to tell him in advance as it takes a lot of preparation time. Just stuffing it with all the best ingredients in the world is not going make it a delicious burger unless you cook and prepare them together.

Chef Diego Buik humbly claims that this is not the most delicious burger he ever had. According to his opinion that honor belongs to the £14 (about $18) beef burger served at Byron in London. And he added he would never pay $2,300 for a burger, which is not surprising. Check out all the greasy grub on offer at New York-themed South of Houston restaurant in The Hague in person or online.