In some ways, this story is too good to be true. In 2010 during inventory taking workers at Champagne-Bollinger unearthed about 600 bottles of fine wine hidden in their cold underground caves in Aÿ, France. According to company president Jérôme Philipon, not even the “family or shareholders knew about these wines”. The batch has been sitting quietly behind a mountain of empty bottles for nearly a century without anyone knowing. Philipon thinks forgotten bottles are a direct result of numerous European wars.

Among the hidden treasure was a batch of 53 bottles with the mysterious code – CB14. Subsequent research into it revealed this code means 1830 vintage, which happened to be Bollinger’s first. That also means these 53 bottles have aged for a long 186 years as of this year. Before this find, their most recent vintage was from 1921. 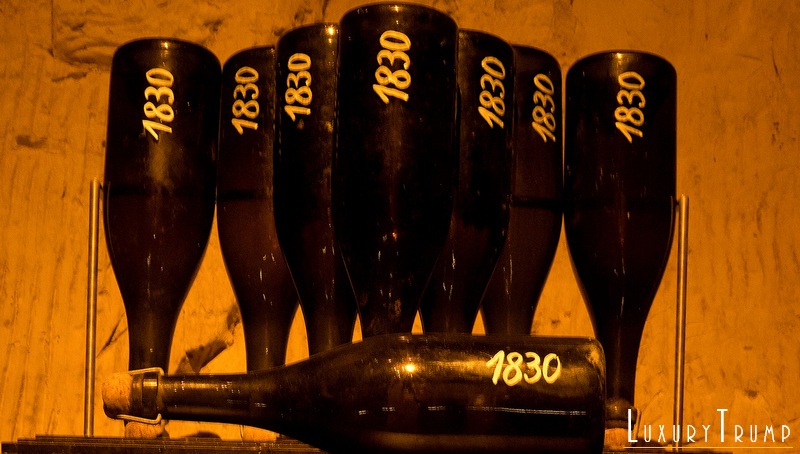 Where would one keep such a valuable find safely along with other vintages? This is where Bollinger’s storied underground wine libraries come into play. Named, Galerie 1829, for the year house was founded, the libraries with ancient brick-lined walls store all their vintages that include earliest remaining examples of each of the Bollinger wines. Initially, they managed to save 13 of those 53 but ended up tasting two of them in June 2016 during the inauguration of Galerie 1829. 11 of those CB14 bottles are now preserved in the library. The entire collection consists over 7,000 bottles and 65 different vintages including some rare reds. 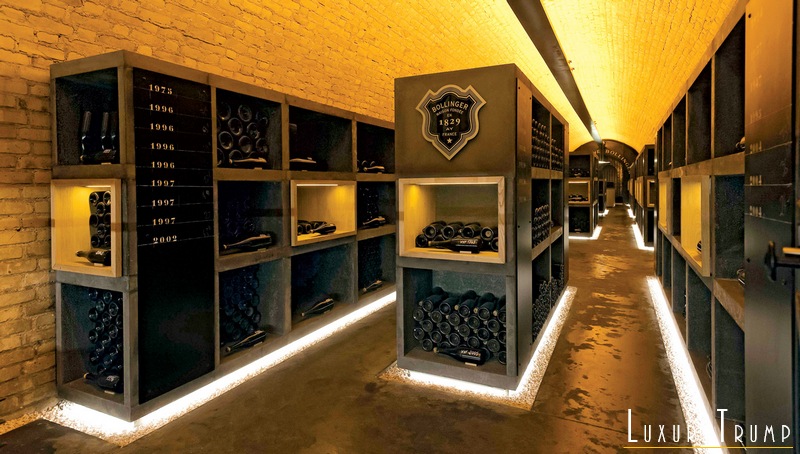 They also have a separate library for Champagnes named, La Réserve, with over 3,000 reserve magnums including 45 different vintages . Most of the contents from this collection are used in blending current releases. 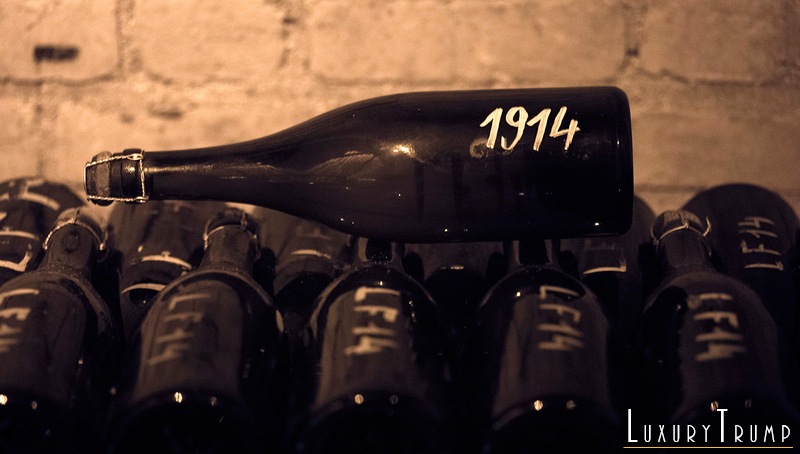 The man in charge of these libraries is cellar master Gilles Descôtes. He also oversaw the hand restoration of both vintage collections and had this to say about the learning curve, “During the process of preserving these wines, we have learned much about the practices and history that have set Champagne-Bollinger apart.” The entire restoration project 3 years and they tasted 150 wines during this time.

Champagne-Bollinger is one of those rare species that managed to stay away from being snatched by LVMH Empire or by any other conglomerate. And because of that, they have the freedom to do things their way including not opening the libraries to the public. But they welcome and open the doors to collectors. A group that visited recently were in for a pleasant surprise – they got to taste a 1914 vintage, a delicious dark-gold wine with sweet tea, coffee, and apricot notes. If you want to inquire about tours to Galerie 1829 email Alexander Michas.