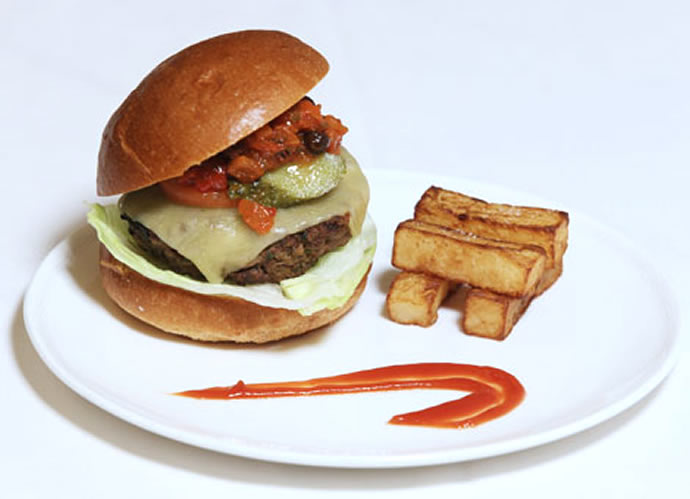 When we are on a plane, we sometimes wish there’s burger joint with a fly-through window somewhere up in the skies. British Airways has announced their plans to offer a new gourmet burger, just for First Class passengers on long-haul flights. The “Flying Burger” as they have named it comes with a side of triple-cooked French fries and a choice of relishes. Created by a team of BA chefs, it will be added to airlines bistro menu next month.

The Flying Burger is made from three different cuts of 100% British beef chuck, cheek and onglet. Other ingredients include Monterey Jack cheese, gherkins, tomato relish and a brioche bun.

The BA team worked for months to make sure they get the perfect texture and succulence of the burger. They also made sure there is a burger for everyone that flies with them, not just British travelers. BA’s chef, Mark Tazzioli, said, “as taste buds are affected at altitude, we have created an original patty, which has proven extremely popular in taste-tests.”

BA also announced a burger for First and Concorde lounges, the new “Grounded Burger” will be served in lounges and will feature a different recipe for pre-flight dining. 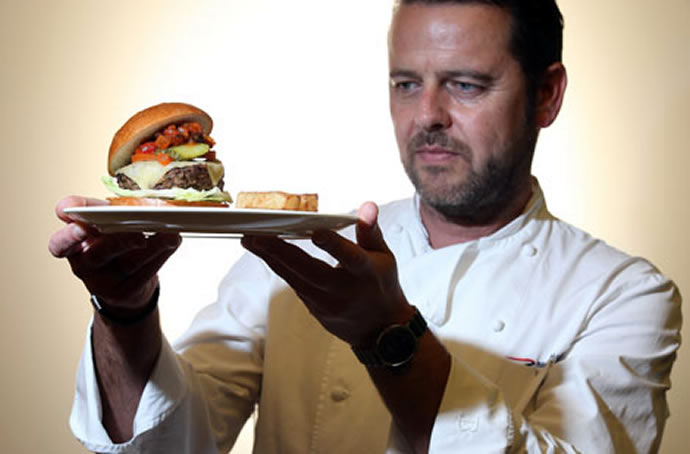