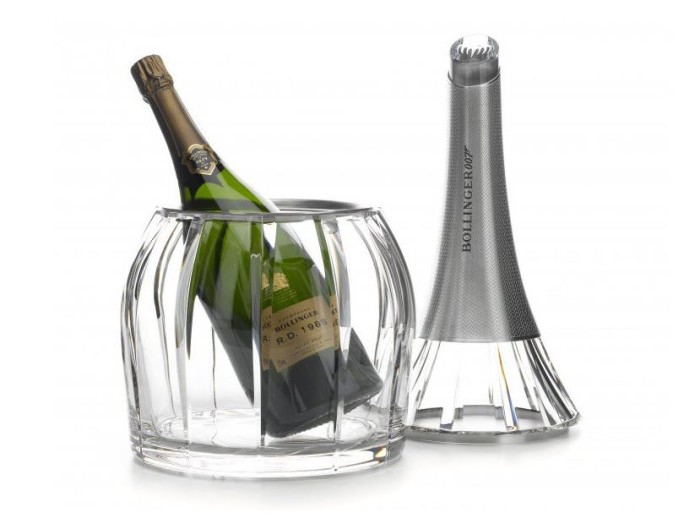 The whole wide world expect the latest James Bond movie, Spectre, to be a massive Hollywood blockbuster when it hits theaters on November 6. And everyone also knows imaginary British spook’s favorite drink is a shaken martini. However many fans forget that he also likes a glass of bubbly, since 1979 his choice is Champagne Bollinger – this happened because of a chance meeting. In 1978 Bond producer Albert “Cubby” Broccoli met Christian Bizot, then General Manager of the Champagne house. Two gentlemen struck up a lifelong friendship and Bollinger became Bond’s favorite bubbly because of that.

Bollinger first appearance in a Bond movie happened in 1973 in Live & Let Die. Five years later it became the official Champagne of the franchise and appeared in Moonraker in 1979. In the Spectre it will make its 15th appearance. To celebrate this important milestone, the French Champagne house will release the exclusive Bollinger Spectre Crystal Set 007 with Bollinger R.D. 1988 Magnum, a limited edition of just 307 numbered pieces, priced at $9,500. The Bollinger R.D. 1988 is one of the exclusive cuvees from the Champagne house. It comes aged more than three times required by law. Fine bubbly is a blend of Pinot Noir (72%) and Chardonnay (28%). 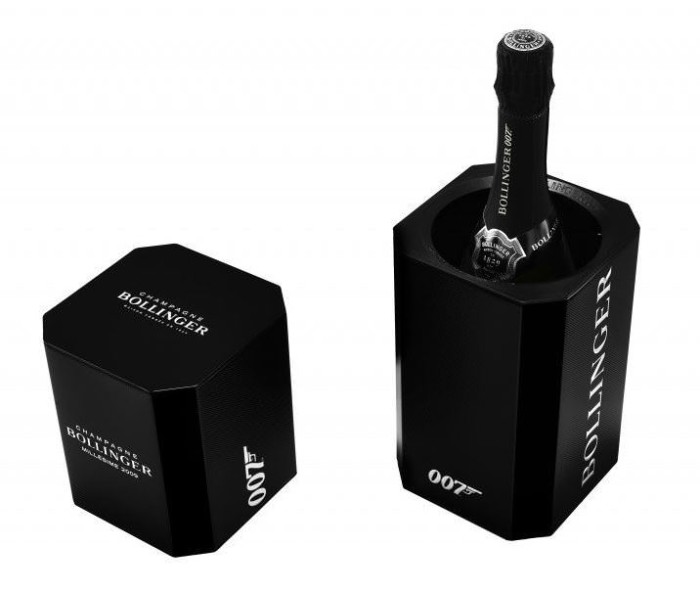 Eric Berthès designed hand-blown crystal set is made by Saint Louis crystal works company located in Lorraine. A company with a long storied history, it was founded in 1586 and now owned by Hermès group. Design features include the famous Bond gun barrel on the base of the decanter and a cabochon fitted metallic neck of the top decorated with Spectre’s octopus emblem.

Those of you not keen on the crystal set can opt for the 2009 vintage Bollinger cuvee. This comes housed in a Carré Basset-designed elegant chill box capable of keeping the bubbly chilled for two hours after refrigeration and has a $229 price tag.

The Bollinger Spectre Crystal Set 007 will be available from a select number of wine merchants around the world. They will also be sold in Saint-Louis stores in Paris, London, Hong Kong, Shanghai and Taipei. 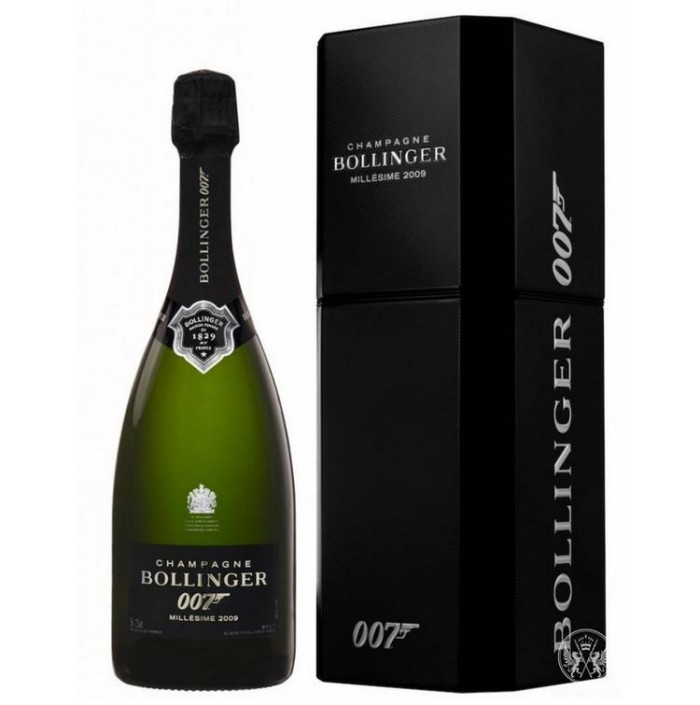