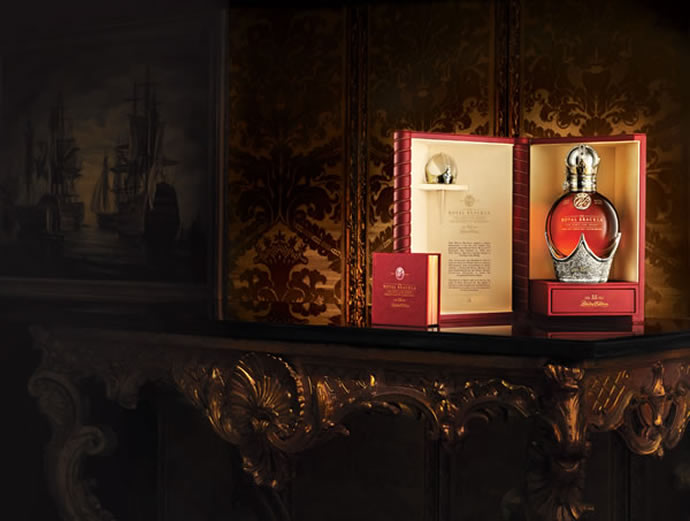 The limited edition with just 100 bottles is set to retail at $15,000. Sure to be a hit with well-heeled travelers, the new expression celebrates the 200th anniversary of the Royal Brackla Highland Distillery in Scotland. The distiller had its beginning in 1812.

The bottle of the Royal Brackla celebrates the royal warrant granted by King William IV in 1833. To celebrate the “symbols of royalty”, the bottle is designed with a metal crown that covers the bottom, the orb represented by the sphere of the bottle, and the scepter symbolized by the crystal stopper. The Royal Brackla master crest is visible on the bottle and luxurious presentation box. Each bottles is individually numbered and etched with the commemorative dates 1812-2012.

Irving Holmes Wong, regional director for Asia-Pacific and MEA at Bacardi Global Travel Retail, said, “We’re delighted to work closely with DFS in presenting The Royal Brackla to travellers at Changi, sharing in a programme of activities to engage the target profile of highly affluent whisky connoisseurs with an elevated drinking experience that perfectly reflects the brand’s unique royal heritage.”

Complementing the flavors of dark chocolate, biscuit and spice are fruity notes of apple, toffee and vanilla. The smooth and rich Royal Brackla 35 Year Old has been aged in sherry casks and bottled at cask strength and contain 49% abv. Available now at DFS Stores at Singapore Changi Airport.