Glasgow based Auchentoshan, one of Scotland’s oldest and Lowland based whisky makers has released a 38-year-old exceptionally rare malt.

The limited edition expression has been allowed to mature in American bourbon casks since 1975. Nosing the cask-strength, non-chilled copper gold colored single malt, you’ll come across the flavors of ripe pears, figs, and honeydew. Other notes papaya and pink grapefruit emerge on the taste alongside notes of baked pineapple and almond cake, finishing with subtle notes of white grapes, elderflower and almonds.

“Having spent an additional year maturing in the highest quality North American bourbon casks, the 2013 bottling of Auchentoshan 1975 allows the drinker to experience the complexity and ripe, developed fruit flavors associated with a whisky of this vintage,’’ said Auchentoshan’s master blender Rachel Barrie. 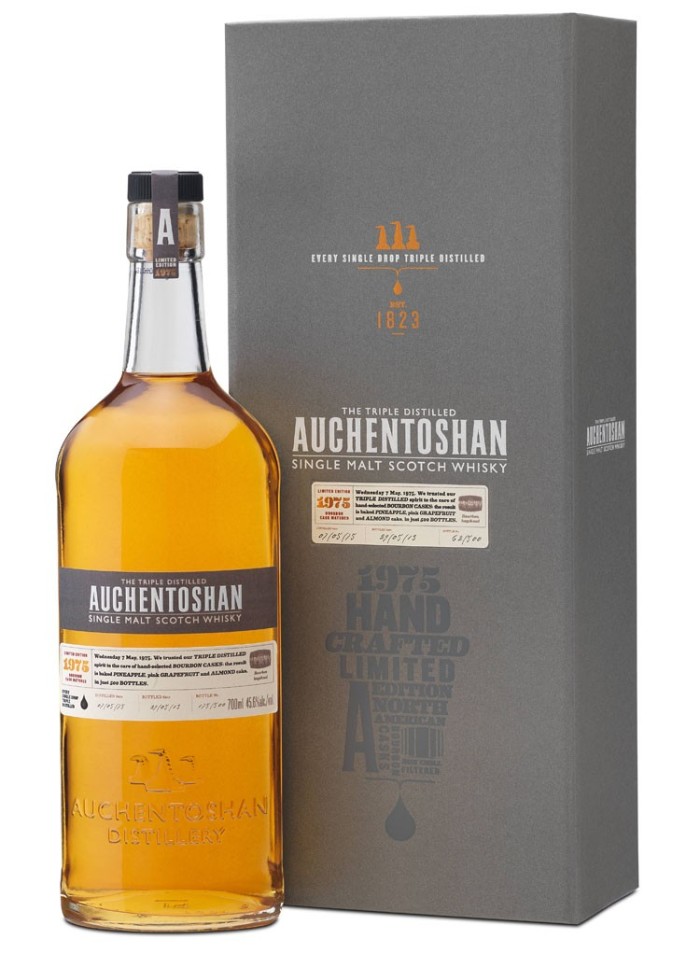 Each bottle come in a specially designed grey double fronted box that reveals the name and label of the precious blend.

The distillery that had its beginning in the year 1823, is now a part of Morrison Bowmore Group. The Auchentoshan 1975 Vintage Single Malt Scotch Whisky will be released in a limited edition of 500 bottles at £500 (approx. $825) a piece.

Presented in a premium slate grey double fronted box, both the carton and the bottle deliberately retain a subtlety and understated luxury best reserved for higher aged vintage releases. The bottle has been designed with the name and labels slimmer to reveal the alcohol as the true hero.