The cheesecake officially made the Guinness Book of World Records for the most expensive cheesecake ever made!

This $5,000 masterpiece of Chef Raffaele Ronca, owner of the Rafele Ristorante in Manhattan’s Greenwich Village, takes five days to prepare since the ingredients need to be flown in fresh from Europe and Africa. 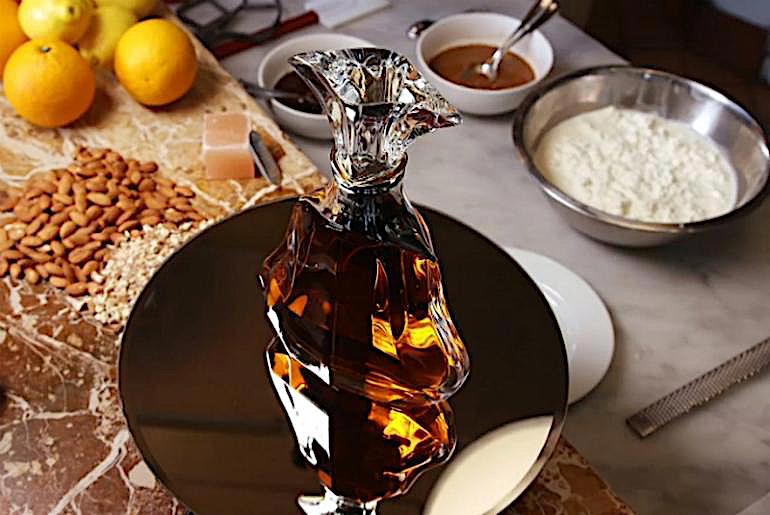 Ronca starts off with a fresh Formaggio from water buffalo in southern Italy. It’s flown in fresh the previous day. Next, the most shocking ingredient is added: 200-year-old cognac that costs $2,500 a bottle. As the toasty aroma, with hints of rose, pepper, and honey, quickly infuses the cheese, Chef Ronca squeezes in some fresh vanilla from beans imported from Madagascar. Then he adds the exquisite white truffles from Alba, Italy’s Piedmont region; which are believed to be the diamonds of the truffle world. The crust is made from homemade Italian biscotti. He then spreads on a layer of freshly ground hazelnuts and rich melted chocolate, making a kind of millionaire’s Nutella. 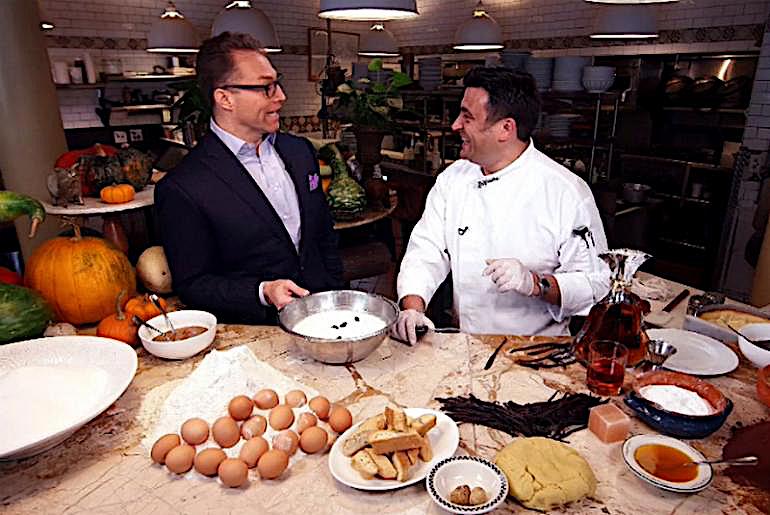 On top of the biscotti and hazelnut-chocolate mixture, Ronca pours the cheese mixture. He then bakes it for an hour. After it cools down, he adds a block of fresh honeycomb on the top that serves as a platform for a giant chocolate “RR” logo (for Rafele Ristorante) covered in gold leaf that Ronca adds the top. For the finale, he tops it with lighted sparklers.

Rafele Ristorante is already famous for its regular cheesecake, which sells for $9 per slice. This world’s most expensive cheesecake costs $450 per slice, so around $90 per bite. Yet it is believed to be worth it; since the cheese is light and fresh, without being cloying or needing much sugar. The cognac giving the cake some seasoned brightness and smoke, while the truffles add a layer of earthiness and depth. It all works together in perfect harmony, riding on the melted chocolate and hazelnut paste. The biscotti adds crunch both inside the filling and on the crust.