Creator of these elegant royal blue ballet flats has a slogan for them “the most precious journey yet!” We absolutely agree that one should start precious journeys in these flats. Josefinas, the Portuguese brand with a heart and mind to create beautiful ballet flats crafted the Blue Persian Salt as a tribute to its namesake, rare Persian blue salt found in the northern province of Semman in Iran. Priced at €3,369 ($3,830) according to Josefinas it is now the most expensive ballet flats pair in the world. 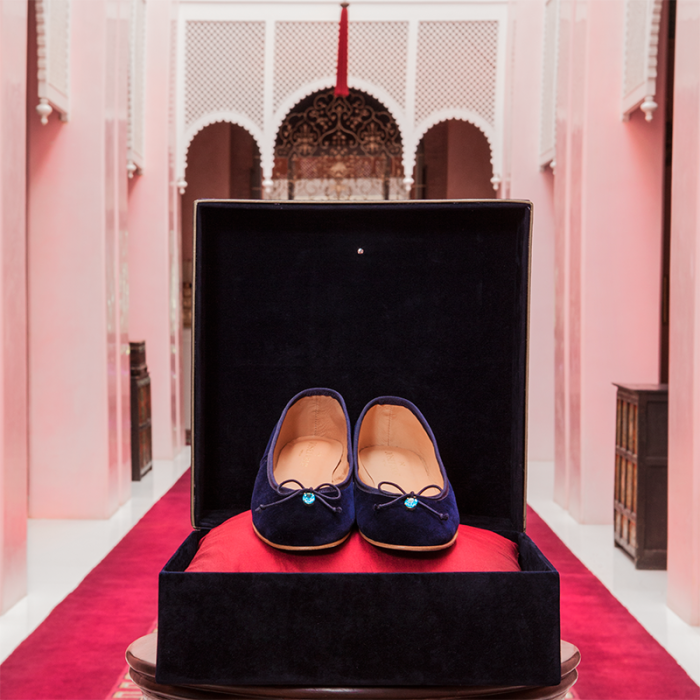 The handcrafted luxurious blue flats adorned with beautiful gold and blue topaz stones by master Portuguese jewelers, they come in an equally beautiful case that reminds us of a jewelry box. Some believe the semi-precious blue topaz stone has mysterious powers such as the ability to provide protection and bring fortune. Josefinas wants the wearer to have some of that too. 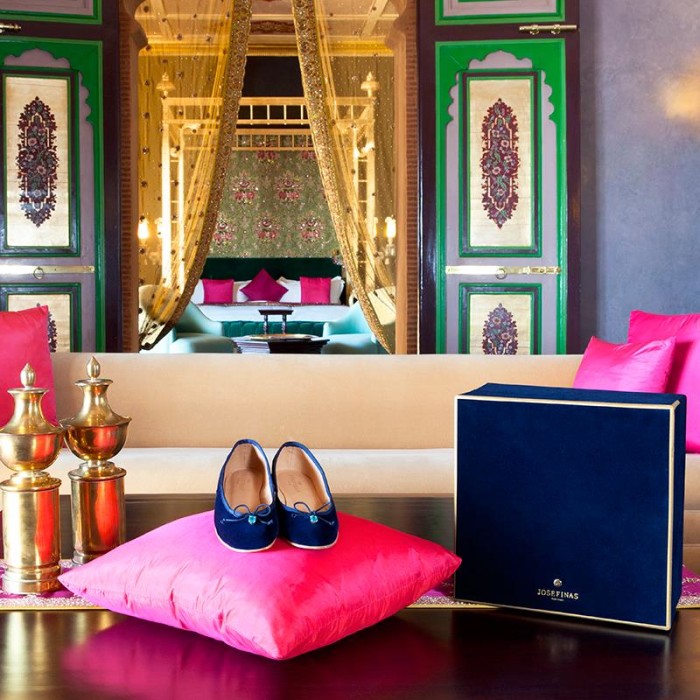 The Blue Persian Salt is one of the four flats in a collection named 1001 Nights aka the Arabian nights. The lavish collection consists of – the Babylon in green, paying tribute to the Hanging Gardens; the Jordan in a rich purple fabric in homage to the magnificent Kingdom (Petra!) and the Persia in a maroon colored printed fabric, paying tribute to the lost Persian Kingdom. With spring around the corner (no, not you New Englanders) it is perhaps time to check out Blue Persian Salt at Josefina’s online store. 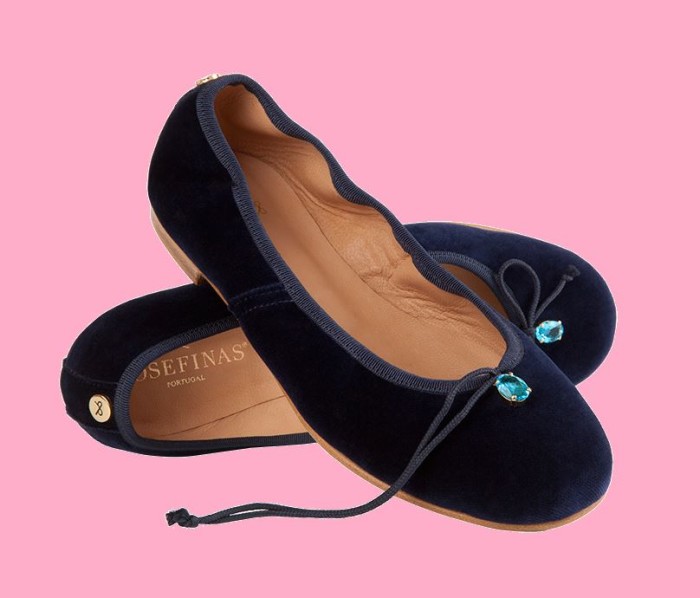 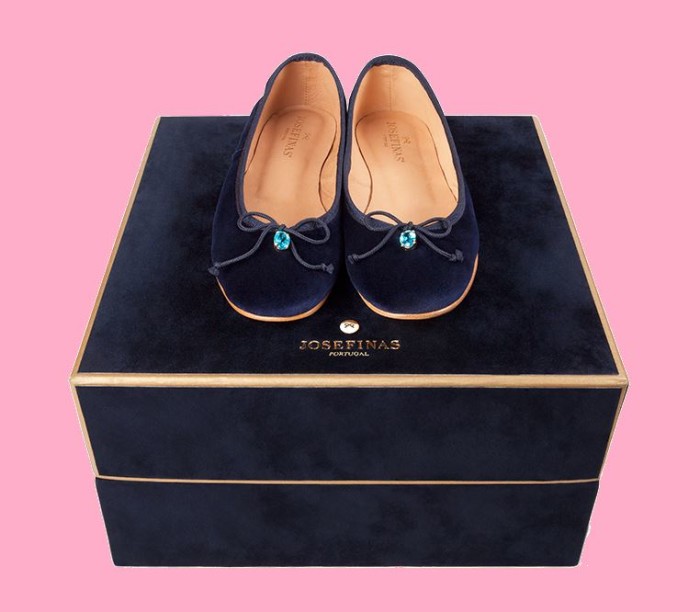