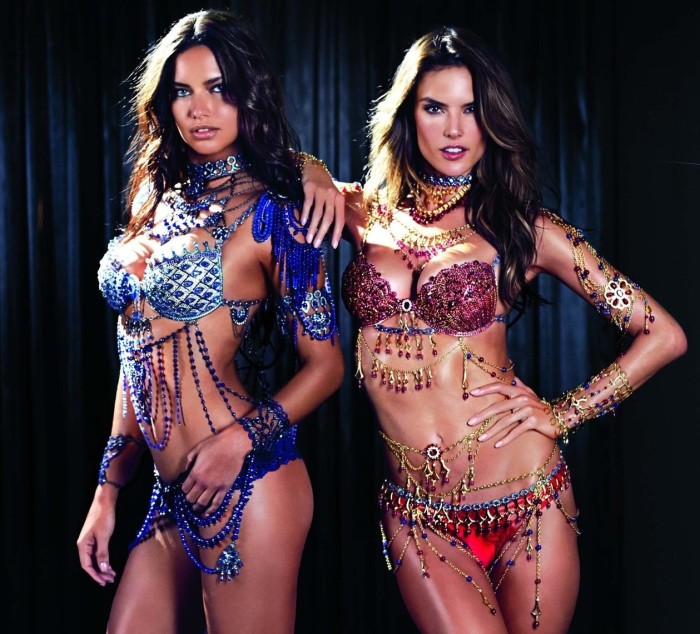 With invitation only Victoria’s Secret Fashion Show taping just a few days away, the lingerie giant has unveiled the much anticipated Dream Angels Fantasy Bra recently at the Fashion Show Mall in Las Vegas. There are few changes to the famous show this year. Firstly for the first time, ever, it will take place in London. The second is also a first, instead of one there will be two angles strutting the runway in Fantasy Bras. Brazilian models Adriana Lima and Alessandra Ambrosio will showcase the Mouawad designed bras in London.

Each Fantasy Bra valued at $2 million are heavily ornamented with over 16,000 rubies, diamonds, royal blue and light blue sapphires threaded together with 18 karat gold strands. The ensemble include pieces made to complement arm, leg, stomach and neck. They also made with precious stones come strung together with gold threads. In all it took Mouawad craftsmen 1,380 hours to put together two sets of bras and their body pieces. 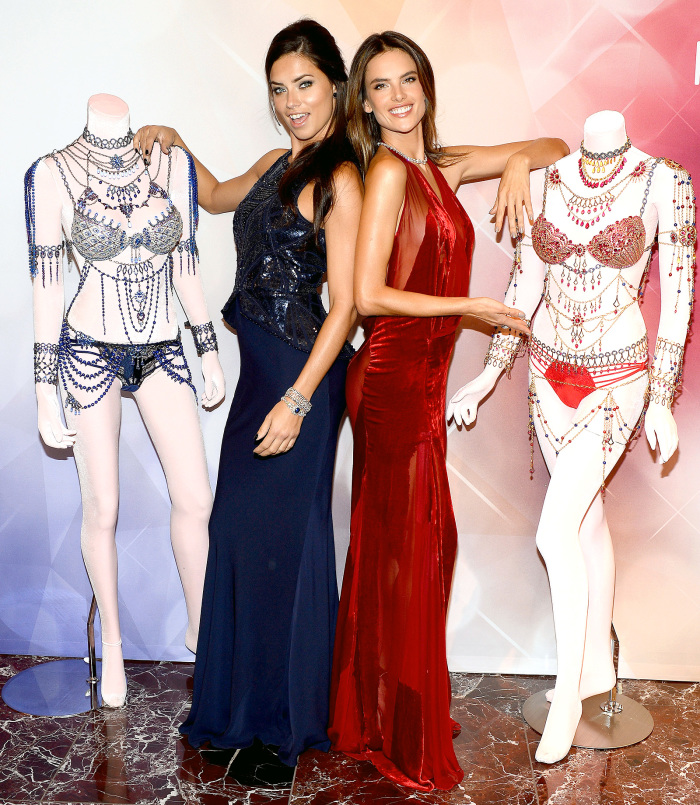 For the unveiling in Vegas, Ambrosio dazzled in a red see-through Donna Karan gown with a plunging neckline, while Lima shined in a sequined midnight blue dress. Victoria’s Secret Fashion Show will air on December 9 on CBS at 10pm ET/PT.