Time flies, next month it is Gianni’s 20th death anniversary. As most of you fashionistas old enough to know, he was gunned down outside his South Beach, Miami home. For the Milanese brand Versace, city’s baroque heritage is more than cultural, it’s the lifeblood of the fashion line. Their latest creation, the Versace Baroque Embroidered Palazzo Empire handbag is a work of art, just like the architecture and art that inspired it. 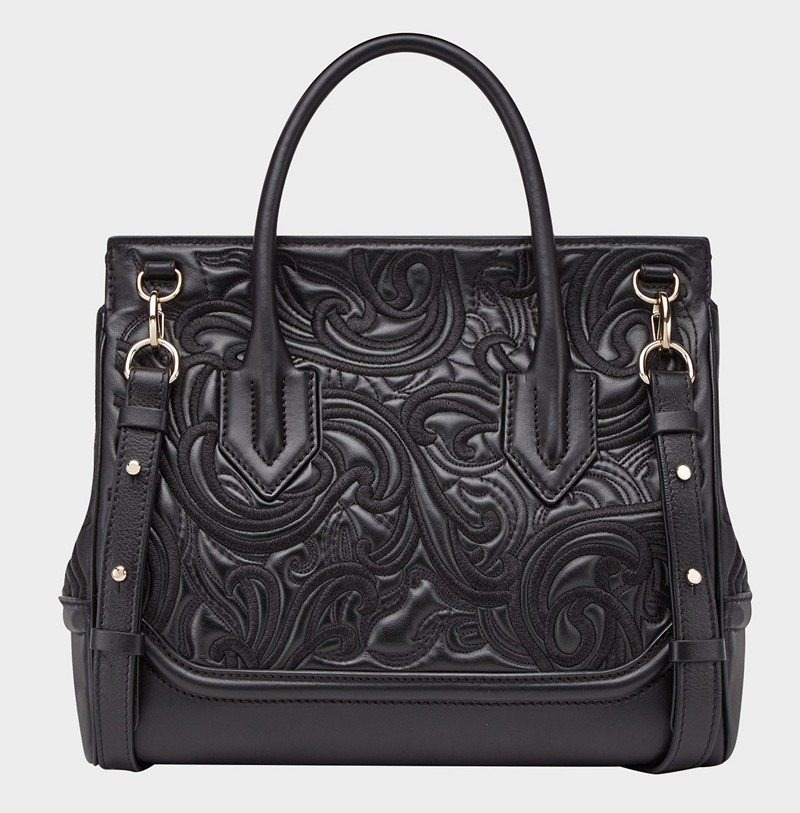 Gianni started to use Baroque-style prints in the late 1980s when he introduced his couture line. He single-handedly made baroque popular in the fashion world, and other Italian fashion houses like Dolce & Gabbana and Prada followed his footsteps. 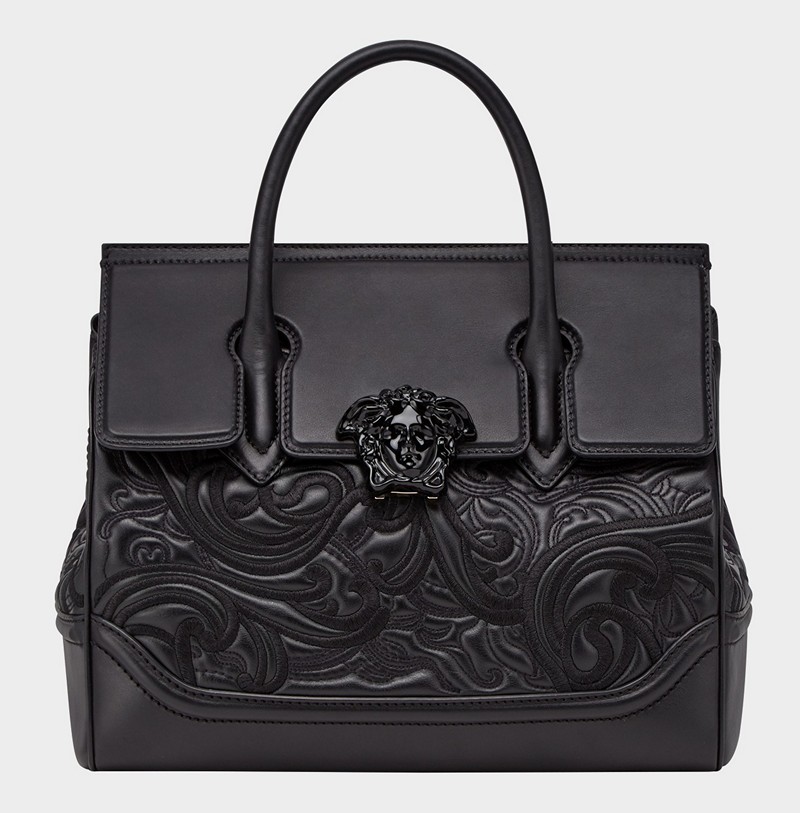 According to Versace, this bag’s baroque embroidery creation process consists of over 150 steps. The beautiful embroidery is oozing with elegance. Handcrafted entirely in Italy from the highest quality materials, the dual-carry stylish bag features a tonal Medusa clasp, top handle, and two removable shoulder straps – cloth and leather.

A large bag, it measures 30cm L x 15cm W x 27cm H. As you can see from the image below there is plenty of room to stuff it with stuff. If the luxurious Versace Baroque Embroidered Palazzo Empire sounds like your kind of handbag, be ready to part with $3,295. Get yours from Versace website. 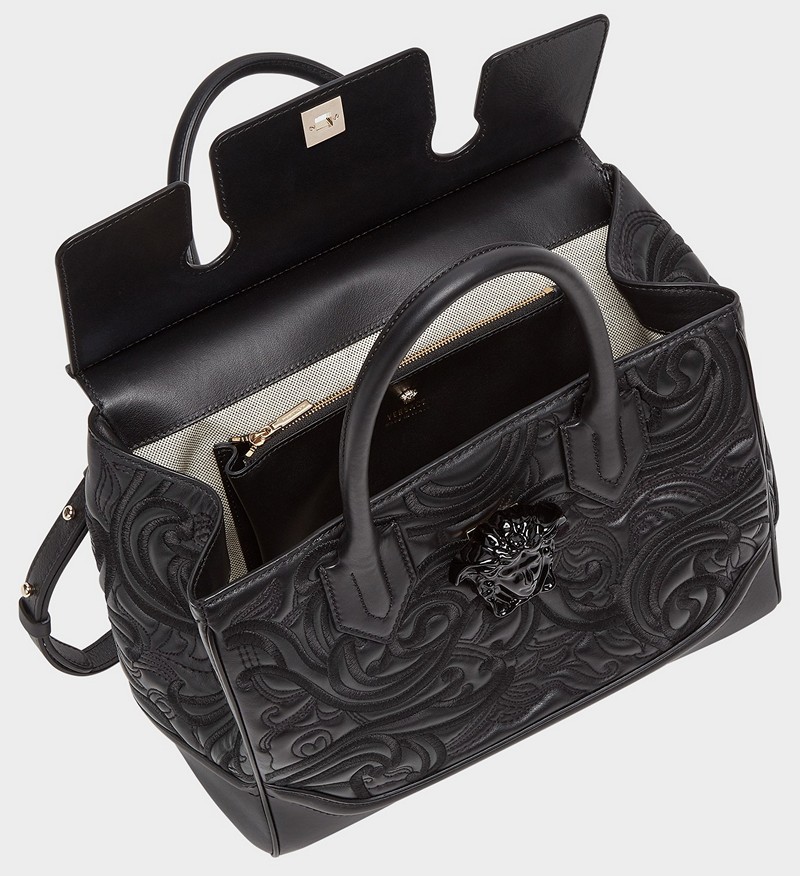