Based in Europe, Freaker Sneaks is a relatively new, yet popular custom shoe-making brand. Launched in 2004, the label has designed a number of popular sneakers in the past, including those themed after Play Station 4, Street Fighter 2, Sonic The Hedgehog as well as the super popular Star Wars themed R2D2 and C3PO sneakers. On similar lines, Nintendo had also partnered with Vans in the past for an 8-bit inspired shoe collection that featured games like Super Mario Bros., Donkey Kong, and The Legend of Zelda. This custom European sneaker artist has revealed that Freaker Sneaks’ newest creation will be an upcoming series of Super Nintendo inspired Super Nintendo Sneakers that will combine the nostalgic appeal of the video gaming console with Nike’s Air Jordan basketball shoes. 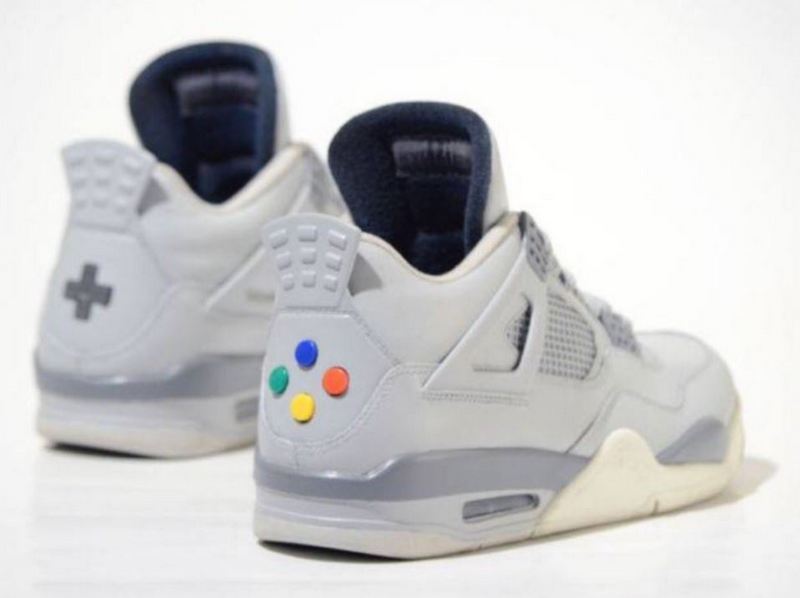 With such cool and attention-to-detail design features, it is so easy to get super-excited over these Super Nintendo Sneakers, especially if you have spent countless hours in your childhood on the gaming console itself! While the sneakers’ intended price still remains unknown, these custom shoes will reportedly be manufactured in a limited edition of only ten pairs.