Now that Gisele Bündchen more or less retired from the supermodel and brand ambassador roles, other models now get to claim a bigger piece of the pie. One of them is Gigi Hadid. She along with Joan Smalls and Lily Aldridge first appeared for Stuart Weitzman for spring 2016 campaign. Since fall 2016, it is all a solo gig for Gigi at the shoe brand, which started with an October ad blitz. The latest Stuart Weitzman By Gigi Hadid Spring 2017 is now all shot and ready to go.

The advertising campaign photographed by Mario Testino in black and white is all about relaxed American glamor. Ok, this is nowhere near that JC Penny American Living relax kind of ad campaign. For a shoe ad, there is a lot of nothing here. Gigi has stripped down to Weitzman’s new mid-calf satin Clinger bootie on the main image. The other piece they highlight is the embellished white Décor sneaker on a fully dressed Gigi. 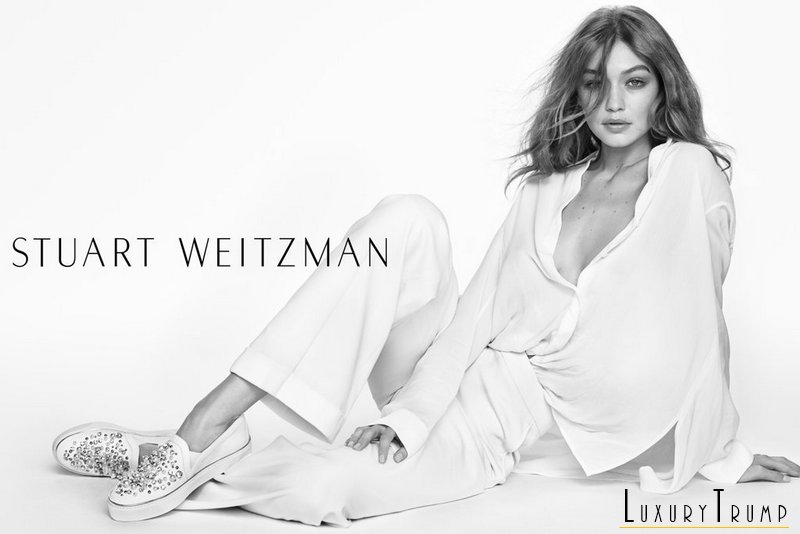 Brand’s press release said, “In the world of Stuart Weitzman, “sexy” means being comfortable and confident in your own skin, and the campaign captures this essence in an effortless chic way. A soft femininity is celebrated within each image.” 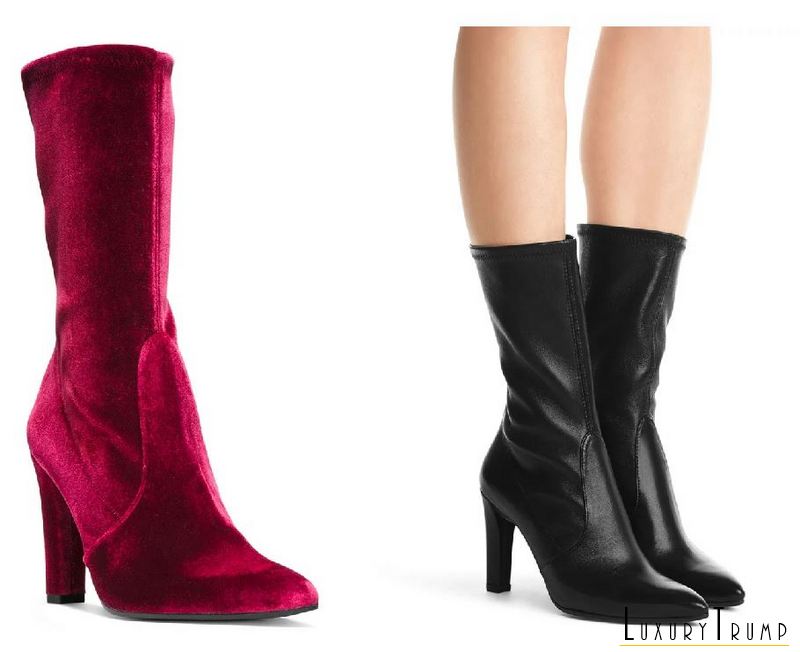 Gigi who designed a pair of shoes for the brand in October named Gigi Boot is nothing but happy about the new deal. Recently she spoke about the design experience with WWD, “This experience has been such a thrill, from choosing the style to selecting materials to creating the signature box. I am so excited to finally share these boots and be able to wear them myself.” 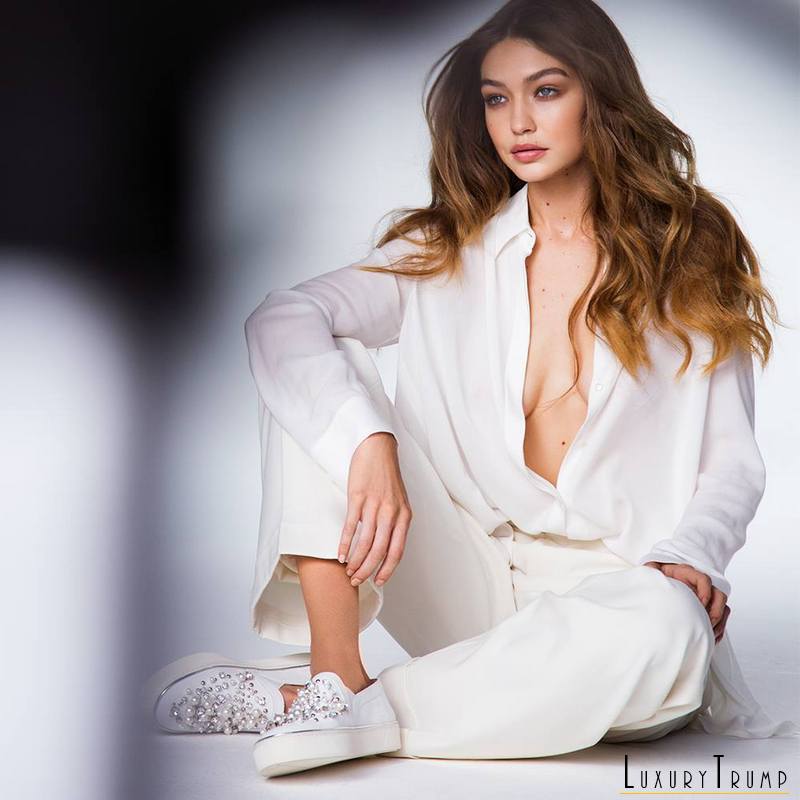 This latest collaboration as the face of Weitzman brand looks like a long term deal. The Stuart Weitzman By Gigi Hadid Spring 2017 campaign will launch in the United States, Canada, Europe, and Asia. Visit Stuart Weitzman online store or their boutiques worldwide for more information.