French sporting goods brand Le Coq Sportif has a long history, which started in 1882. That is almost a century before anyone even heard about Nike, Adidas and everyone else. After a decline in the late 80s and early 90s, the brand found its way back in the 2000s. If you are looking for fashionable streetwear in Paris and France in general, Starcow Paris store located at 62 rue Saint-Honoré is the place to go. This is a special year for Starcow, the company is celebrating the 20th anniversary of the opening of their first store – Justcow. To celebrate the occasion they teamed up with Le Coq for a special edition named, Starcow x Le Coq Sportif Omega OG MIF Leather Brown. 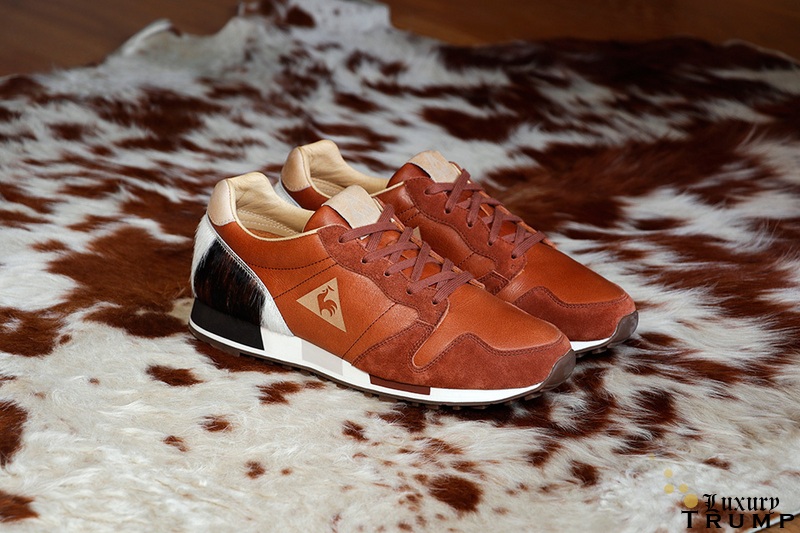 Starcow launched the Omega series back in 1986 as a running shoe. So, after 30 years they brought it back as a limited edition under its Made in France collection, to highlight French craftsmanship and expertise in the all things fashion. 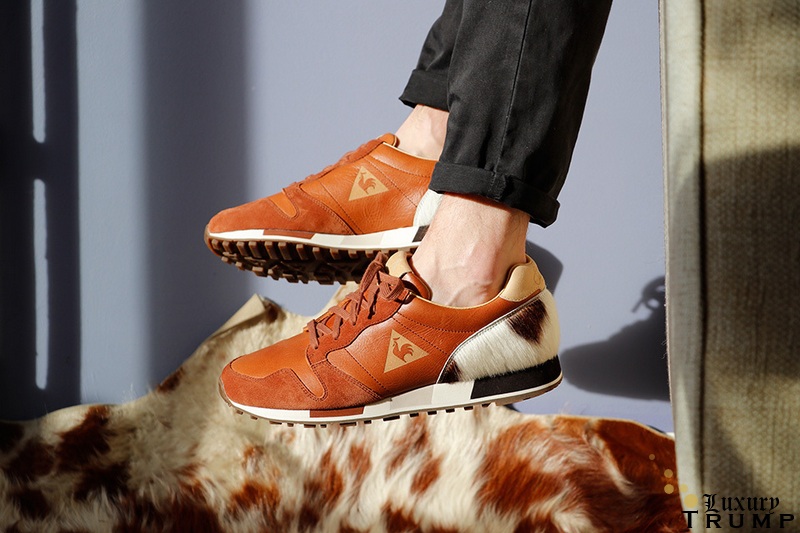 The Starcow x Le Coq Sportif Omega collection is handmade from pure grain leather and cognac suede on the upper. Retro-styled sneakers have fully leather lined interior, premium details such as cowhide at the heel and back yokes. 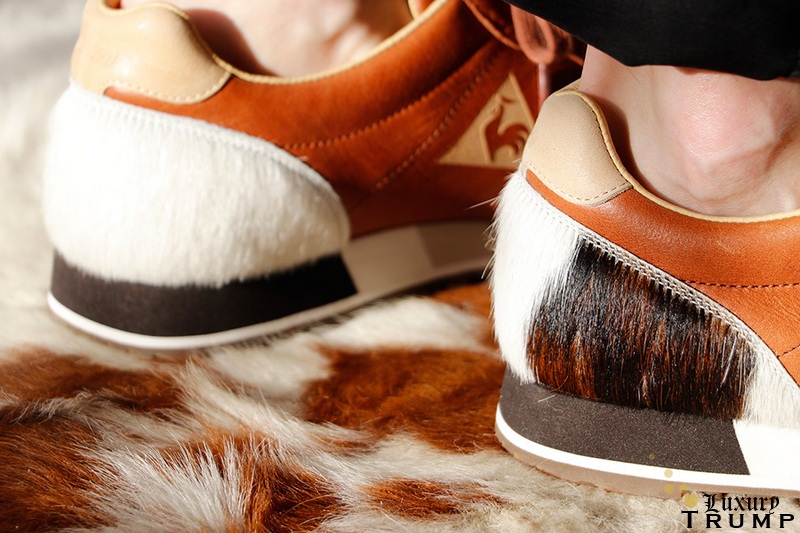 Each special edition pair comes in a specially made wooden box accompanied by a shoe care kit that includes a superfine Saphir cream and chamois cloth. Also included in the box is a metallic mug engraved with Starcow x Le Coq Sportif logo.

The limited edition collection is now available at Starcow Paris and a selection of premium stores such as Footpatrol in London, Slam Jam in Milan and Mita in Tokyo. To order online directly from Starcow visit here. Each pair retail for €230 ($240).