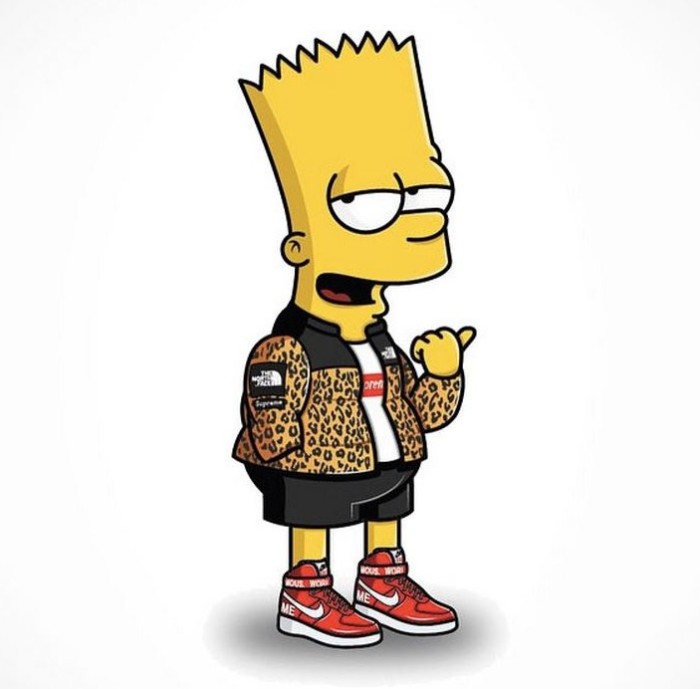 The Simpsons characters have turned the tables. Bart and his Springville gang have been stars of the design world for some time, they are on t-shirts, high-end sneakers and occasionally printed on swimsuits. Finally they said enough is enough and decided to do something about it with some help from illustrator Tommy Bates. The UK-based artist has given them a makeover in designer streetwear. Make no mistake, this is revenge of the cartoons.

Bart (top image) has decided to go with a full set of Supreme New York and Nikes. Homer meanwhile decided to be a grown up and wear a no-nonsense kit – he selected a Pigalle hoodie, Bape US coat, Represent biker jeans and a pair of white Balenciaga sneakers. 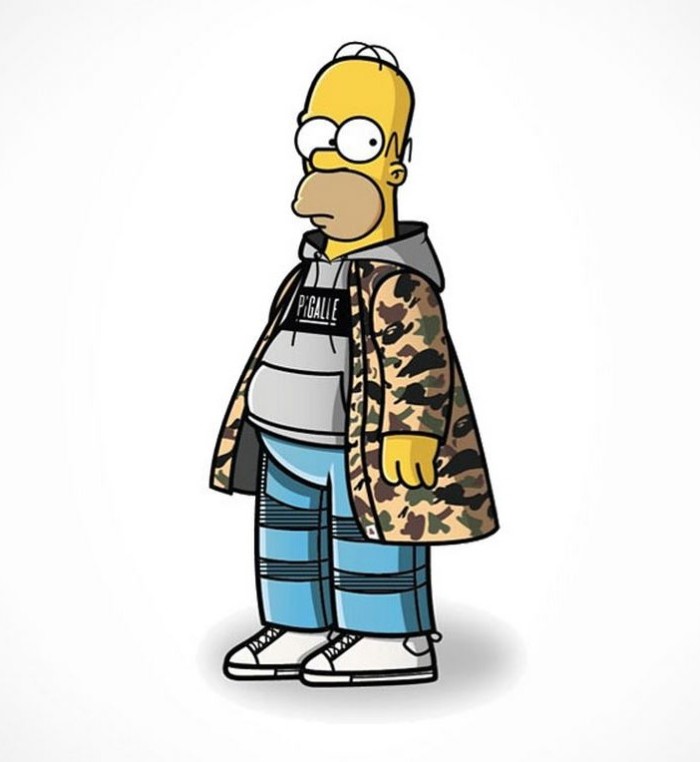 Ned Flanders’ preferred clothing are provided by none other than Yeezuz, he rocks a pair of Adidas Original Yeezy Boosts. 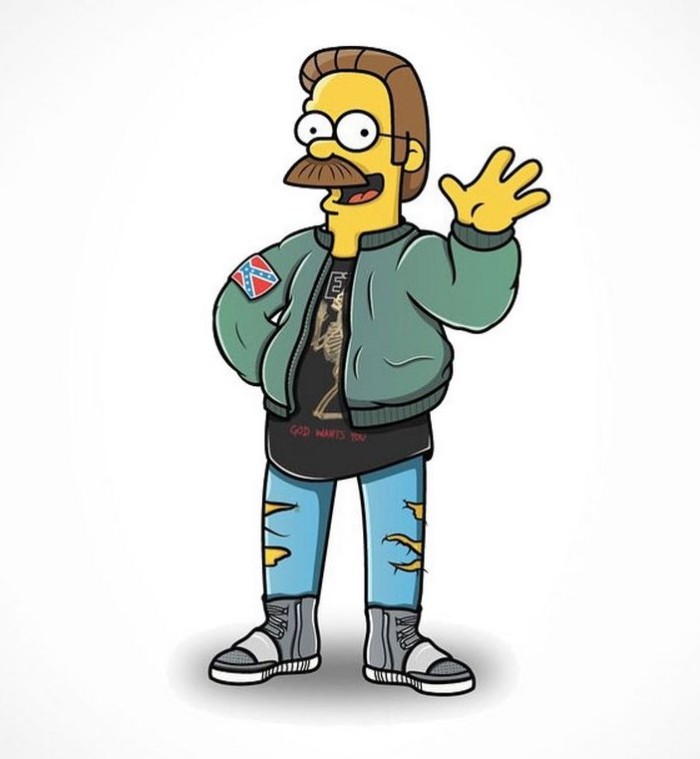 Moe is dressed top to bottom in whites from Vigilabloh, complete with a pair of Riccardo Tischi x Nike Air Force 1s. 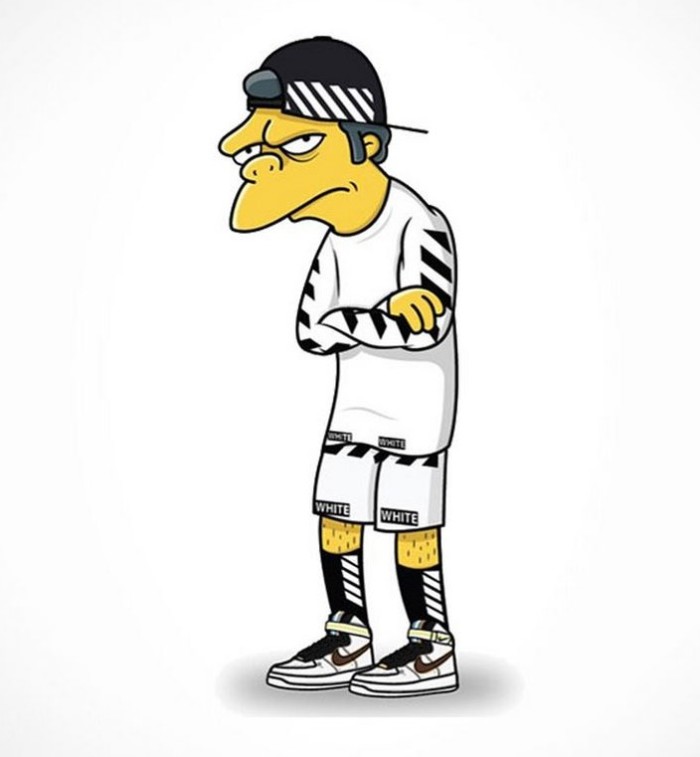 Mr. Burns also decided to go for a white ensemble designed by Represent accompanied with a pair of Y-3’s. 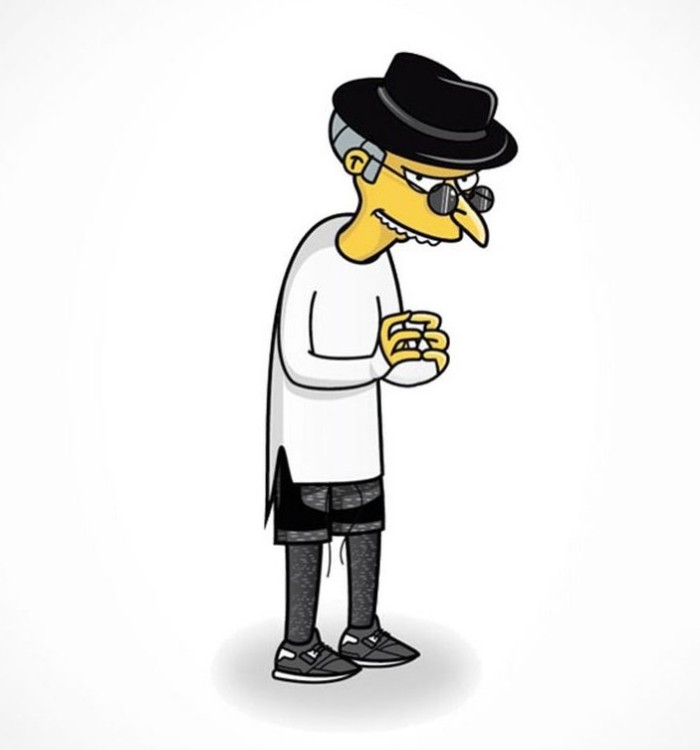 Comic Book Guy’s choice is 10 Deep and a pair of Sk8-Hi from Vans. 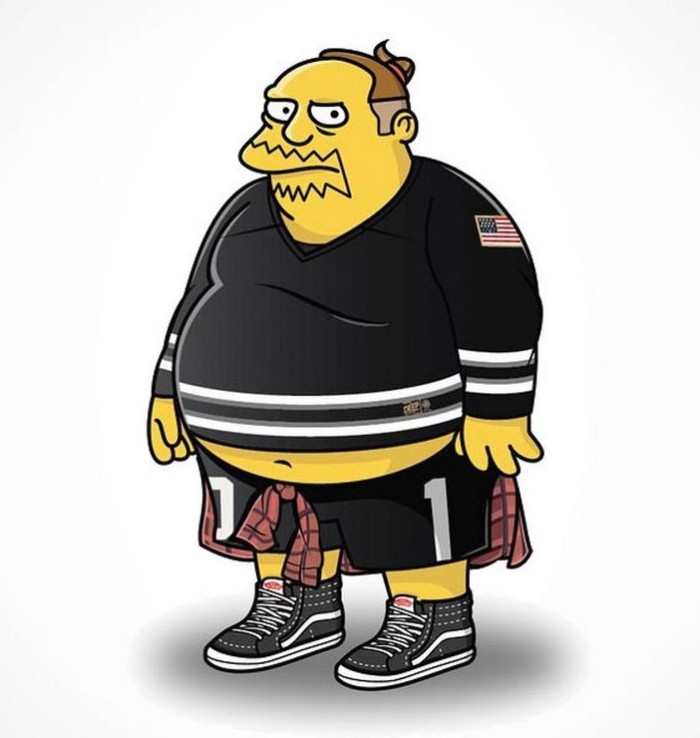