Jay-Z is still expanding his business empire. His first men’s fragrance “Gold Jay Z” launched recently will debut along with his Shawn Carter by Hublot watch on November 20th at Barney’s New York. Available in 3 different size bottles with price ranging from $39 to $70, the perfume will go on sale at 2,000 department stores that include Macy’s, Sephora, Nordstrom, Dillard’s, Belk, Bon-Ton and Ulta on Black Friday, November 29th. The International launch is scheduled for 2014.

Reports suggest Jay-Z has gone through over 3,200 names prior to choosing the name “Gold Jay Z.”  Then finally settling with the name by picking up a bottle saying “this is the sh*t, it’s gold,” revealed Donald J. Loftus, president of Parlux Ltd. (Jay Z’s fragrance licensee.) 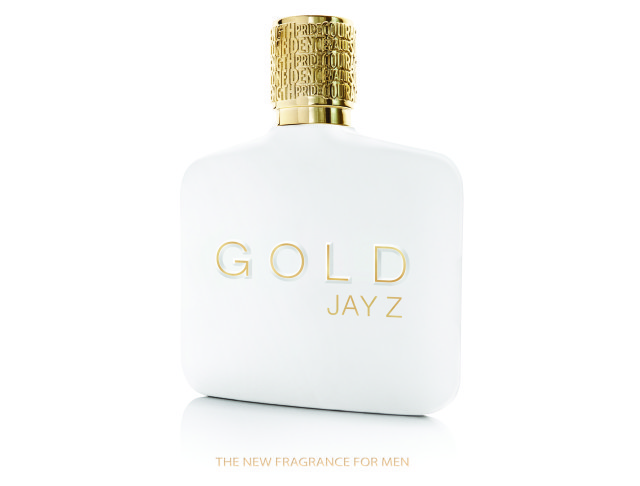 The white fougère fragrance is created by perfumer Ilias Ermenidis of Firmenich, with “Gold Jay Z” embossed across the white bottle. In a press release, Ilias Ermenidis said: “I was impressed with JAY Z’s style and confidence and was drawn to the ease with which he carries himself and all of his success.”

Collaboration with Barney’s New York is still on the cards despite Jay-Z being under fire to abandon the business venture, after two lawsuits filed against the store of racial profiling.