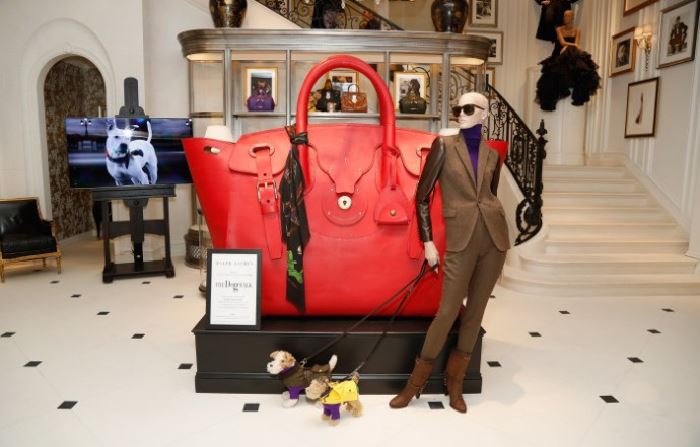 Ralph Lauren created the Ricky bag to honor his wife in 2005. It has been a hit with the ladies ever since. It is also seen in different versions since its introduction. The latest is a one of a kind, the gigantic Ricky XXL is on a journey around the world since September last year. It already made  stops in New York and Tokyo. The Ricky XXL has just arrived in Paris at Galeries Lafayette in the Ralph Lauren pop-up store.

The Ricky XXL measures six-feet high and five feet wide. It took four craftsmen almost a month to create this giant version in Italy. The way over-sized Ricky will be on display at Galeries Lafayette from March 31 and then it will be moved to Ralph Lauren flagship store in St Germain-des-Prés from April 21-27. After Paris it will continue its journey other famous cities around the world.

Don’t worry about buying this roomy bag, because it is not up for sale, even if it was you are going to need a truck to tow it around town. To celebrate the occasion however Ralpah Lauren is offering a new version of the Soft Ricky bag that has 13 hues to choose from exclusively at the pop-up store. The limited edition Soft Ricky bag is priced at €2,150 (approx. $3,000).