Appearing on shoe advertising campaigns is risky business, sometimes. A hardly recognizable Nicole Kidman for a third time is the face of Jimmy Choo advertising campaign. The sexy photo shoot for the Spring Summer 2014 collection was done by photographer Sølve Sundsbø. 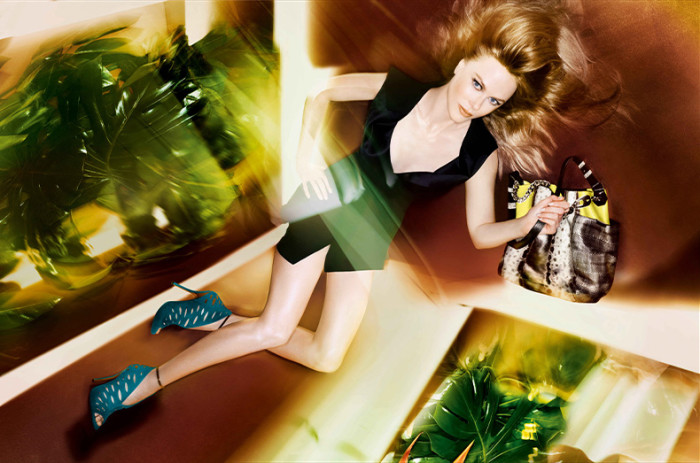 About the photo shoot Oscar winner said “I really enjoyed working with Sølve, he is very creative but he is decisive and methodical in his direction. It was fun to shoot new and surprising perspectives, it felt a little bit daring, dangerous. I loved the minimal styling and how the shoes and bags became like a sensual second skin to me.”

In the first photo, Nicole appears wearing a pencil skirt, an exotic pair of Keane rope sandals which travel up the length of the leg and carrying a neon Charlize clutch. The second image shows her covered in a little black dress showing off ample cleavage wearing Tamber blue bottle sandals and holding an Anna bag. In the third photo, she’s in her panties, an open blazer and a pair of orange high heeled Damsen sandals and clutching a Python Anna bag. 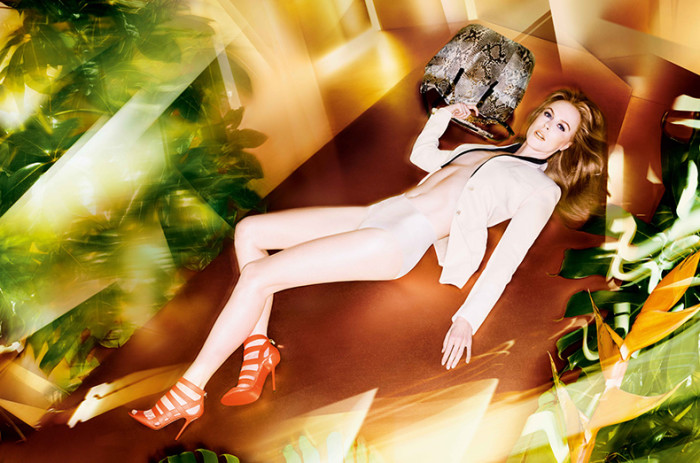 A very pleased Sandra Choi, Jimmy Choo Creative Director said “I love Nicole Kidman’s openness to embracing a new character and each season she transforms into a new personality that embodies the spirit of the collection. Her poses are striking yet unexpected and her natural beauty is mesmerizing. She exudes feminine confidence and there’s a palpable sense of energy to the pictures.”