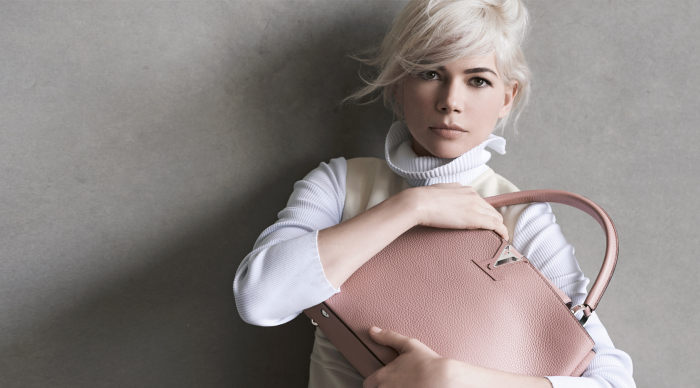 Just because Nicolas Ghesquière is the new creative director of women’s collection at Louis Vuitton, Michelle Williams isn’t going to lose her association with the French fashion house. As announced by Louis Vuitton two days ago she will front the upcoming Fall/Winter 2014 advertising campaign, third time she is endorsing the brand. The luxury brand surely loves her it seems. As with previous campaigns, this time too she’s promoting the trusted Capucine, in new colors.

The campaign photographed by well-known fashion photographer Peter Lindbergh, Michelle can be seen posing comfortably for intimate portraits in an A-line dress with a turtleneck. Ghesquière introduced the sleeveless A-line dress back in March during the Paris Fashion Week. The dress and Michelle in a pixie crop reminds every one of the sixties and seventies fashion. The ads are slotted to go public in October issues of the high-end magazines. As for the handbags she’s toting, the Lockit and Capucines comes in new colors of ‘Outremer’ (sky blue), soft pink magnolia and dark blue cobalt.

In a press release Louis Vuitton said “The resulting series of portraits hints at the woman behind the actress, revealing the intriguing balance of force and fragility that made Michelle Williams such a compelling choice as the face of Louis Vuitton.’ Put simply, we’ll have whatever Michell’s having.” 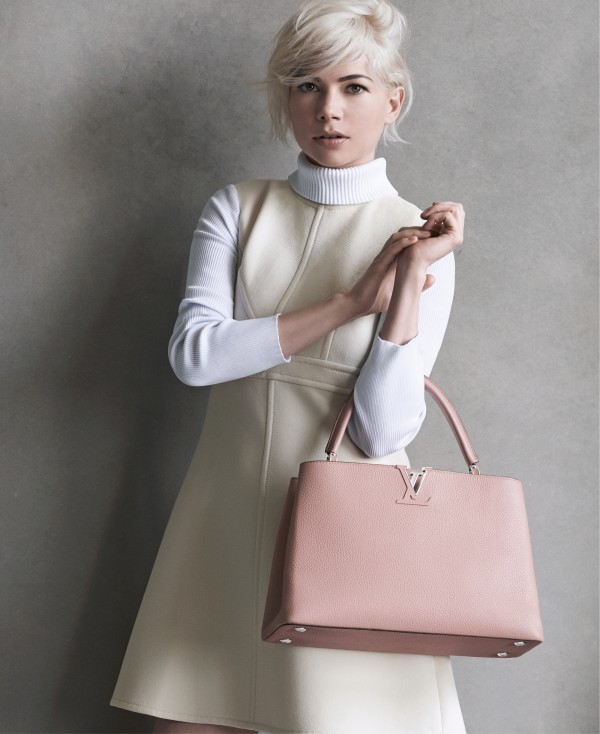 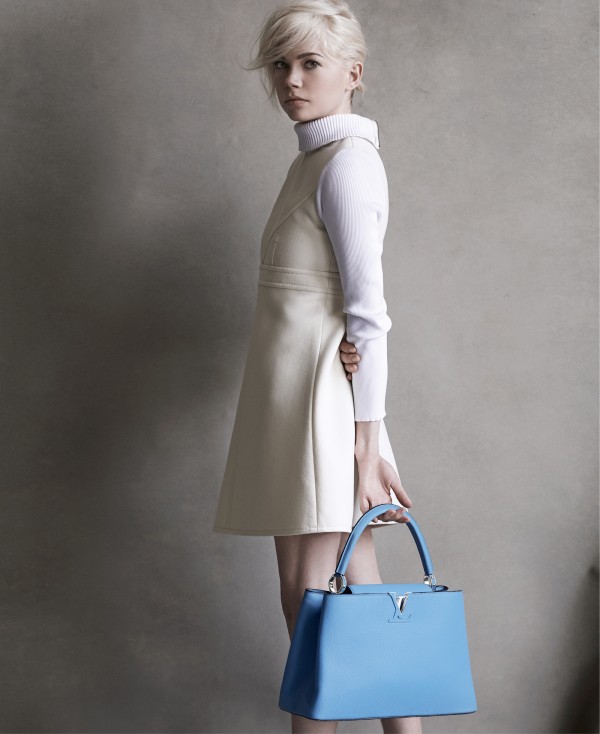 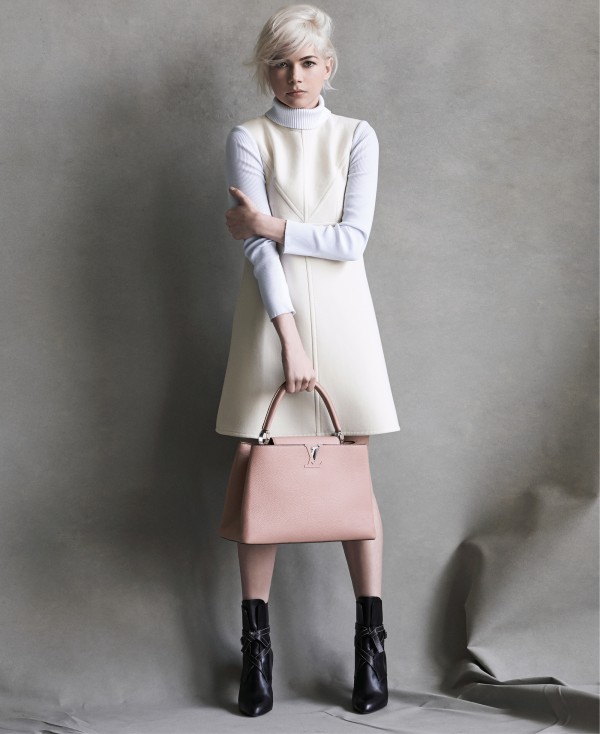 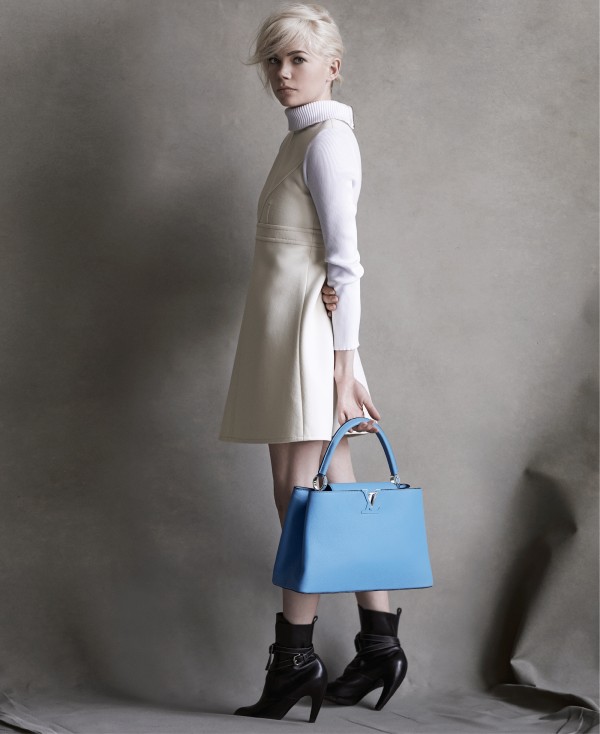 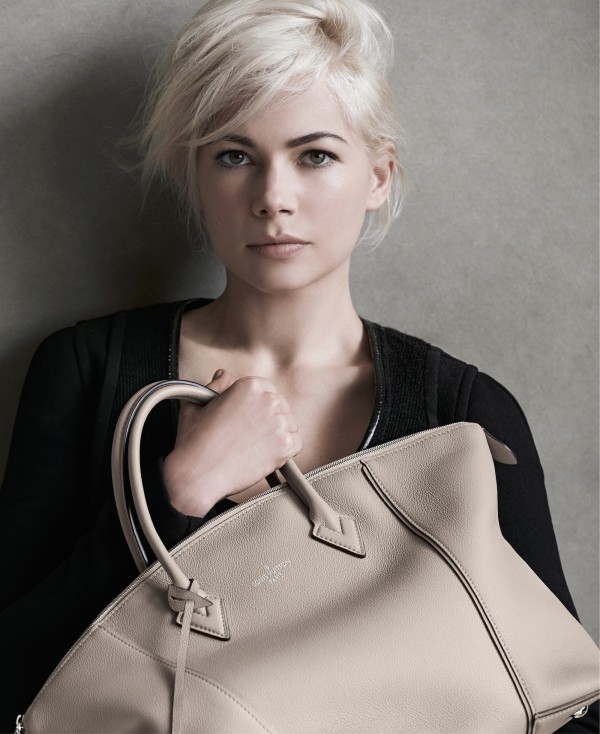 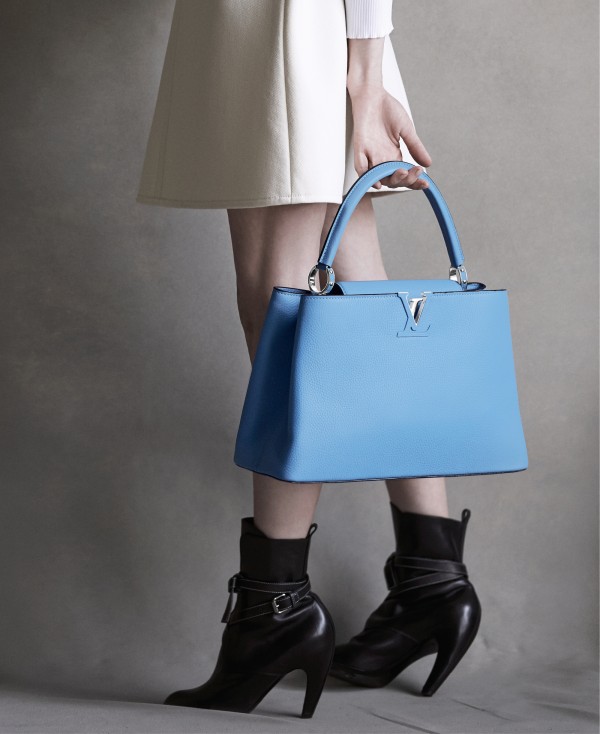