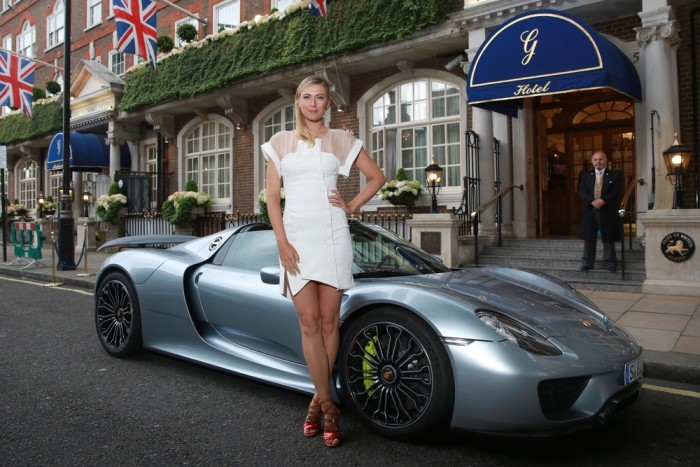 Newly crowned French Open champion, Maria Sharapova had an entrance to talk about at the WTA’s Pre-Wimbledon Party held in London yesterday. She arrived in style, chauffeured by former Formula 1 driver Mark Webber in a $1.2 million Porsche 918 Spyder. Both stars attracted a lot of ooohs and aaahs from the stunned onlookers, but the leggy Russian’s red carpet entrance received the loudest cheers.

“What a fantastic way to arrive at the party. To be in the fastest Porsche with a racing driver like Mark is amazing. And it’s great too to be driving in a city like London running only on electric power – the 918 Spyder is an unbelievable car!” said Sharapova. 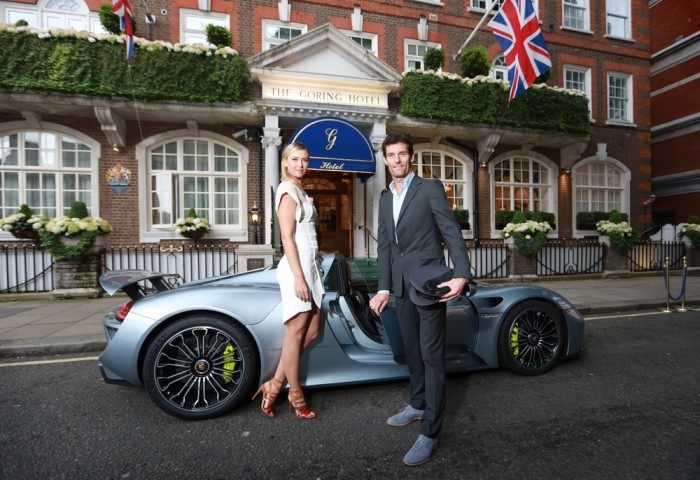 Australian Mark Weber, who now drives for Porsche, and competed at the Le Mans 24 Hours last weekend in a Porsche 919 Hybrid race car was also in awe of the events said, “The 918 Spyder is the closest thing to a road-going version, and it’s just as amazing – especially as it can be driven into London for free. And of course it’s great fun to drive Maria around in it!”

At this year’s Wimbledon Sharapova tries to add a second All England Tennis Club title 10 years after she won her first. The prestigious Pre-Wimbledon Party was held at the Kensington Roof Gardens. Other top tennis stars to attend the event include Serena and Venus Williams, Victoria Azarenka, Eugenie Bouchard, Ana Ivanovic and Andrea Petkovic. They were all driven to the event in a chauffeured Porsche Panamera S E-Hybrid. 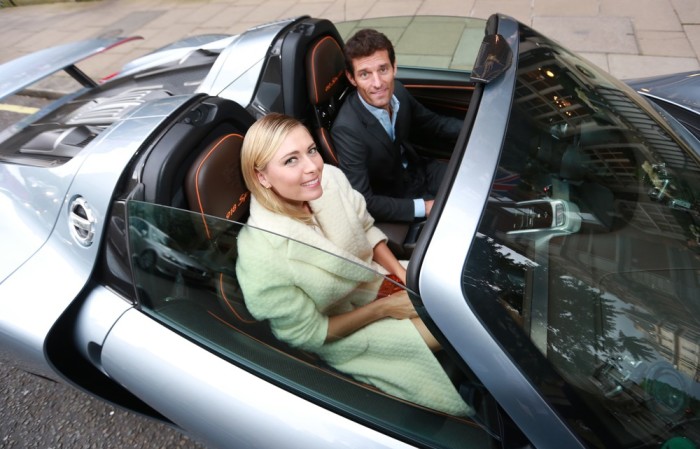 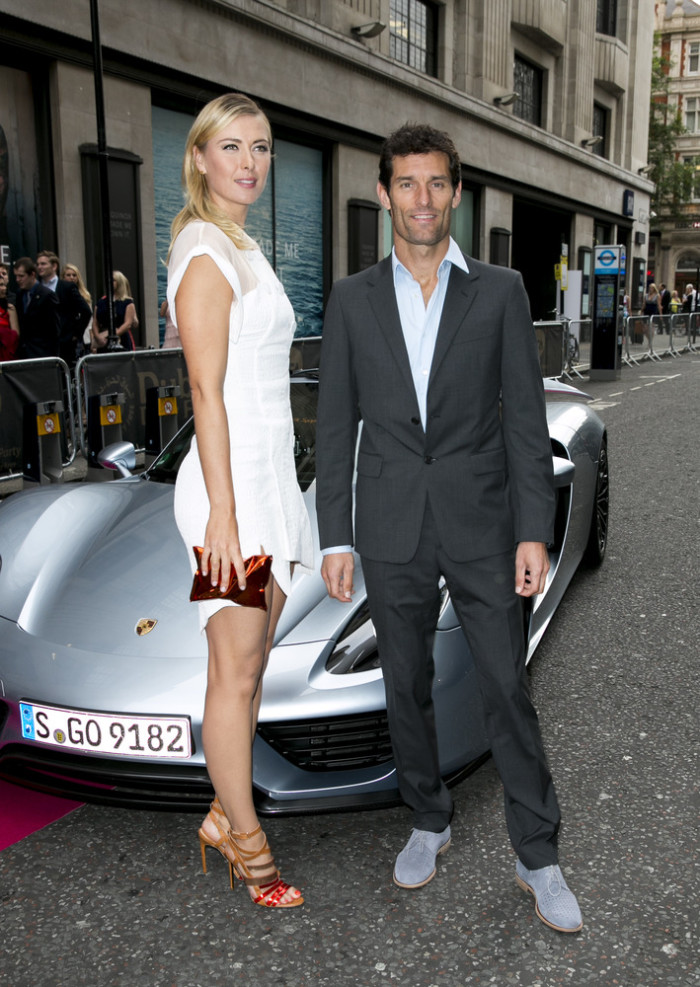 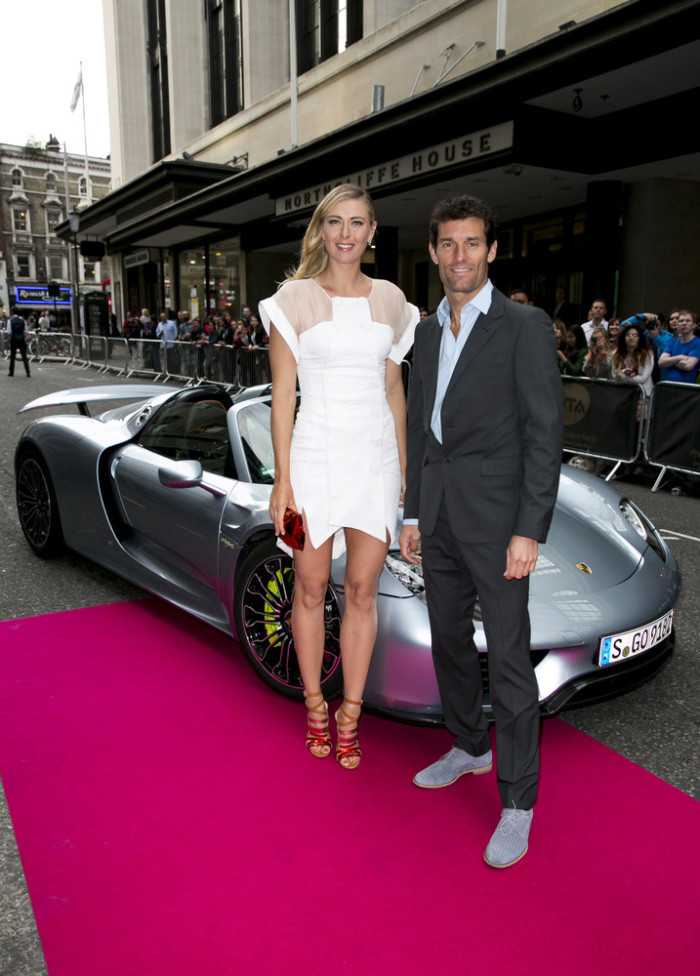 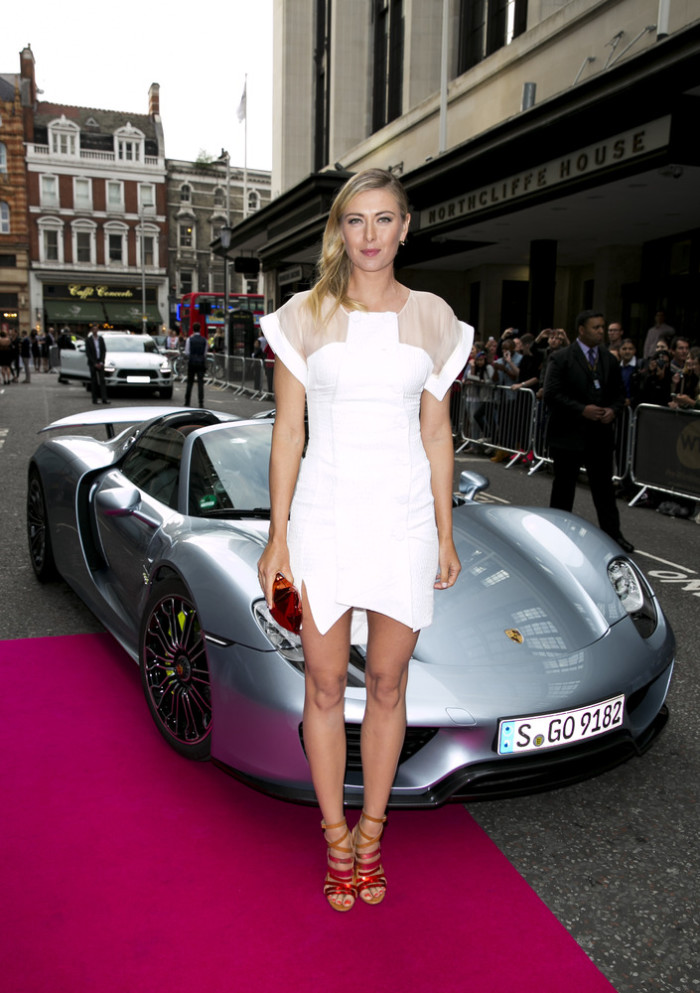 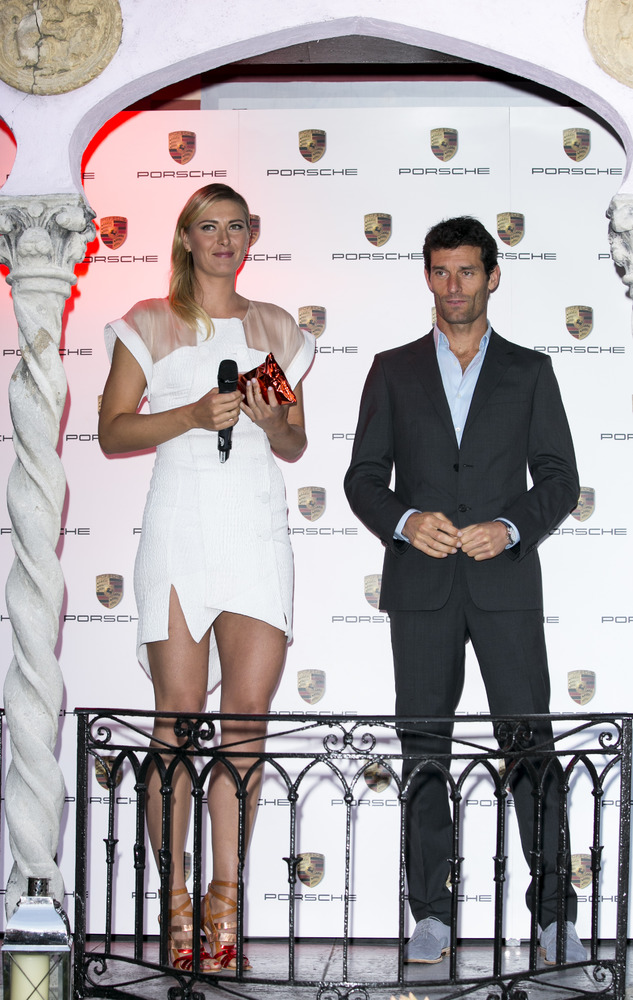 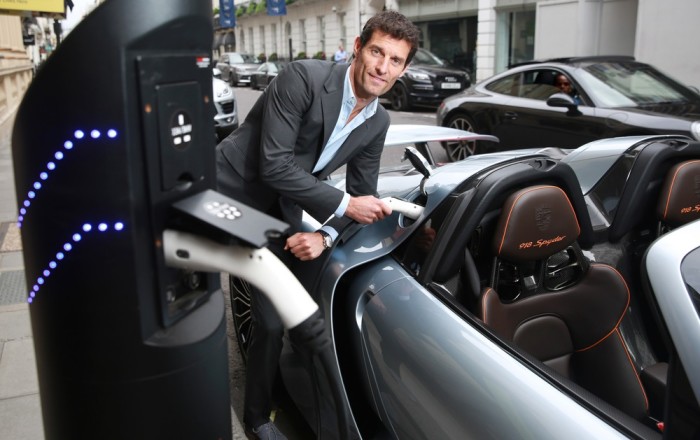