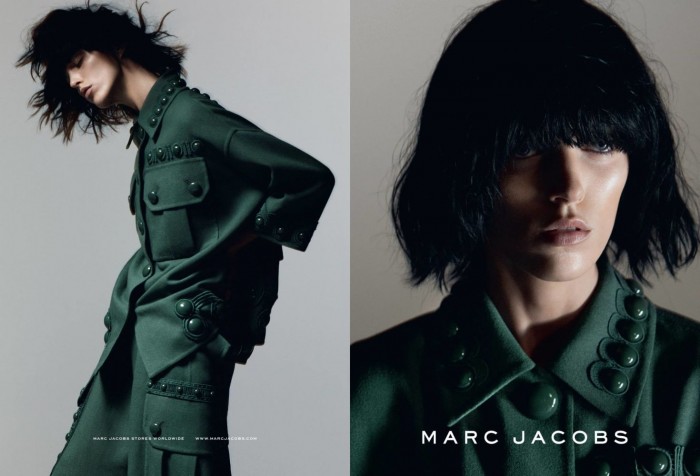 Sneak peak time at Marc Jacobs is over, now for the real stuff. After teasing fashion hungry fashionistas with bits and pieces of their Spring/Summer 2015 ad campaign in December, the fashion house has now released the full version of it. Top models from both side of the Atlantic appear on the campaign shot by British fashion photographer David Sims. Models from Anya Rubik, Kendall Jenner, Karlie Kloss, Joan Smalls, Jessica Stam and Natasha Poly to Issa Lish, Adriana Lima and Anna Ewers made themselves available for the campaign.

In all the brand released nine photographs in a two-page format that shows on one side a close-up and on the other detailed profile of the model. Katie Grand styled models sports messy black bobs just like they were seen in the Marc Jacobs fashion show. The make believe “no make-up look” is done by make-up artist Diane Kendal. 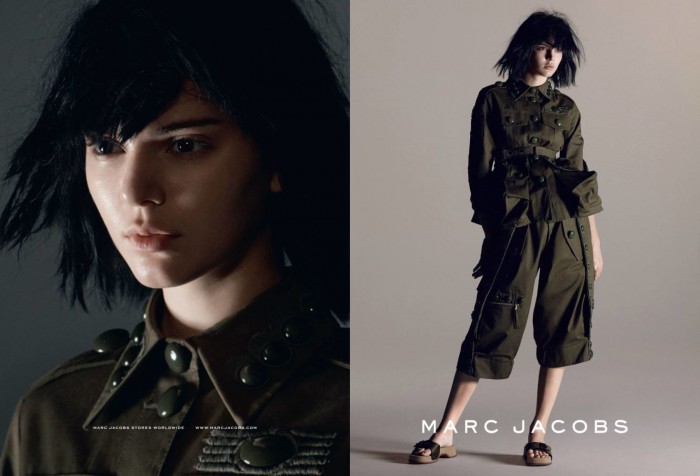 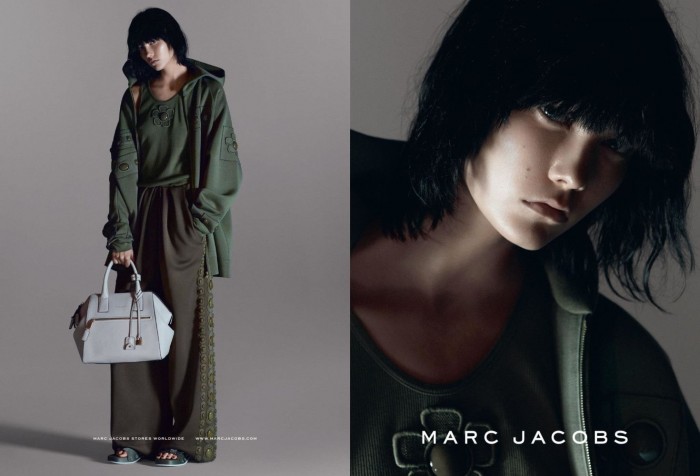 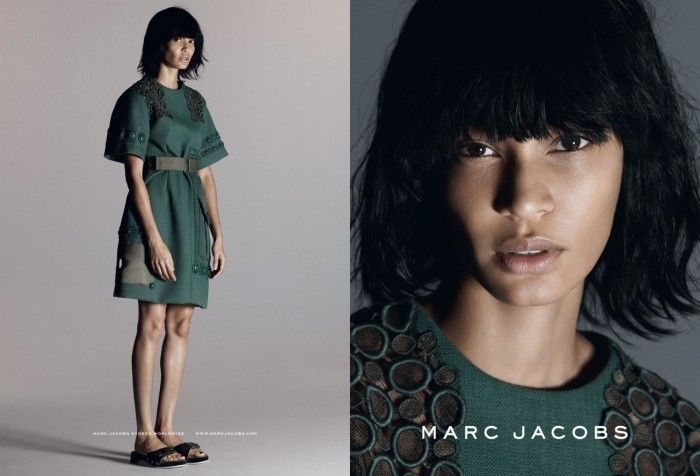 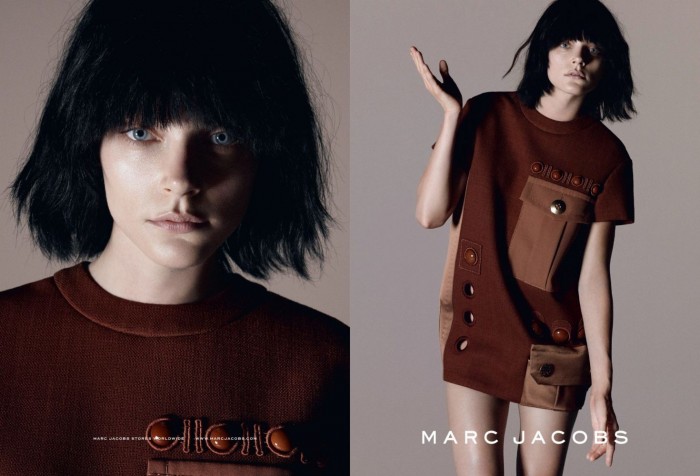 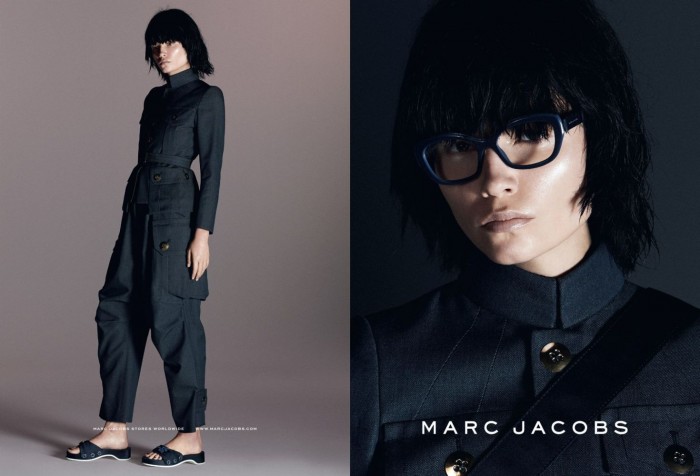 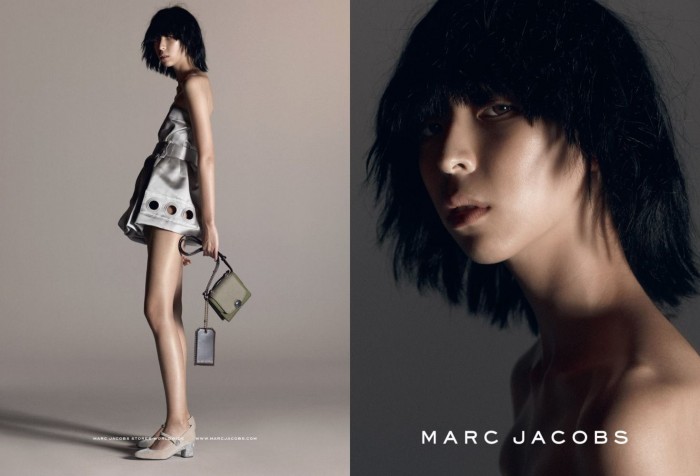 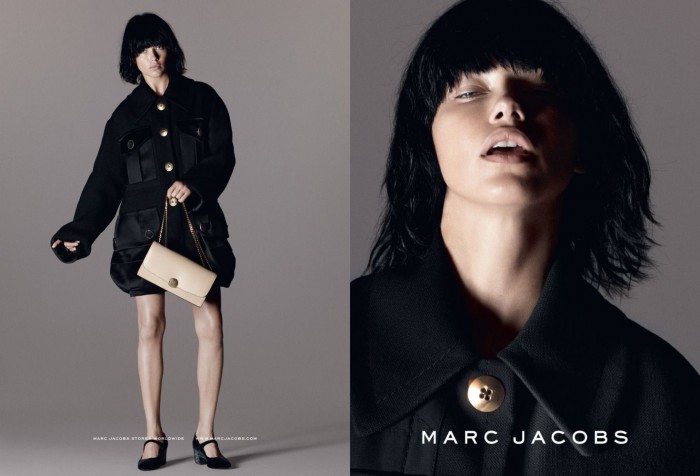 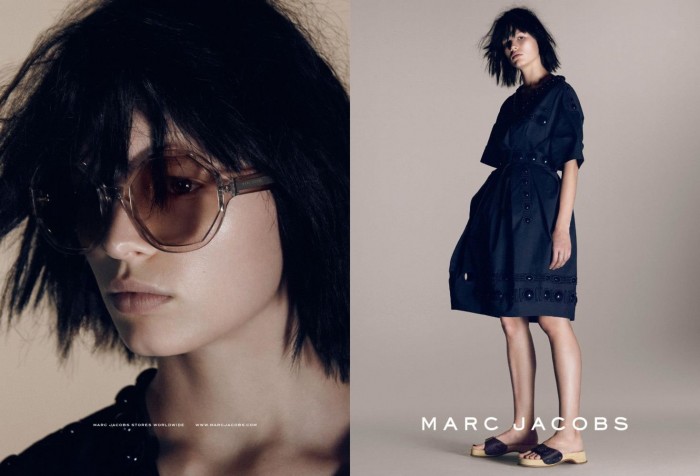