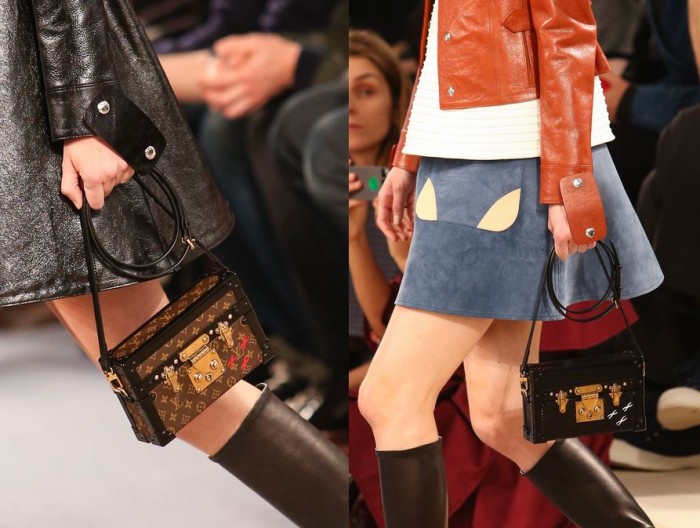 Nicolas Ghesquière’s start as creative director at Louis Vuitton is a resounding success. Marc Jacobs’s successor unveiled his first collection for the fashion house with styles that is a complete departure from his predecessor. The attention grabbing item of the FW2014 collection is the Petite Malle handbag or small trunk in English, a miniaturized version of the famous Louis Vuitton monogrammed trunk.

While at Balenciaga, Ghesquière created the best-selling Lariat bag, he would expect the same for his creations at Louis Vuitton. From the oohs and aahs heard at the Louis Vuitton show, it is a given that the Petite Malle will be a must-have bag when it goes on sale in fall. The desirable bag is available in two distinctive styles, one in a classic monogrammed style and the other with a removable cover, when the cover is removed the hard-case trunk in multiple colors or leathers is revealed. They are mainly seen in three materials Monogram Canvas, Damier Ebene and Epi. 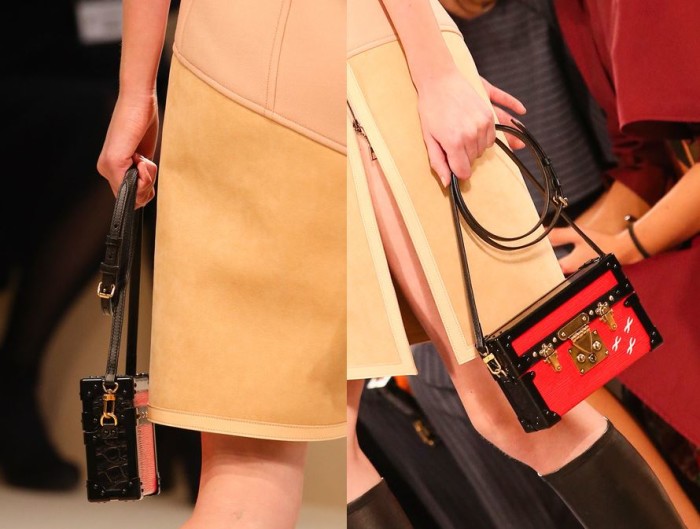 The boxy bag features among others a fold over lid top, clasps and buckles. Once you remove the shoulder strap it can be carried as a clutch, a very boxy clutch. Two lucky ladies other than models were seeing carrying the boxy clutch, one was Delphine Arnault, daughter of LVMH boss Bernard Arnault. The other, seen with an orange clutch was Natalia Vodianova, Russian model and girlfriend of Antoine Arnault, son of Bernard.

To get pricing for the clutch/bag you’ll have to wait for the release, which will be by fall, as you know it will come with a hefty price tag. 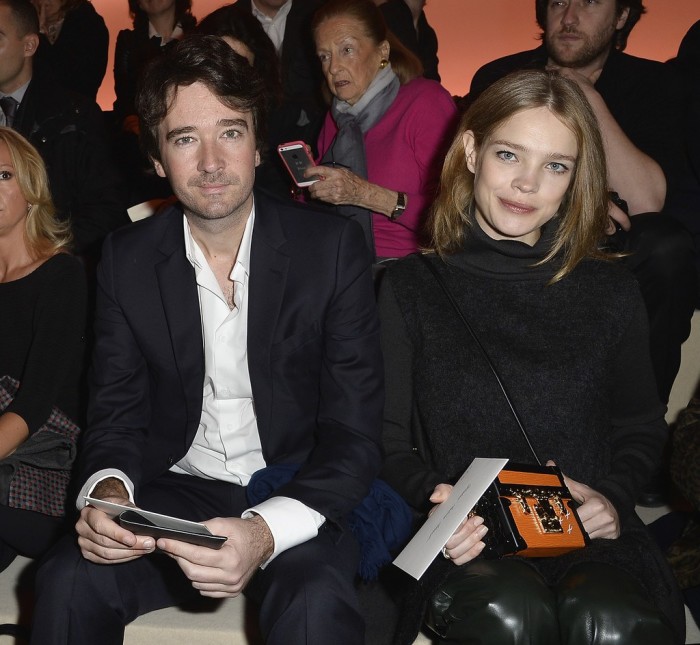 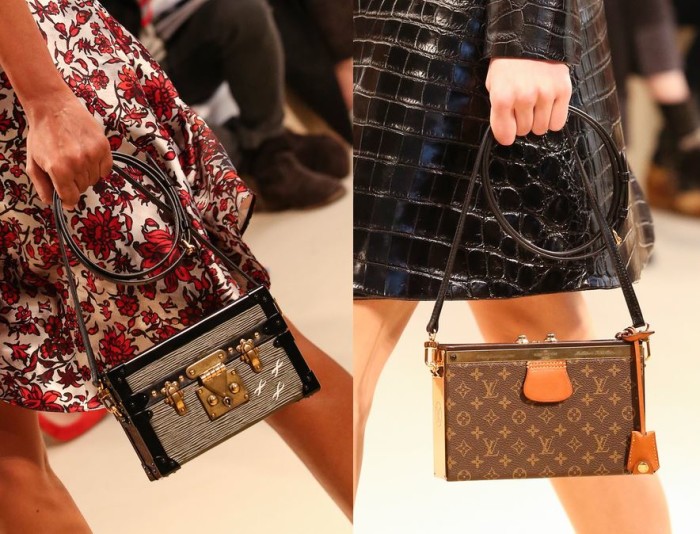 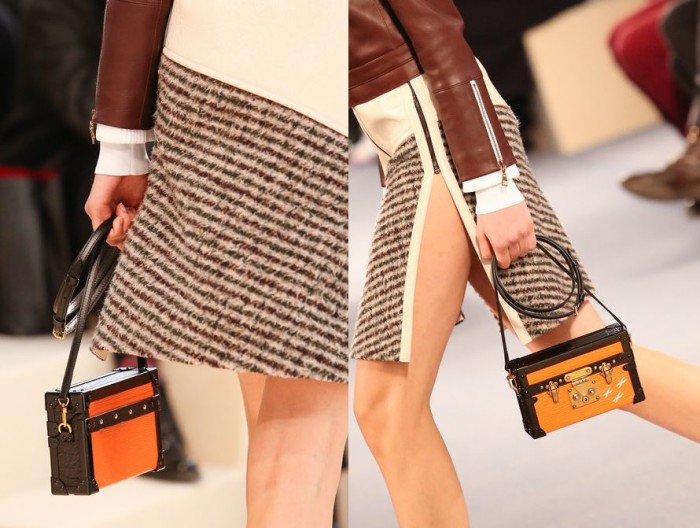 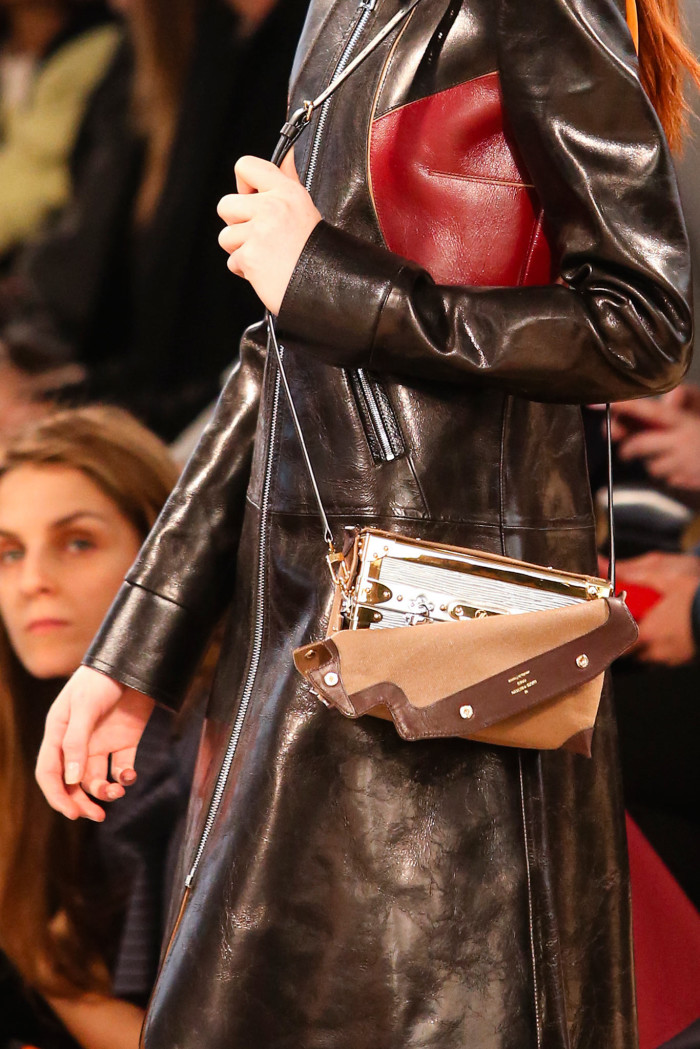