French perfume house Guerlain started a new trend in 2011 to cater specially to the Russian luxury goods market. They entered the market with Le Bolshoï perfume paying tribute to the newly renovated Bolshoi Theater in Moscow. This year they are paying homage to Russia’s celebrated ballerinas with the Le Bolshoi Prima Ballerina by Guerlain, a reissue of Moscow from in-house perfumer Thierry Wasser’s discontinued City series.

So far except for 2014, Guerlain used an existing perfume for the Russian collection. In 2011 they started with a reissue of Les Secrets de Sophie, re-named Le Bolshoi and retitled the same as Le Bolshoï La Traviata for the 2012 edition. The theme for 2013 changed to Red Square, and named the perfume Place Rouge, chose another one of Wasser’s creations Quand Vient la Pluie. 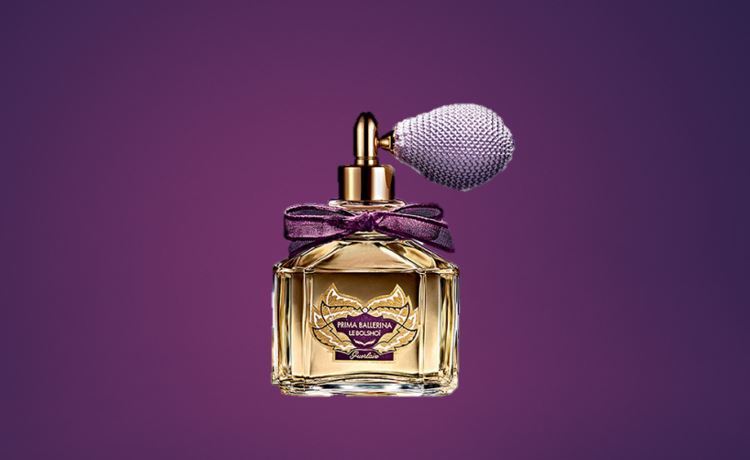 For 2014 edition they decided to design a new fragrance exclusive to the collection named Le Bolshoi Black Swan, a composition made up of milky sandalwood, citrus, and fresh floral notes. Vetiver Pour Elle fragrance from 2004 was recycled for 2015 edition named Carmen in honoring not one but two events. It was Bolshoi’s 240th anniversary which they celebrated with a performance of Carmen opera. And the opera itself celebrated its 140th anniversary, it debuted in Paris in 1875.

That’s the history of Guerlain’s Russian collection. Perfume notes feature fresh notes of lemon, bergamot, and red currant, along with the charms of jasmine, absinth, plum, vanilla, pine needles and the main combination of Tonka and white musk. If you are looking to buy the purple-clad Le Bolshoi Prima Ballerina by Guerlain, TSUM department store in Moscow is the place to go. The 60 ml Edp costs €360.