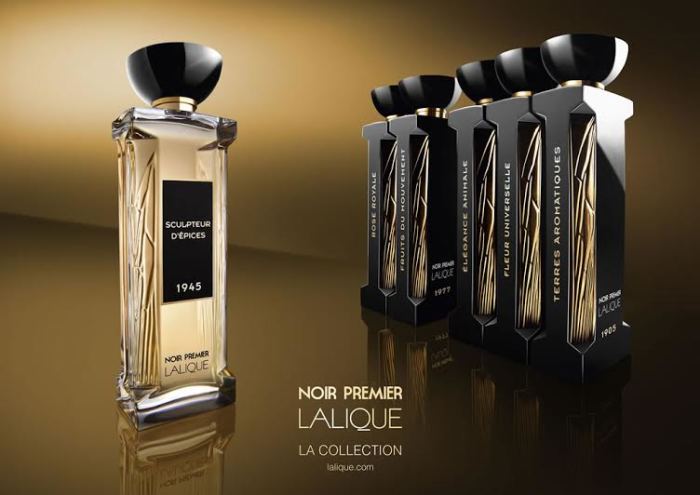 In addition to being a crystal manufacturer, Lalique also have a rich history of making luxury fragrances. And, they likewise have a long history collaborating with Harrods going back decades. Lalique recently announced the launch of Noir Premier Collection, a six-fragrance collection that celebrates Lalique’s perfume making journey through the years. Sold exclusively at newly opened Harrods Salon de Parfums, each 100ml bottle come with a £180 ($290) price tag.

The six-fragrances of the collection are Fleur Universelle (1900), Terres Aromatiques (1905), Rose Royale (1935), Sculpteur d’ Epices (1945), Fruits du Mouvement (1977) and Elegance Animale (1989). Of the six perfumes, Sculpteur d’ Epices, was created exclusively for Harrods. Each perfume of the collection has a story to tell. For example, Terres Aromatiques from 1905 marks the year, celebrated perfumer François Coty met René Lalique. This meeting gave Lalique its start in luxury fragrance making.

Its beautiful flacon, designed to resemble Roman numeral “I” comes engraved with wings motif on the translucent glass edges and the “Swallows” symbol on the cap. The name of the fragrance is written in gold on the left side of the bottle, while “Noir Premier Lalique” and the year of fragrance’s creation is inscribed on the front.

The flacon is offered in a beautiful black lacquer chest, of which interiors are lined with faux-suede. For additional protection lacquer box is placed in a black cardboard overbox, which is covered in a black and gold sleeve circled with a band presenting the name of the fragrance in the collection’s familiar gold. 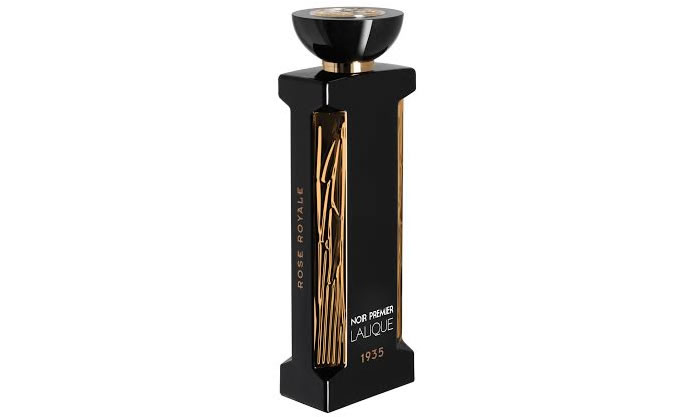 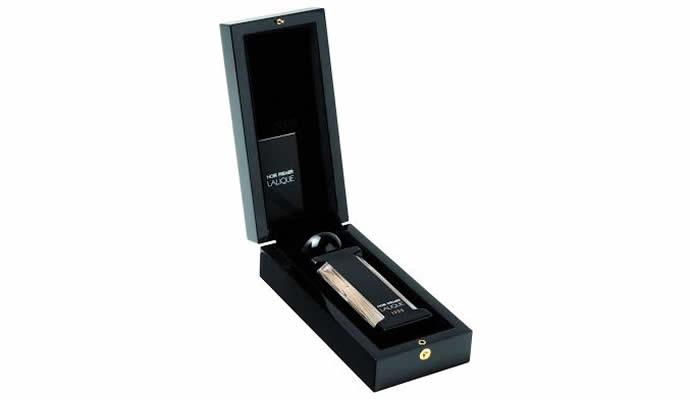