Wearing a long blonde wig, Lady Gaga channeled Donatella Versace to perfection for the Italian label’s Spring/Summer 2014 ad campaign shot by Mert Alas & Marcus Piggott. The new face of Versace and the fashion house are made for each other, even if you prefer to ignore their shared Italian heritage.

In a Tweet late Saturday Versace confirmed the rumor doing rounds that Lady Gaga, in fact, is the face of Versace, a Tweet that included its own hashtag #VersaceLovesGaga.

The mutual admiration between Lady Gaga and Donatella runs very deep. A Versace loyalist since she arrived at the music scene, Gaga’s latest album included a track named “Donatella” in her ARTPOP album, in which she sang gloriously “Who’s that bitch, she’s so thin, She’s so rich and so blonde, She so fab, it’s beyond…” 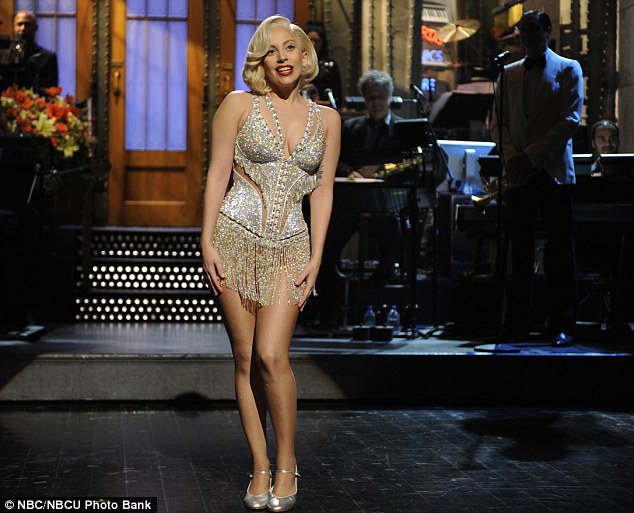 I think we shouldn’t be that surprised with Donatella choosing Gaga as her muse for the latest campaign. Donatella dressed-up Gaga in “Edge of Glory” video and for her “Born This Way” tour. Last week Gaga wore a stunning gold and sequined Versace couture to Saturday Night Live appearance. Then Tweeted with the hashtag #SNLVersaceGaga am I dreaming?

Donatella for her part said of Gaga “I am honored that my friend Lady Gaga is the face of our new Versace campaign,” Donatella said. “I wanted to capture her true beauty and spirit in images that are elegant and alluring. She is like family to me, the embodiment of the Versace DNA.”

It’s all in the family between Lady Gaga and Donatella at Versace.