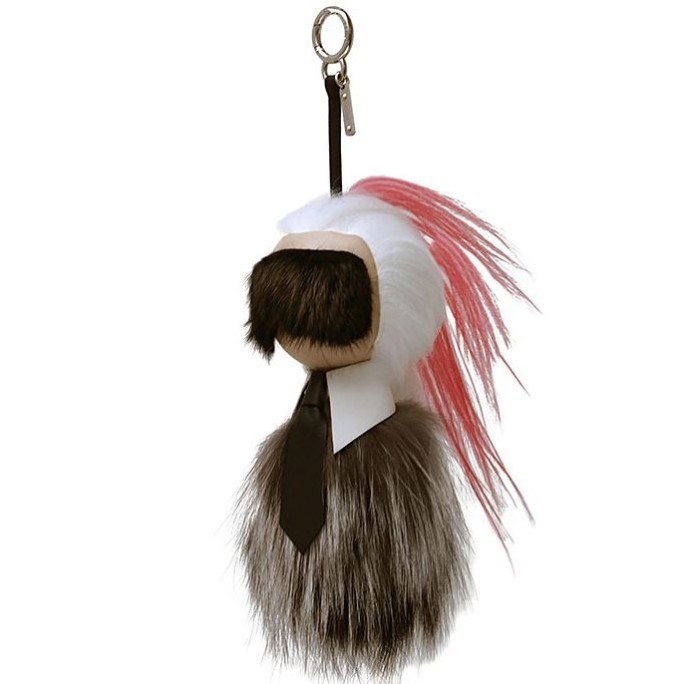 Just like the Fendi Buggies introduced during the holiday season, Karlito can be attached to handbags. During the show Karlito was introduced by British model Cara Delevingne in a furry helmet, carrying Karlito like a lantern in her fingertips. Karlito ended up being a star and came out to take a bow after the show. On backstage Silvia Venturini Fendi said “Not Bad Boy, Bag Boy.” 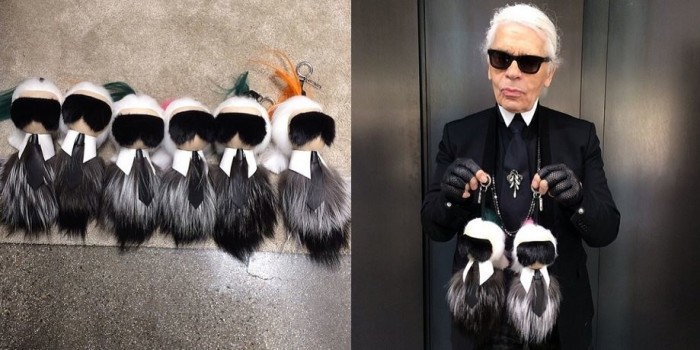 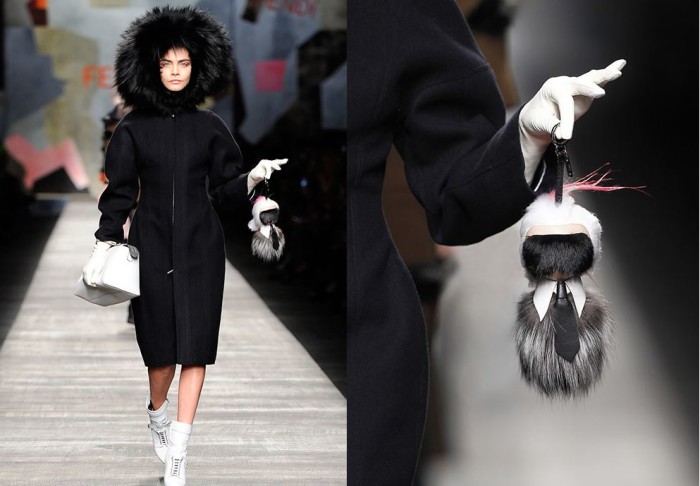