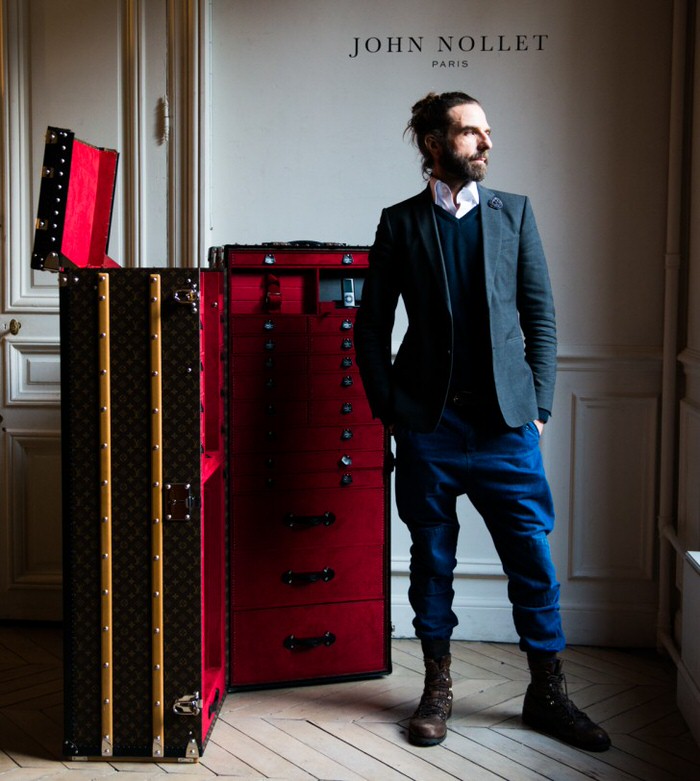 Much talked about fancy over-sized trunk for Nollet comes wrapped in Louis Vuitton’s iconic monogram canvas with black leather trim on the outside. Its interiors are lined with bright red velvet like material along with black leather details. The customized trunk boasts plenty of drawers and compartments for Nollet to pack any number of scissors and all other tools. 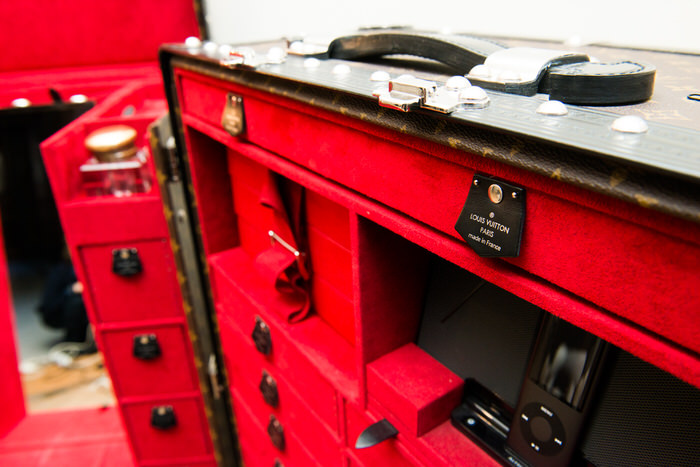 Designed and crafted by Les ateliers d’Asnières, it took them almost a year to complete entire process of making the trunk. The workshop in Asnières is where Louis Vuitton make most of the custom orders and Nollet made few trips there to work with over hundred artisans during its design and production process. Nollet told online French magazine Covateur “I was working with these amazing people who are working in Asnieres, the place where special ordered pieces are made. 100 artisans, more special than the next, (worked there). Unbelievable you can’t imagine. It’s amazing. I couldn’t speak.”

The Hair Room Service Around The World tour took Nolte from Buenos Aires, Shanghaï, Dubaï, Moscow, Tokyo, Chicago and Milan to Istanbul. Now that successful tour is over he is back at Suite 101 at Park Hyatt Paris-Vendôme salon. Don’t worry, John Nollet’s Louis Vuitton Hair Trunk won’t be collecting dust at the salon. The globetrotting hairstylist has an envy-worthy list of stars and celebrities on his client list that include Elizabeth Hurley, Vanessa Paradis, Diane Kruger, Kylie Minogue, Uma Thurman and Johnny Depp. He will be going places to take care of celebrity hairs and lugging his impressive Louis Vuitton trunk around the world. 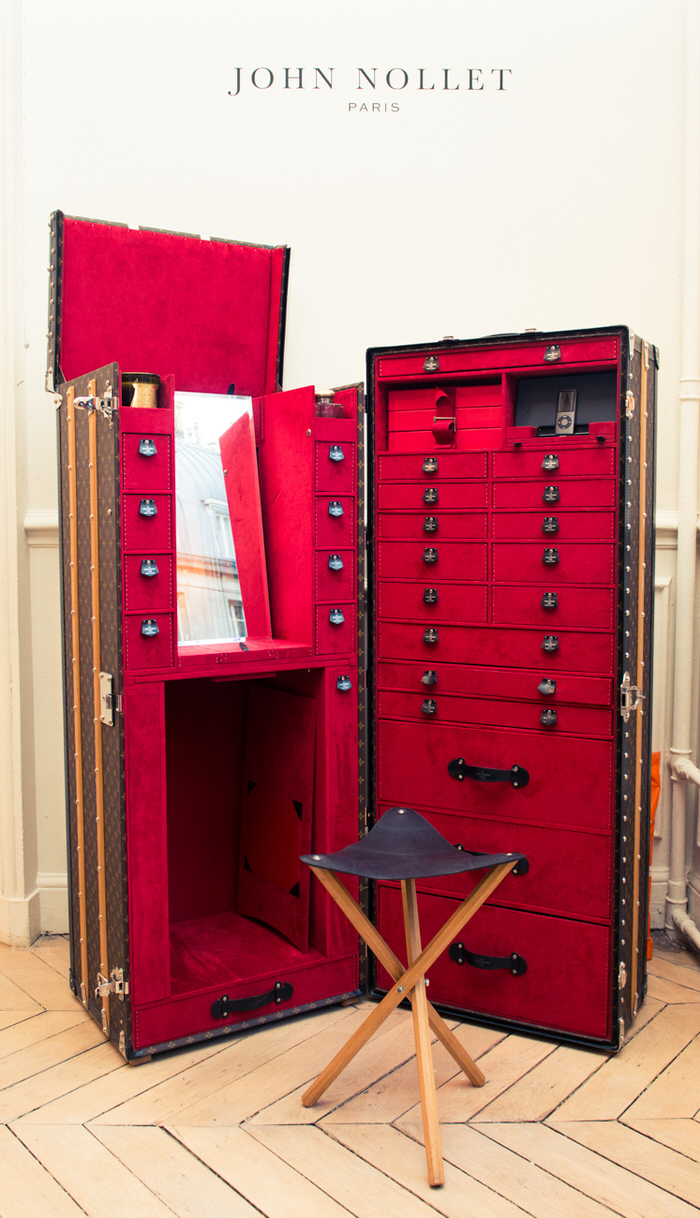 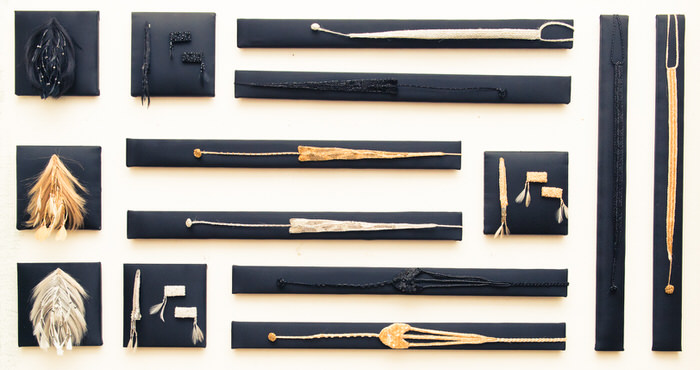 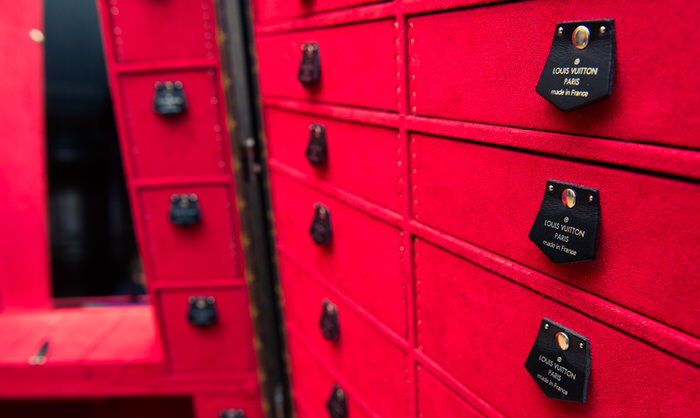 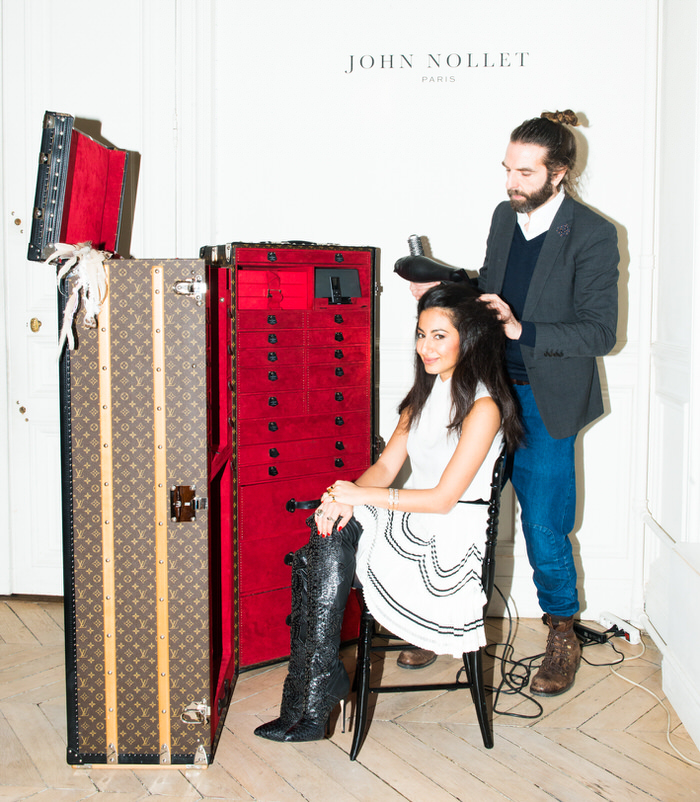