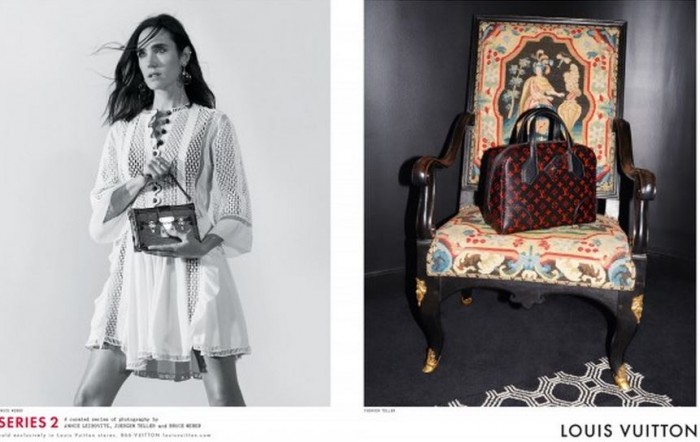 Bruce Webber photographed Connelly in Miami in settings full of graphic play of shadow and light. Connelly blends perfectly with lines and curves of the graphics to be a part of the story. Annie Leibovitz along with Danish Model Freja Beha worked in New York. Lebovitz shot Beha above three under construction buildings facing Central Park. Their photo-shoot is full of flair that highlights the collection in a setting familiar to Louis Vuitton clientele. 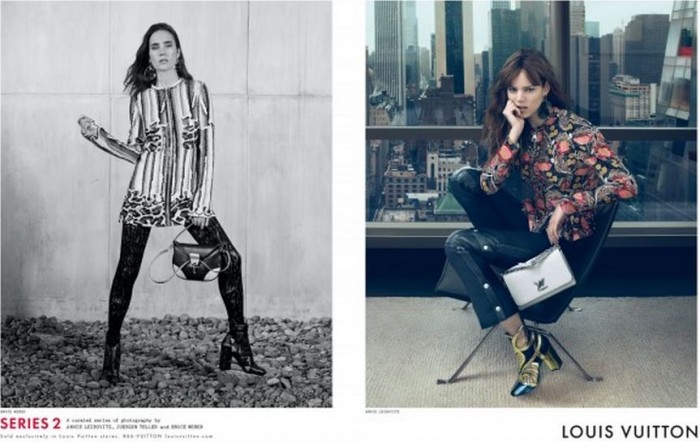 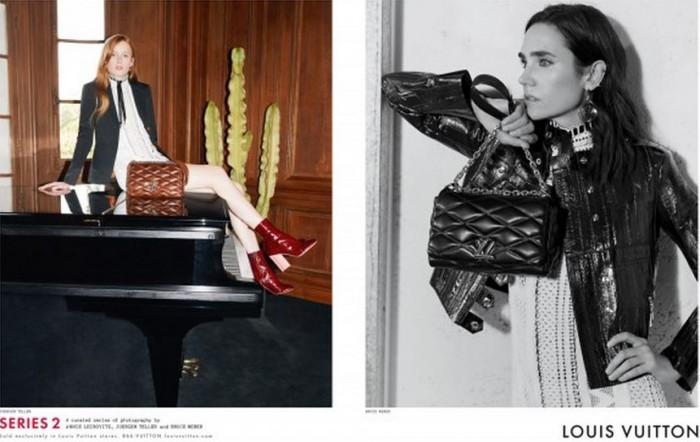 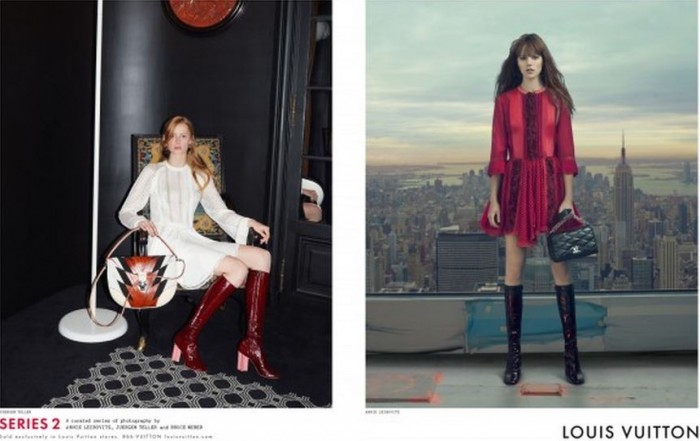 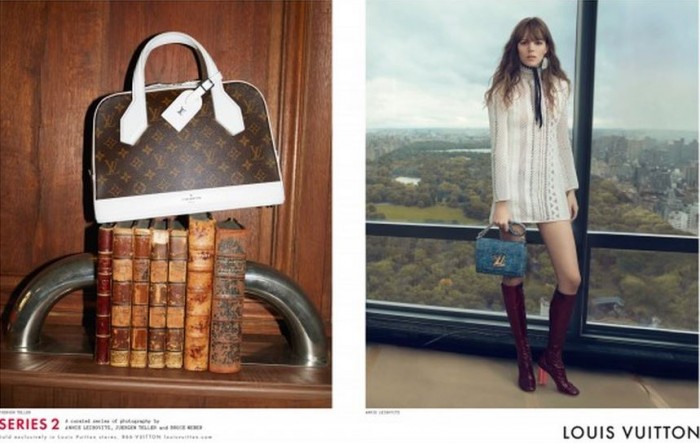 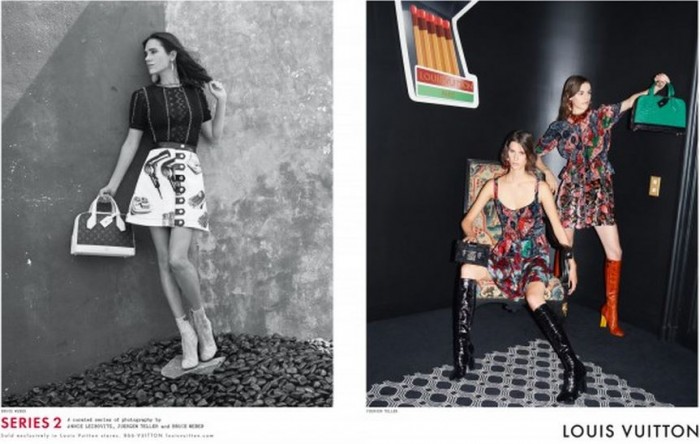