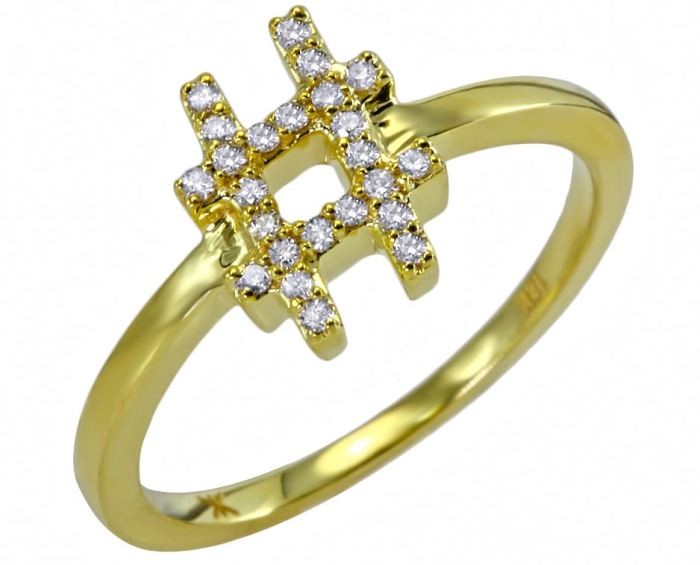 #Twitter will you #marryme ? This could be the ring for that social media savvy lady (not named Twitter) in your life. The Hashtag ring, designed by jeweler Haim Medine for his New York-based Khai Khai jewelry label is sold through luxury department stores Bloomingdale’s, London Jewelers, Louis Boston and Japan’s Ron Herman. The ring made from 18 karat gold comes decorated with 24 white diamonds and retail for $950.

Haim also created several other social-media related pieces of jewelry for the “Digitally Inspired” collection such as the @symbol pendant, a $1,650 ring with letters “FU” (means Follow Us), exclamation points and ampersands. His other creations include terms popular with millennials “YOLO” (You Only Live Once) and “FOMO” (Fear Of Missing Out).

Haim Medine’s family is long involved in fashion and jewelry design, so him entering the family business is not a surprise. Both his parents are jewelry designers and his father owns jewelry line Mark Henry. Haim’s sister Leandra Medine is a fashion blogger with her own blog named Man Repeller, she also double up as his muse and face of the brand. 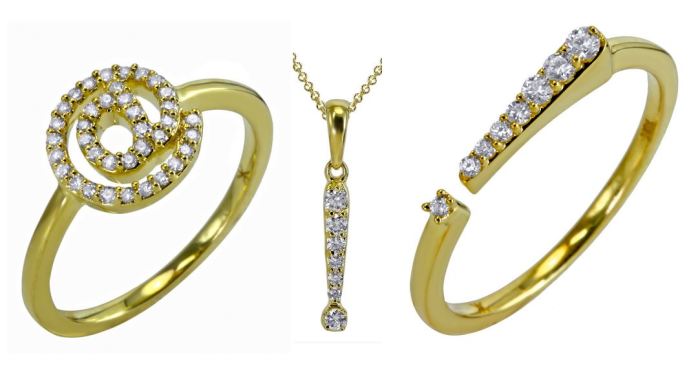