A movie is not just a movie nowadays without a lot of hoopla surrounding it prior to its release. With Disney’s release of “spectacular live-action” Cinderella just a few days away, Harrods decided to bring some fairy tale magic and enthusiasm to London with a window display. Throughout this month Harrods windows on Brompton Road will be transformed into a magical world to tell the mesmerizing story of Cinderella. 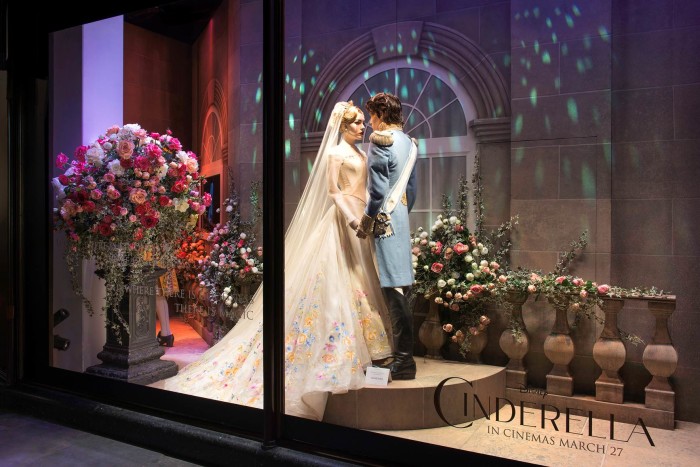 Of the six Harrods windows, one scene belongs to Cinderella and her Prince Charming’s wedding. On another wicked stepsister are trying out the glass slipper, and the third shows Cinderella meeting her Fairy Godmother, Lady Tremaine and the wicked stepsisters preparing for the ball. Also on display are the iconic glass slipper created by Swarovski and stunning original costumes designed by Academy Award winner Sandy Powell for the film. 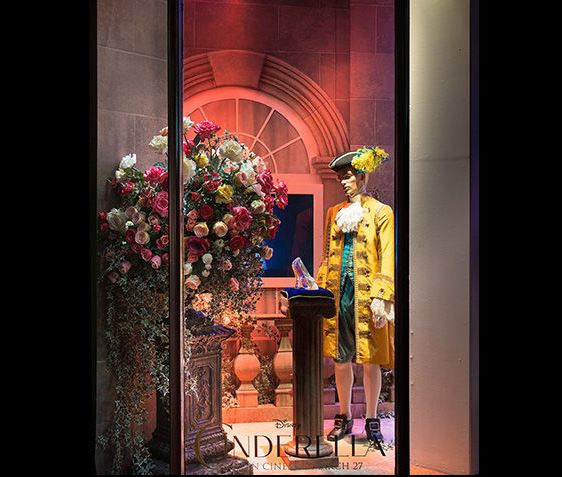 After the watching the windows Harrods want you to step inside and shop for Cinderella inspired fantasy shoe collection, Step Out Of The Ordinary. Nine world-renowned shoe designers including Paul Andrew, Nicholas Kirkwood and Stuart Weitzman at Disney’s invitation contributed to the special edition. We have covered about Charlotte Olympia’s capsule collection not so long ago here.