It has become a well-known fact that Japan and the culture of Far East have enticed the Europeans ever since 1919. This was perhaps the reason why Jacques Guerlain – third generation French perfumer the most famous of the Guerlain family and one of the most prolific and influential perfumers of the 20th century named his then; ‘new’ fragrance Guerlain Mitsouko. Mitsouko means “mystery” in Japanese and symbolizes passionate and mysterious femininity. To this day, many believe that this fragrance still remains as exceptional as ever over the years, still emblematic of the timeless appeal that characterizes the chypre fragrance family. 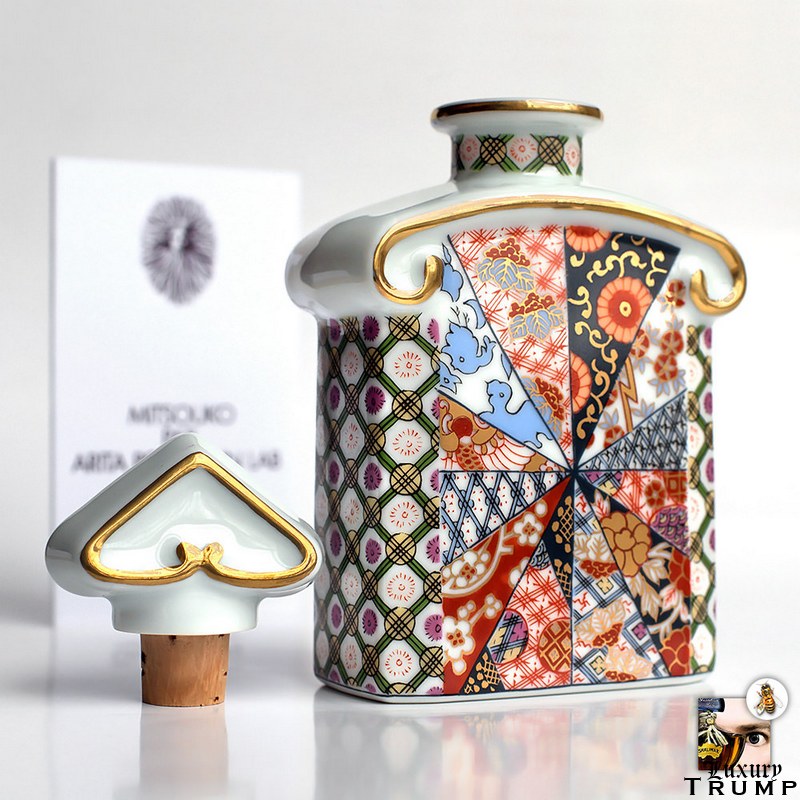 Arita Porcelain Lab is the modern brand name of the Yazaemon Kiln in Japan, one of Arita Porcelain Lab’s oldest and large-scale operating kilns, which was established over 200 years ago. The luxury and modern style of the Japanese Arita Porcelain Lab’s porcelain pieces are in its individual, one-at-a-time creations, brought to life by skilled artisans, taking advantage of the unique techniques passed down by the traditions of Yazaemon kiln, which have evolved only through many years of countless trials. 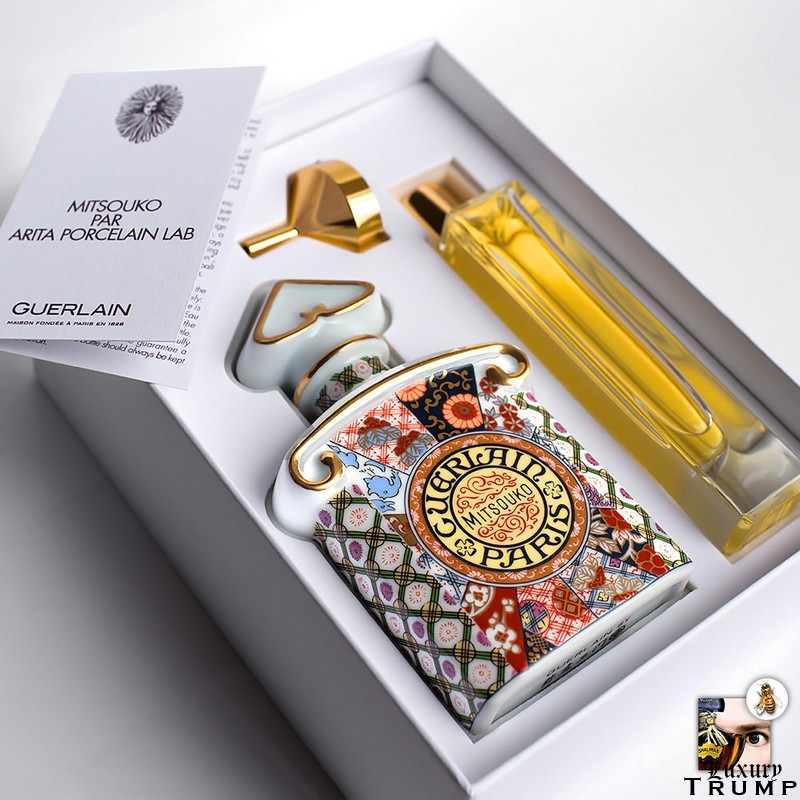 Thus given both these brands’ fascination and history with the Far East, it comes as no surprise that Arita Porcelain Lab has decided to celebrate its 400 years of ceramic creation this year by combining its Far East savoir-faire with that of the European Maison de Guerlain. To celebrate their 400 years of ceramic creation, Guerlain and Arita Porcelain Lab have collaborated to create a limited edition of the iconic Guerlain Mitsouko perfume bottle. Crafted entirely by hand using traditional techniques, the bottle is decorated with symbols of good fortune, melding tradition and modernity.

This collaboration between the perfumer and porcelain artisan is featured in an exhibition at the Guerlain boutique on the Champs Élysées, showcasing both the Mitsouko bottle and several other emblematic pieces from the Japanese porcelain workshop.