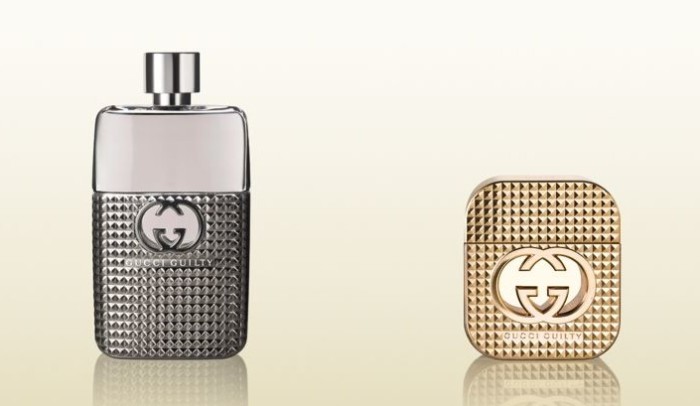 Gucci has given a makeover for one of its best-selling perfumes. Introduced during the holiday season at Harrods in London and Takashimaya in Singapore, Gucci plans to introduce Gucci Guilty Stud to 20,000 locations around the world in February.

Luigi Feola, vice president of P&G said “Gucci Stud is more of what we look at as a collector’s item.” Both his and her flacons features 400 individual studs per bottle. First introduced in 2010, women’s fragrance became a huge hit, it was a year later joined by Gucci Guilty Pour Homme.

“I have always had a love of the rock aesthetic, and it is a constant source of inspiration to me. I like to think of Gucci Guilty Stud as bottled rock attitude,” said Gucci’s Frida Giannini. 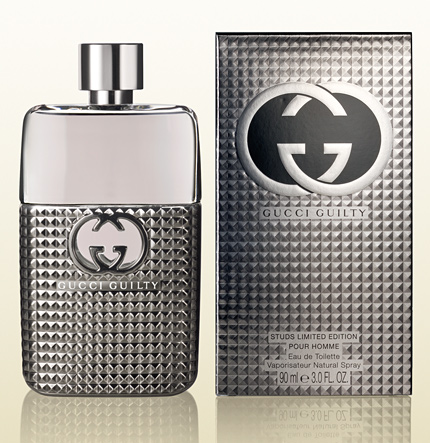 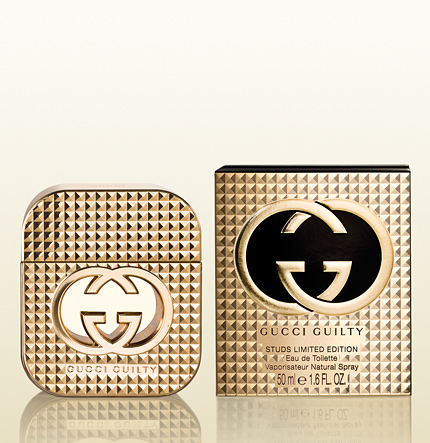