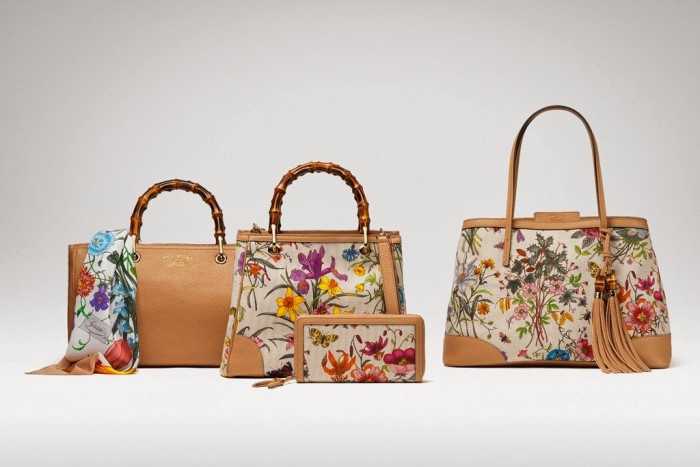 To celebrate their successful 50 years in Japan, Italian fashion house Gucci is launching a limited edition series of accessories based on their flora collection. In addition to the Gucci Flora Collection they are also launching a couple of charitable programs that will benefit UNESCO and Gucci-sponsored scholarships.

Gucci’s relationship with Japan began in the 1940’s when started to import bamboo for their handbag handles. But the official entry to the country as a luxury fashion brand happened in 1964 when they opened the first store in Ginza at the same time as the Tokyo Olympic Games. From then on Gucci brand stayed a favorite luxury brand of Japanese customers. 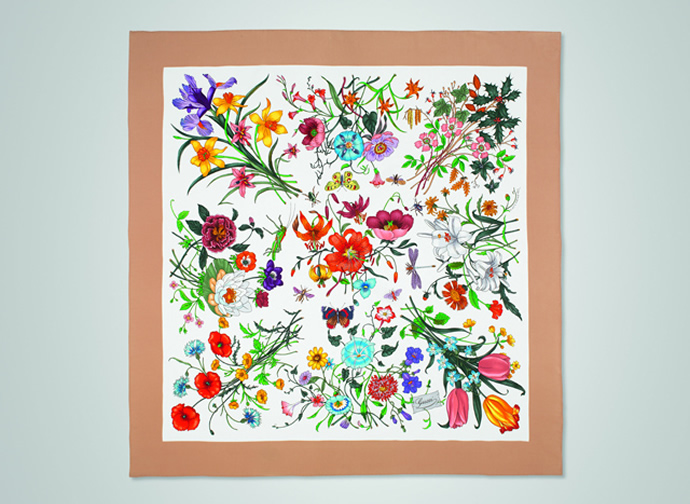 The capsule collection is set to release in March in time for Spring/Summer season and features hand painted flower handbags, women’s ready-to-wear, silks, shoes and jewelry. Sales from the special edition scarf priced at $457 will in its entirety go to the joint UNESCO Association Scholarship – Gucci Scholar initiative fund.

Other events organized for grand celebrations include a dinner for UNESCO to be hosted by Gucci’s CEO Patrizio di Marco and creative director Frida Giannini later in the year. Also on the cards is a charity gala to raise funds for the “Revalue Nippon Project” organized by former Japanese and Roma, Parma and Fiorentina player Hidetoshi Nakata with Gucci’s help. A special one-off items created for the project are to go under hammer for charity.

The collection will be unveiled at Gucci’s Isetan store in March with an event called “The House of Artisans” to show off the brand’s craftsmanship. Items will go on sale at other Gucci Japanese stores and department stores in April. 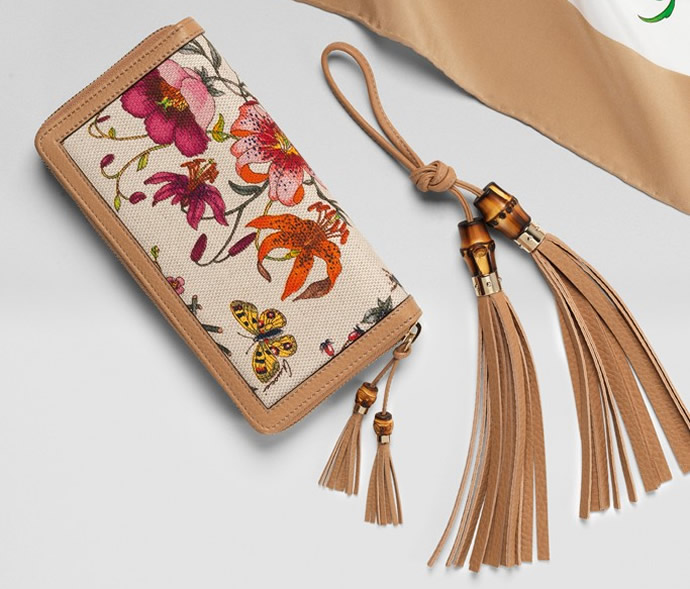