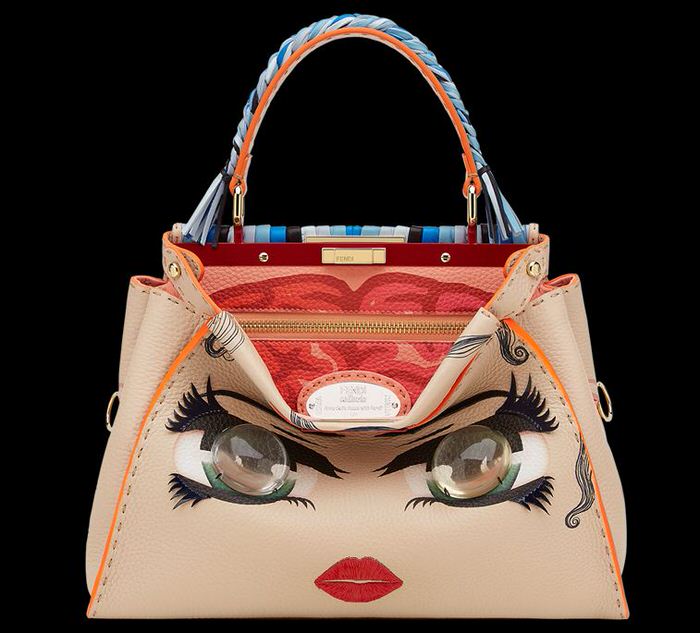 It is birthday celebration time in Japan for Fendi, the Italian fashion house is celebrating its 50th anniversary in Japan this year. To mark the occasion they have invited five celebrities – four Japanese and one international including artists, an actress and a fashion icon to create their versions of the celebrated Peekaboo bag. Talented personalities wore their creative hats to design limited edition unique Peekaboos that are now up for auction to raise funds for Tokyo University of The Arts. Funds from the charity initiative will be used to help nurture future leaders in the fields of art, design and music. The online auction at fendi.com run from April 20th to May 20th 2015 with bids starting at two million yen (around $16,800, €15,600). 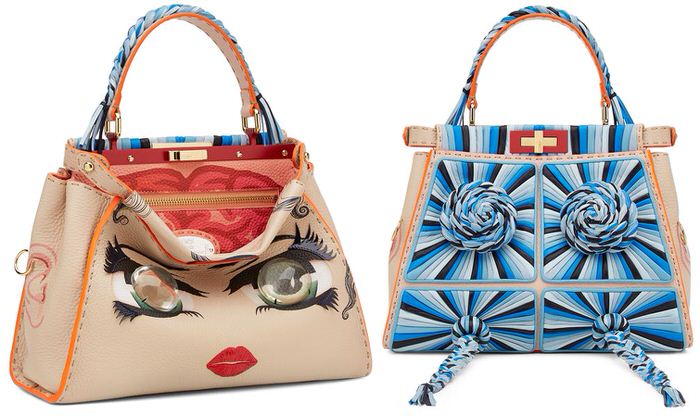 Vogue Japan Editor, Dello Russo “I have always wanted to design a manga bag. I have designed this to pay my respect to Japan, which has been and will always be the source of my inspiration.” 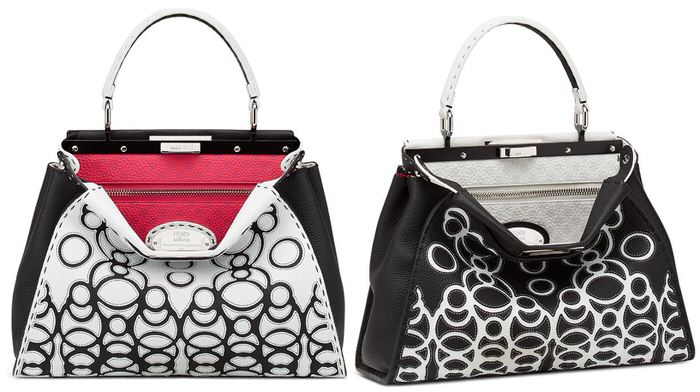 Artist Hiroko “In my expressions, I continue using only borders and lines in my pursuit of limitless possibility born out of restriction. This time, I used patterns made only of circles, consciously trying to bring out the Fendi Atelier’s supreme skill and technical expertise.”

Actress Inoue “I used Fendi’s iconic Pequin stripes for the lining and the brand’s DNA fur on the sides. This is an iconic bag accented by colorful leather.” 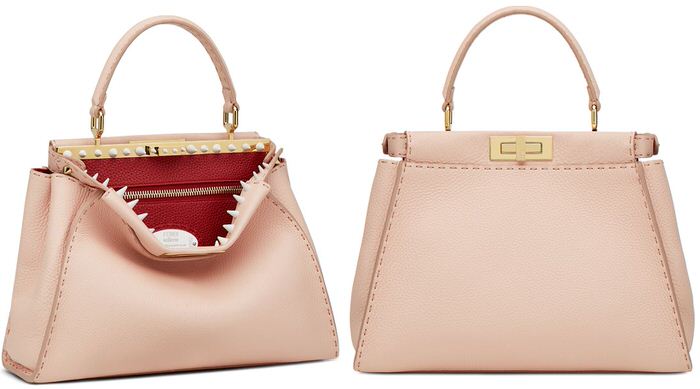 Modern Artist Matsui “I tried to incorporate a physiologically weird essence, something not loved by people. Although it wasn’t the same as creating a totally unrestricted piece of art, this bag lets you enjoy the craftsmen’s exquisite skills and techniques.” 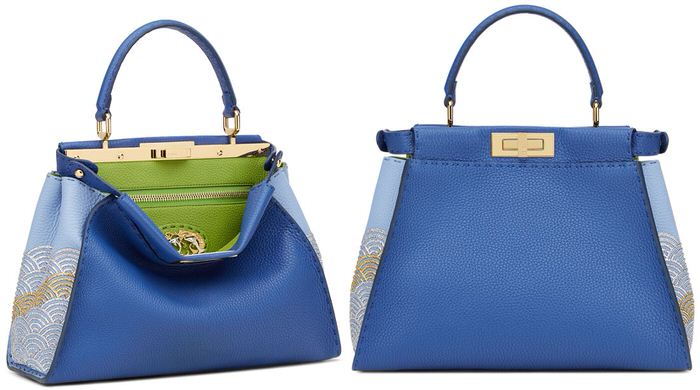 President, Tokyo University of the Arts – Miyata “I expressed the seigaiha, the traditional Japanese motif with embroidery, another ancient artistic expression. This has been fused into Italian leather craft. I used the lost-wax metal casting method to create my signature motif, the dolphin, dancing among golden waves. Then I put it on the plate.”