London in summer practically belongs to ultra-rich Arabs (and Russian oligarchs). As you know, they and their gold plated supercars arrive in London in private jets. And then they take over the entire Knightsbridge neighborhood where luxury department store Harrods is located among luxury hotels the Bulgari and the Mandarin Oriental. Now there is a new obsession for them to flash their money around, the new status symbol among young and old Arab males – the diamond-encrusted “Knightsbridge Shirt”.

Says Sajid Sumra, creator of the in-demand Knightsbridge Shirt, “I wanted to create a shirt that would capture the feeling and attention someone gets when they’re in a Lamborghini. Wearing a shirt with two-carat diamonds as buttons create an unforgettable and incredible image.” 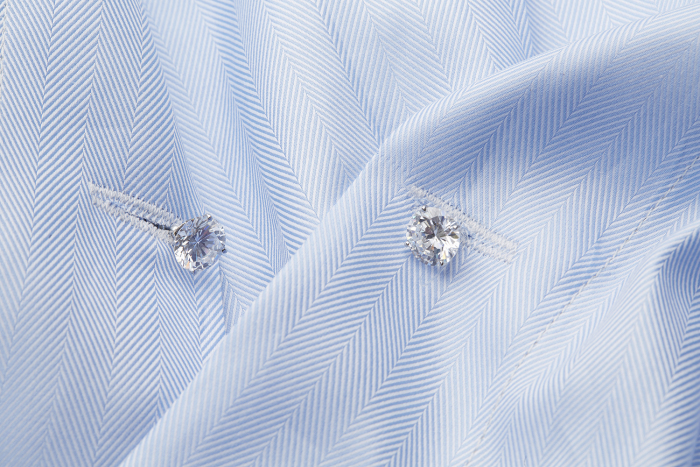 Offered in colors light blue, light pink and cream, shirts are made from the world’s most prized fabric Millennium Star cotton. Described as the Rolls-Royce of cotton it was created exclusively for the Saudi Royal family. Other fabric options offered include the equally luxurious Loro Piana Yarn, LV cotton from Louis Vuitton and the silk-like Sea Island cotton. Each shirt may take Sumra’s shirt maker’s six months to create with personalized options such as getting the owner’s name embossed in gold, big collars, and slim-fit cut. After everything said and done, shirts are delivered in a mahogany box with a certificate of authenticity for jewels, design, and workmanship. After-sale services include getting the shirt re-fit, re-set and re-polish, replace collars as well as cuffs on the anniversary every year. 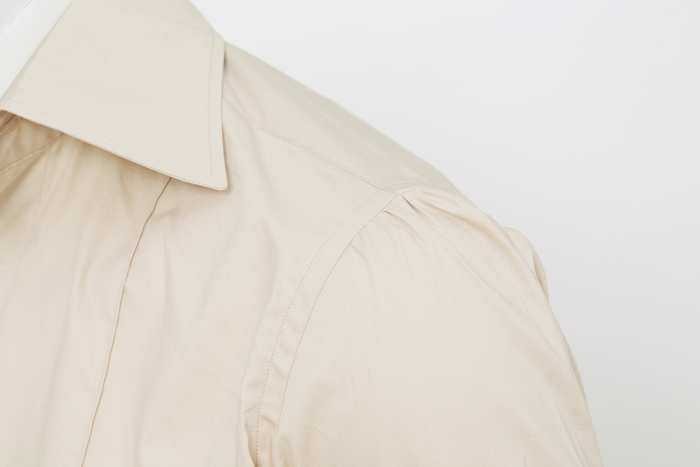 All precious stones including diamonds are ethically sourced from India and Belgium, they come with certifications from Gia and Kimberley Process. According to Sumra, they made a shirt worth Dh950,000 (about $259,000) for a Saudi customer with two-carat diamonds which were internally flawless. There is no need to worry about washing these priceless shirts because diamonds are removable. Wealthy Arabs are not the only ones clamoring for these shirts, it is a hit among Russian oligarchs and African oil barons as well. And they are all willing to wait for six months to get one too. At the moment they make shirts only for gents, but shirts and blouses for ladies with rubies, emeralds, tanzanite, and sapphires as buttons are on the way. In the meantime, you can head over to knightsbridgeshirts.com to do some window shopping.